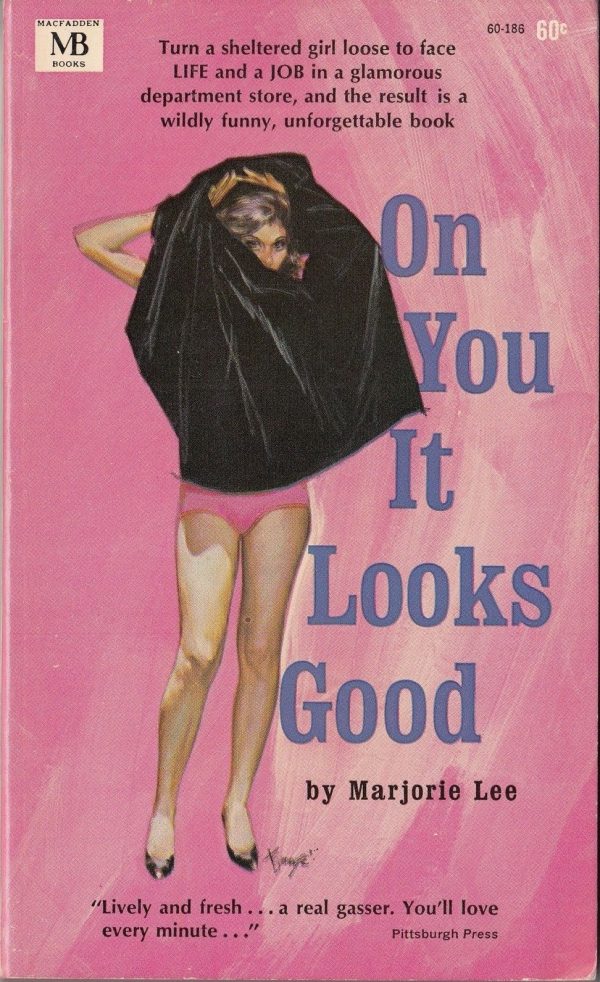 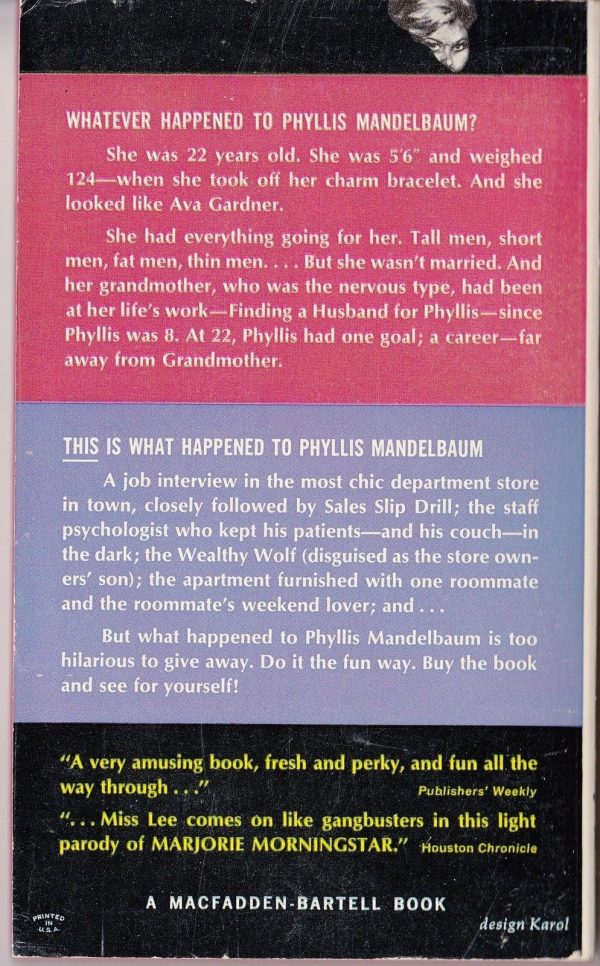 Turn a sheltered girl loose to face LIFE and a JOB in a glamorous departments store, and the result is a wildly funny, unforgettable book

WHATEVER HAPPENED TO PHYLLIS MANDELBAUM?
She was 22 years old. She was 5’6″ and weighed 124—when she took off her charm bracelet. And she looked like Ava Gardner. She had everything going for her. Tall men, short men, fat men, thin men…. But she wasn’t married. And her grandmother, who was the nervous type, had been at her life’s work—Finding a Husband for Phyllis—since Phyllis was 8. At 22, Phyllis had one goal; a career—far away from Grandmother.
THIS IS WHAT HAPPENED TO PHYLLIS MANDELBAUM
A job interview in the most chic department store in town, closely followed by Sales Slip Drill; the staff psychologist who kept his patients—and his couch—in the dark; the Wealthy Wolf (disguised as the store owners’ son); the apartment furnished with one roommate and the roommate’s weekend lover; and …
But what happened to Phyllis Mandelbaum is too hilarious to give away. Do it the fun way. Buy the book and see for yourself!

3 thoughts on “On You It Looks Good”