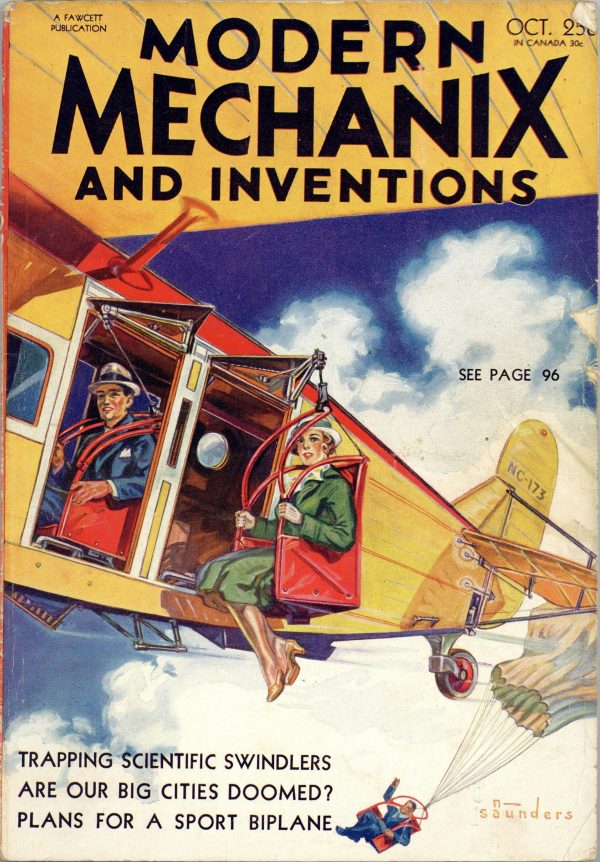 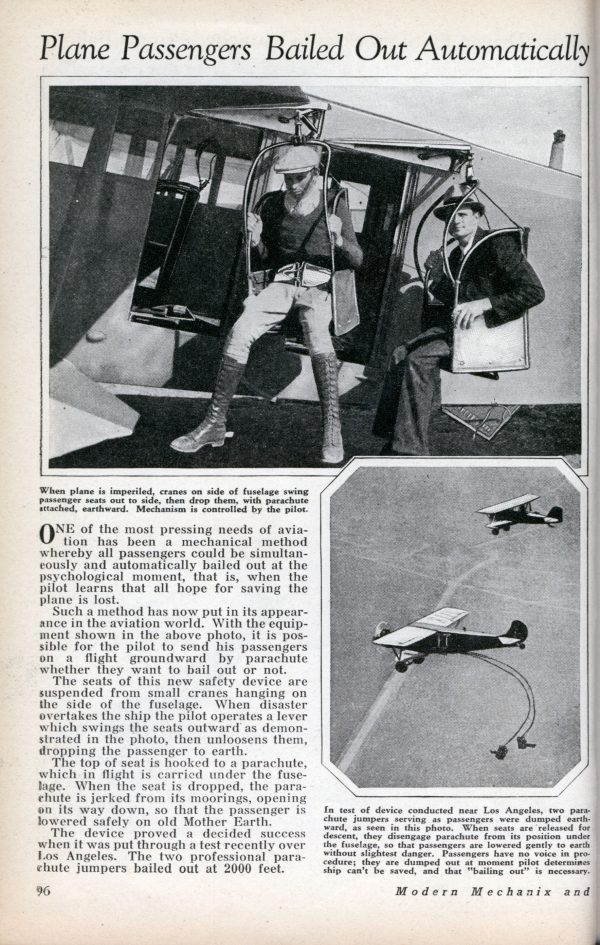 One of the most pressing needs of aviation has been a mechanical method whereby all passengers could be simultaneously and automatically bailed out at the psychological moment, that is, when the pilot learns that all hope for saving the plane is lost.

Such a method has now put in its appearance in the aviation world. With the equipment shown in the above photo, it is possible for the pilot to send his passengers on a flight groundward by parachute whether they want to bail out or not.

This entire issue can be downloaded here.