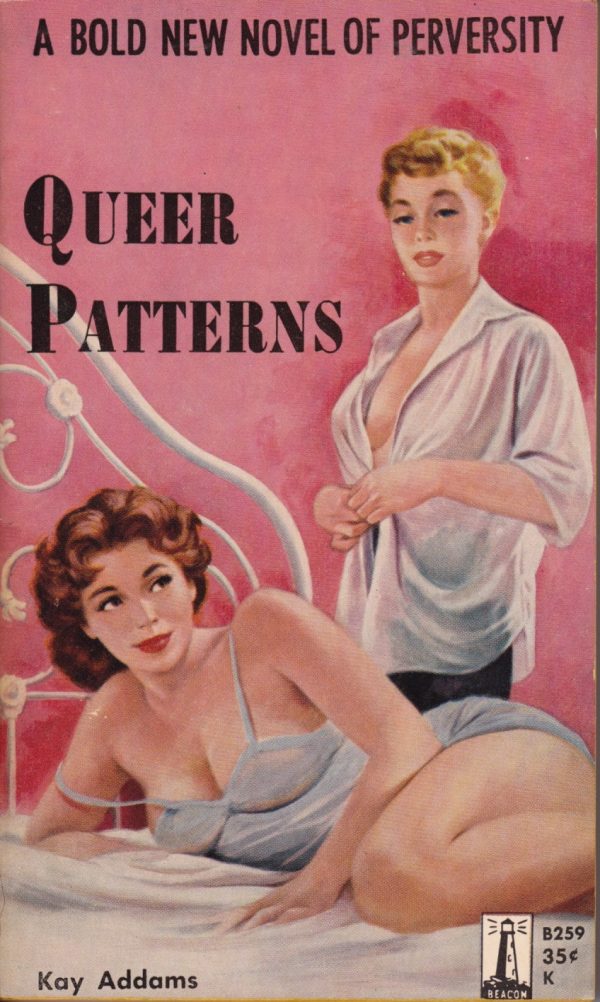 A Bold New Novel Of Perversity

A Frank And Fascinating Glimpse Into The Nether-World Of The Lesbian.
Nora Card was blessed with a splendid array of womanly attractions. She had little difficulty in arousing her men friends, such as Roger Gordon, to reckless paroxysms of desire. But to Nora each rendezvous was an orgy of torment that left her cruelly unfulfilled, frigidly unsatisfied. So it was easy for her to fall victim to the shocking embraces of Clara Watson—a strikingly handsome girl, and a wholly corrupt one.
Desperate to prove herself a warm, normal woman, young Nora sought male arms in ever-increasing frenzy—yet each time she returned to the consoling cozenings of Clara. The only hope, it seemed, was stubborn Roger Gordon, who was trying to prove something too. Would his virile love ultimately rescue the girl from Clara’s twisted lusts?

Even though it has the same name and a very similar cover, this is apparently not the same book as this one.