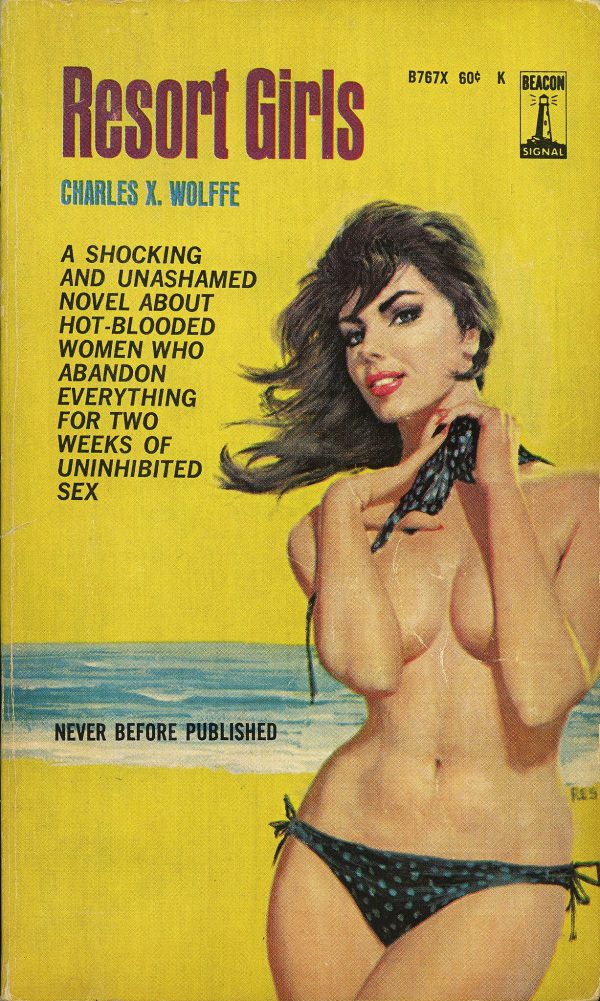 Lust De Luxe
Summer vacation meant a farewell to inhibitions for Kim, Sally and Andrea. They picked up their bikinis, dropped their morals, and headed for a resort hotel where drinks flowed, money was loose, and so were the facts of love. They whooped it up, had a ball, cavorted like sex-kittens, raised hell in the night. Three women who passed the point of no return.
KIM knew ecstasy — but only with married men.
SALLY ran the gamut from virgin romance to brutal sex.
ANDREA found that being seduced was less interesting than being the seducer… of women.
In two torrid weeks, night after night, these girls compulsively peeled away their sophistication, layer by layer, until they finally reached unashamed fulfillment … and beyond. RESORT GIRLS does not guarantee to solve society’s scandals . . . but it does guarantee you an unforgettable reading experience!