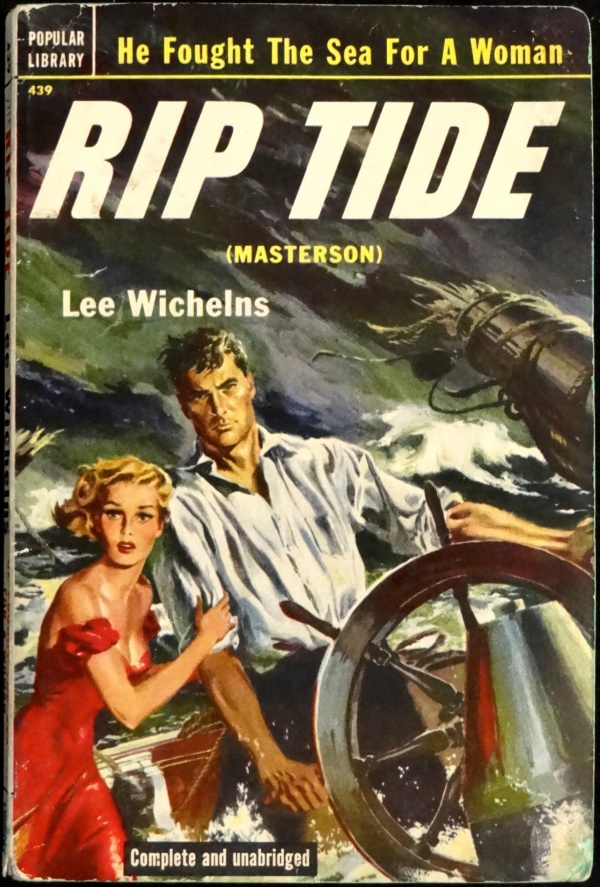 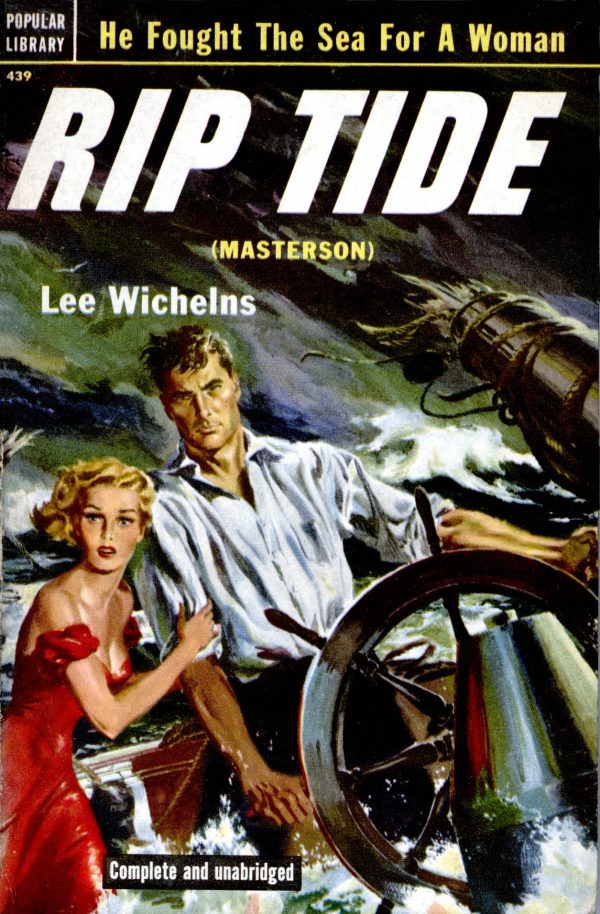 He Fought The Sea For A Woman

A Woman Was His Undoing!
The lithe muscles of Masterson’s half-naked body rippled as he stood hip-deep in the water and stared at the girl on the beach. Her eyes invited him boldly. Then the voice of his first mate called: “Come on, Skipper! That French cutter will sight us any minute!”
Masterson’s schooner waited in the cove. On the high seas lay his safety — escape from the piracy and murder charges that made him the most hunted man in the West Indies. But there was the girl, the wind flattening her dress against her breasts and thighs. “I’m staying,” he answered — and moved forward to claim her!