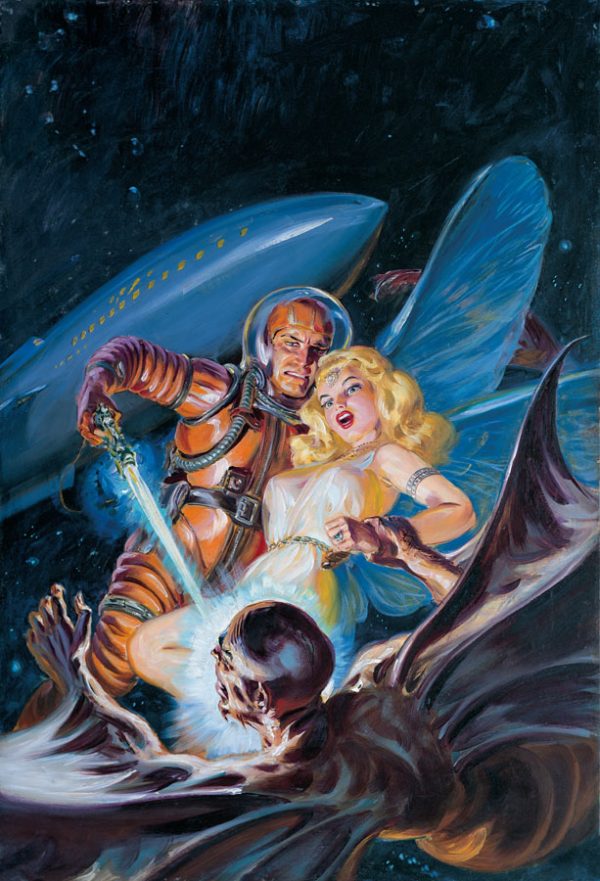 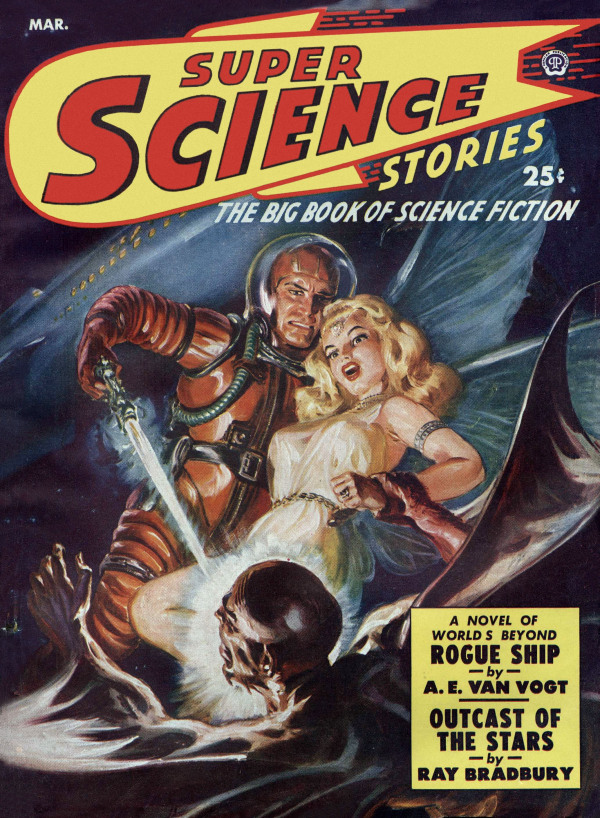 This fantastic Norman Saunders painting of a damsel in distress in space marks the 6,000th post here at PulpCovers. It was first published on the cover of Super Science Stories (complete issue here), and later on the cover of Illustration magazine’s 2nd issue. On April 4th, 2012, it will be published again as the cover of the short-story collection Thunder In The Void.

I want to thank everyone for following along for the last year, and I hope to keep bringing you the Best Of The Worst for as long as you can stand it.

Painting courtesy of David Saunders. Covers via, via, via