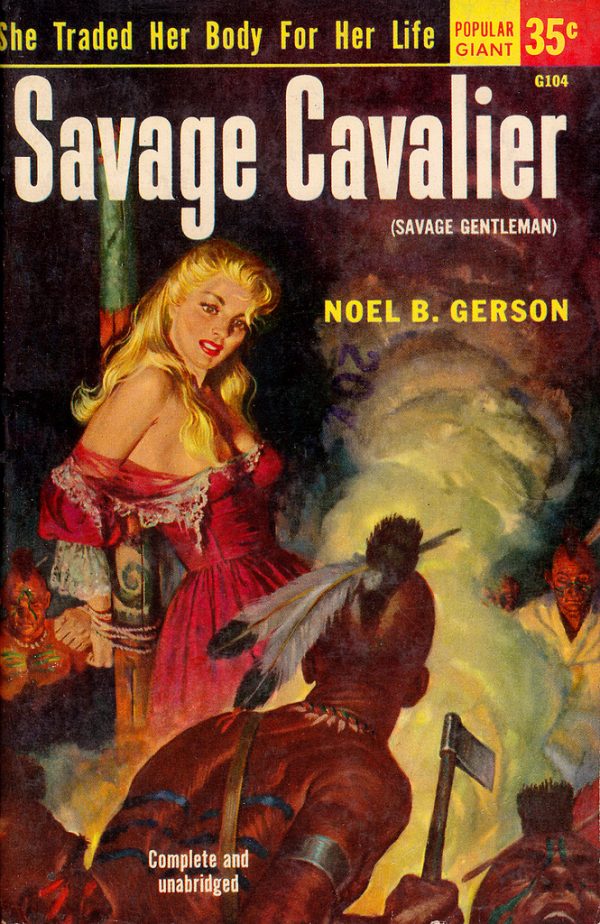 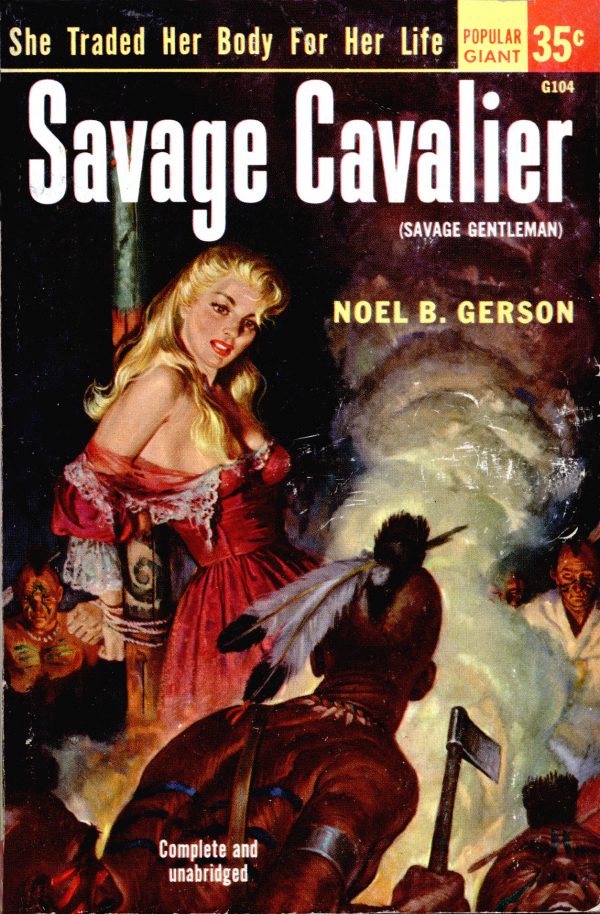 She Traded Her Body For Her Life

She stood in the firelight, her coppery, moon-breasted body bared to his unbelieving eyes. She was Princess Adiawando of the warring Senecas. He was Lt. Jeff Wyatt, her prisoner. But Wyatt had been spared torture and death-for a night. Spurred by her hot, primitive desires, the Princess had chosen Wyatt as her partner in the weirdest love rite known to history. Now she beckoned to him. If he. failed her — if his passion did not match her own, his life would be forfeit. Slowly be walked to his bride…

A lusty novel of the French and Indian Wars and a robust and violent love affair that would not be denied.