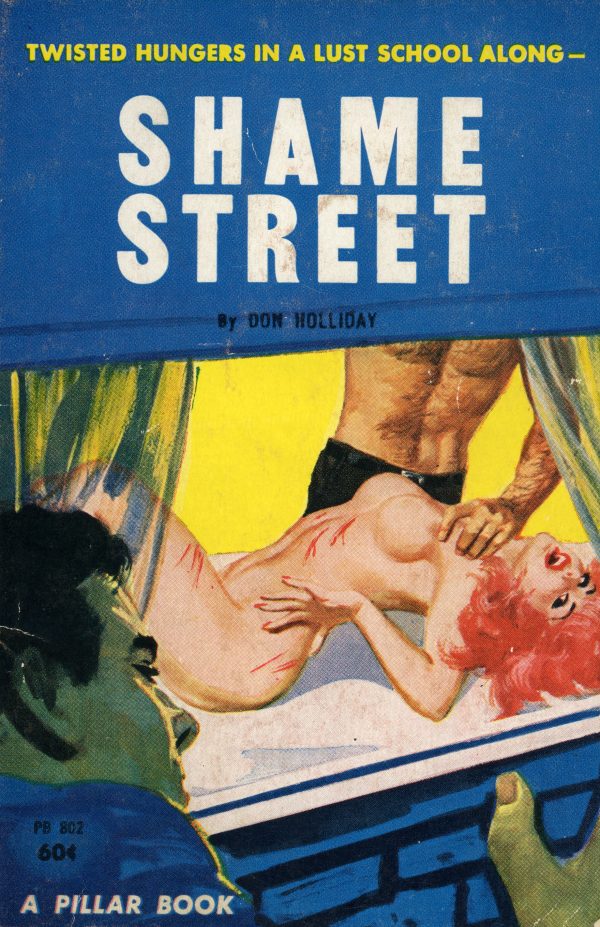 Twisted Hungers In A Lust School Along – Shame Street

LUST LESSONS
Don Spaulding entered the school of passion late, but he was an apt pupil. The steaming slums gave up all their secrets to his prowling study, and the heat of alcohol inflamed the hunger’s he’d had bottled up so long as he learned to make the most of the sinful moments of torrid love in shabby back seats of cars and shabbier tenements. The wanton women of the skid row streets taught him their age-old skills, and it was a lust scramble to see who would fill the gutters first.

One thought on “Shame Street”