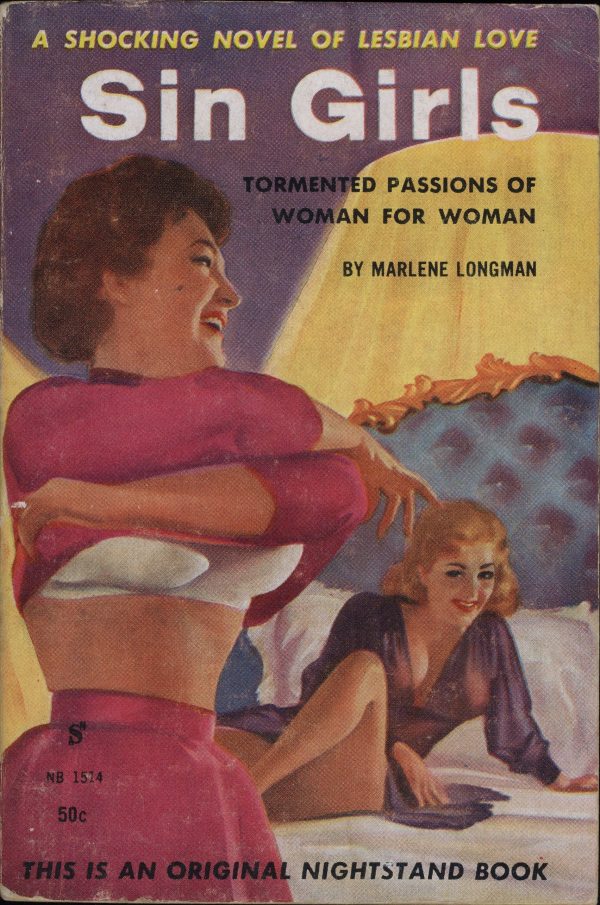 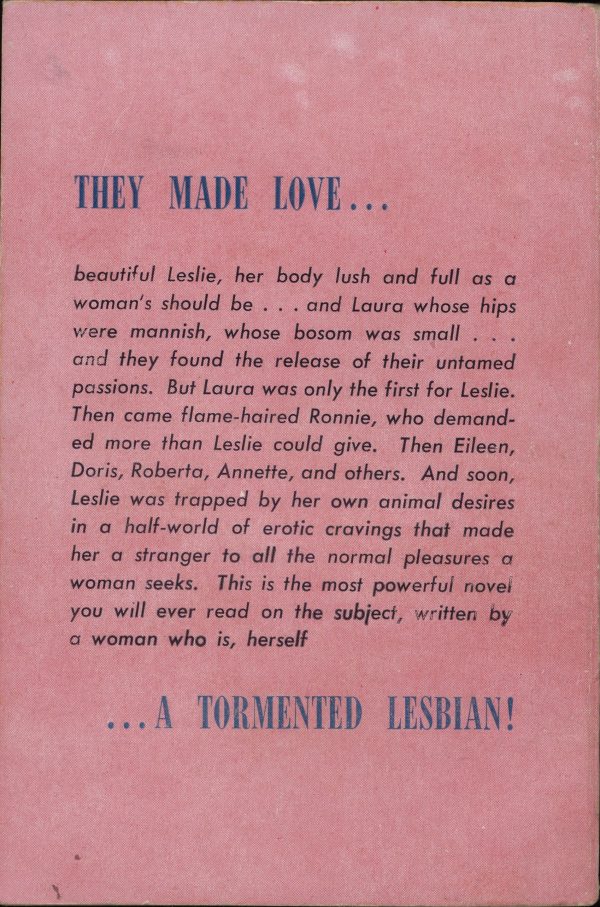 They Made Love…
beautiful Leslie, her body lush and full as a woman’s should be… and Laura whose hips ware mannish, whose bosom was small… and they found the release of their untamed passions. But Laura was only the first for Leslie. Then came flame-haired Ronnie, who demanded more than Leslie could give. Then Eileen, Doris, Roberta, Annette, and others. And soon, Leslie was trapped by her own animal desires in a half-world of erotic cravings that made her a stranger to all the normal pleasures a woman seeks. This is the most powerful novel you will ever read on the subject, written by a woman who is, herself
A Tormented Lesbian!