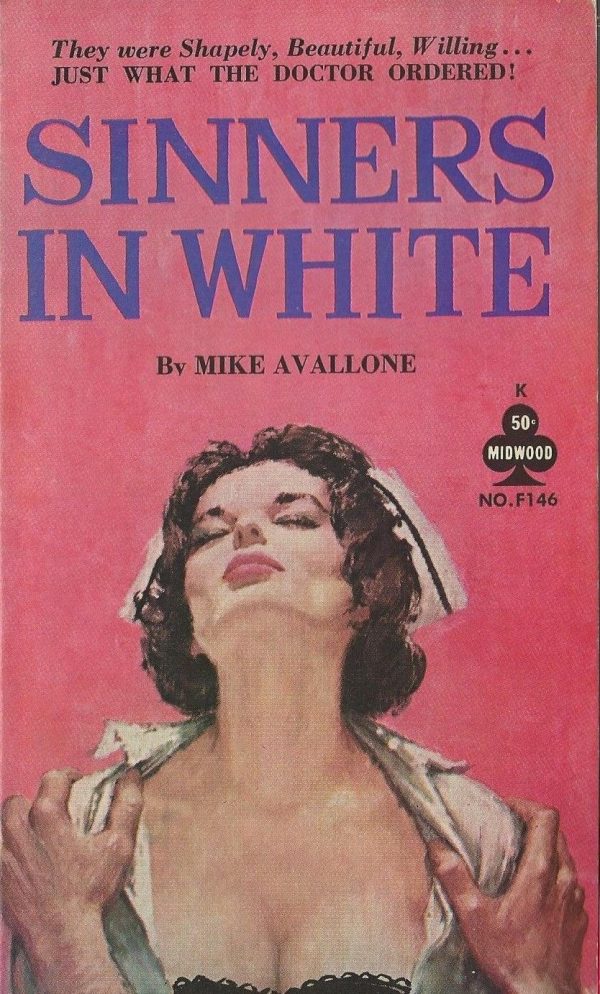 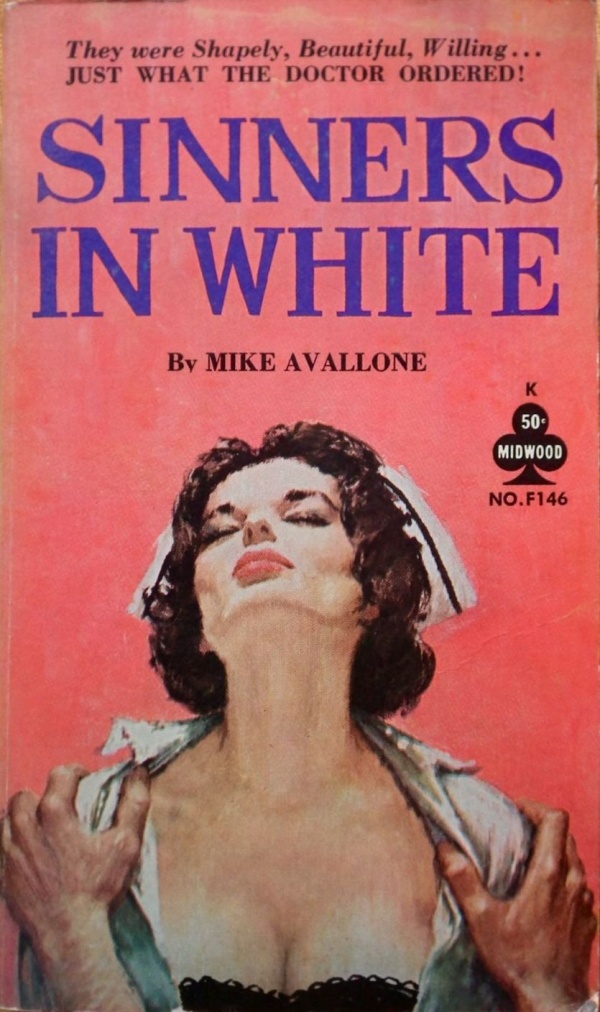 They were Shapely, Beautiful, Willing… And Just What The Doctor Ordered!

WHY HAD THEY BECOME NURSES?
KELLY CONNORS WAS GORGEOUS Blonde, impish, sexy as Marilyn Monroe, she had no talent for acting or dancing but she could make a bed more comfortable… Why had she become a nurse?
FRAN TURNER WAS BREATH-TAKING She couldn’t forget that night with Joe on the rooftop, but she couldn’t forget her beer-guzzling, man-nuzzling mother, either… Why had she become a nurse?
KATE ORLEY WAS LUSH When she stopped her car and said “Get in” how could she know the rapist hitchhiker would take her literally? That she would lose more than her Jaguar…Why had she become a nurse?
Here is the inside story of Girls in White, with colorful pasts and blushing futures … of what happens in the deadend corridors and consulting rooms of a private hospital.
“I’LL SHOW YOU THE WAY,” DR. BARTON TOLD HER, BUT IT WAS A WAY SHE DIDN’T EXPECT.

One thought on “Sinners In White”