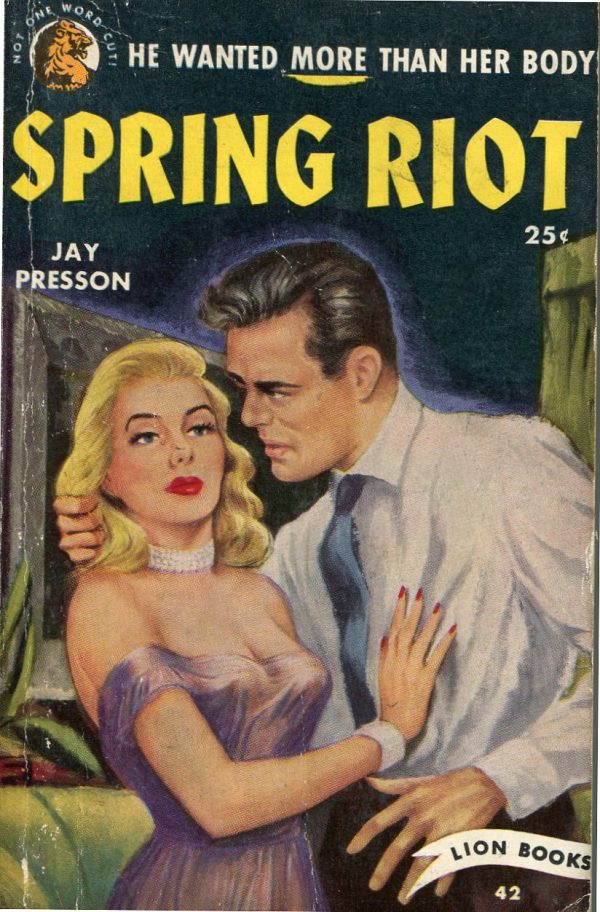 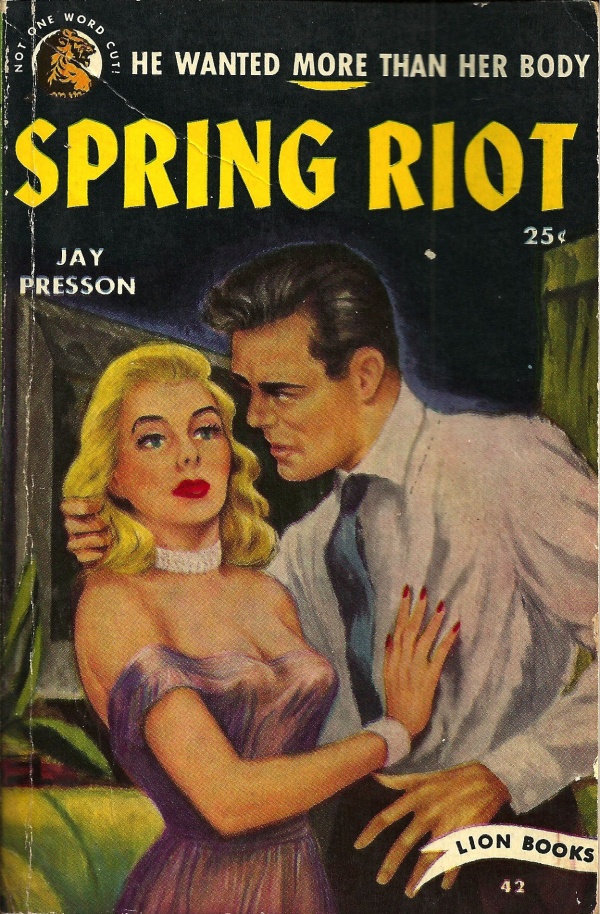 He Wanted More Than Her Body

Not Since The First Cave Man Took His First Woman Has There Been Passion To Match This!

His right hand ran around her shoulder and down to the small of her back, where he pushed against her body and forced her slimness up tight against him. His mouth closed down on hers, and she let it, until he became too demanding. Then she jerked away from him, and her palm exploded across his mouth. In an instant his fist shot up, and she sagged, her hair still tangled In his left hand. He grabbed at her, his right hand clutching her robe, and the only sound as she fell was the shrill protest of ripping silk…