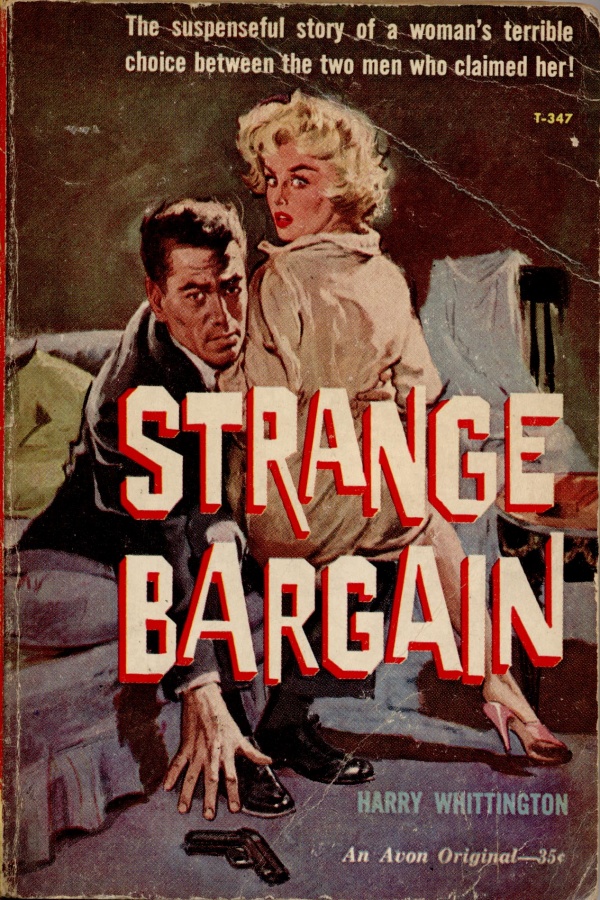 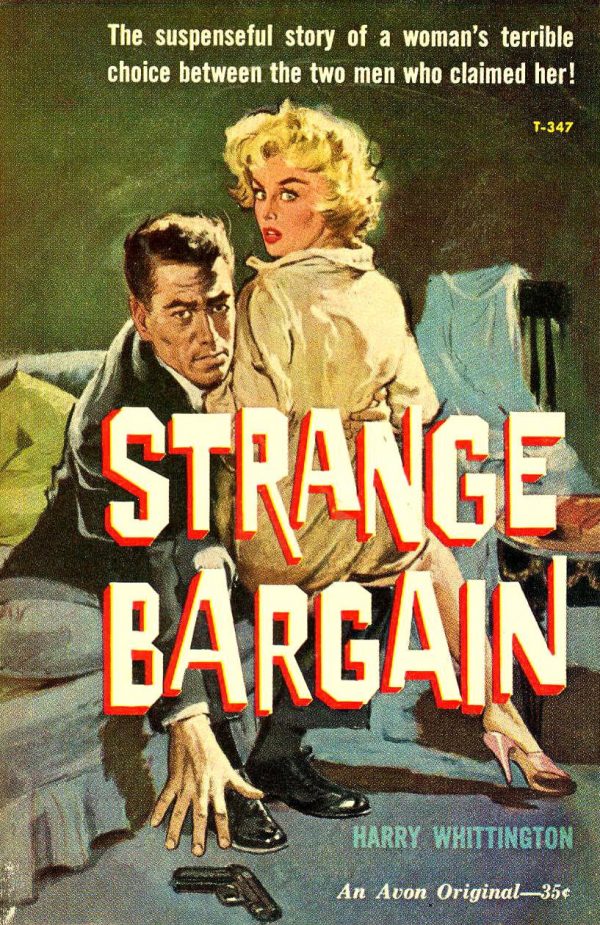 The suspenseful story of a woman’s terrible choice between the two men who claimed her!

From the back jacket:

TWO MEN AND ONE WOMAN — in a stark tale of love and hate:

THE HUSBAND, who faced death, yet thought only of a plan to destroy his rival.

THE WIFE, who could save her husband only by bargaining with a man who had but one desire–a woman.

THE LOVER, who knew love only as a wild, fierce hunger too long denied him.

On a barren, windswept mountain, these three are caught in a timeless drama that must end in shattering violence.