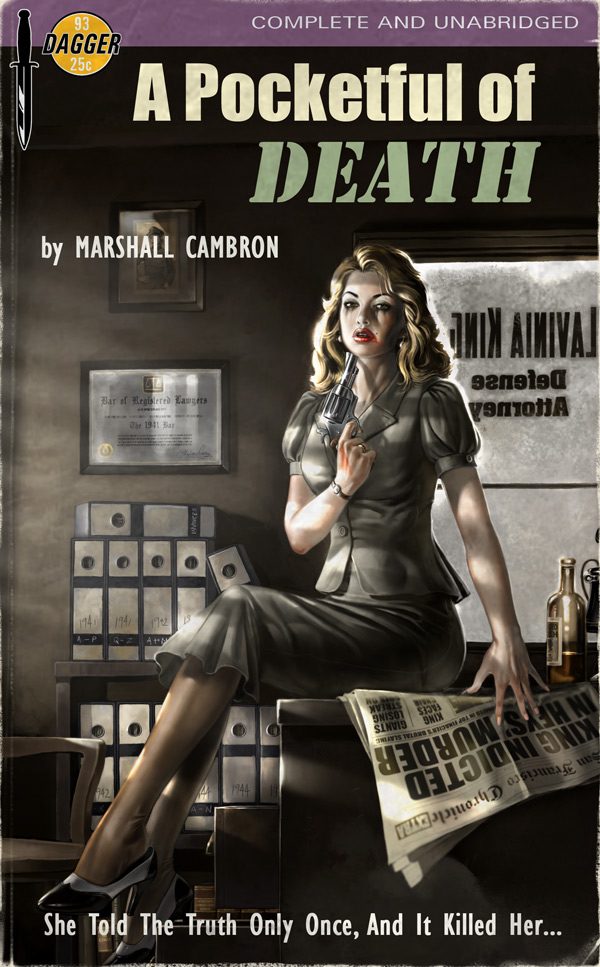 She Told The Truth Only Once, And It Killed Her… 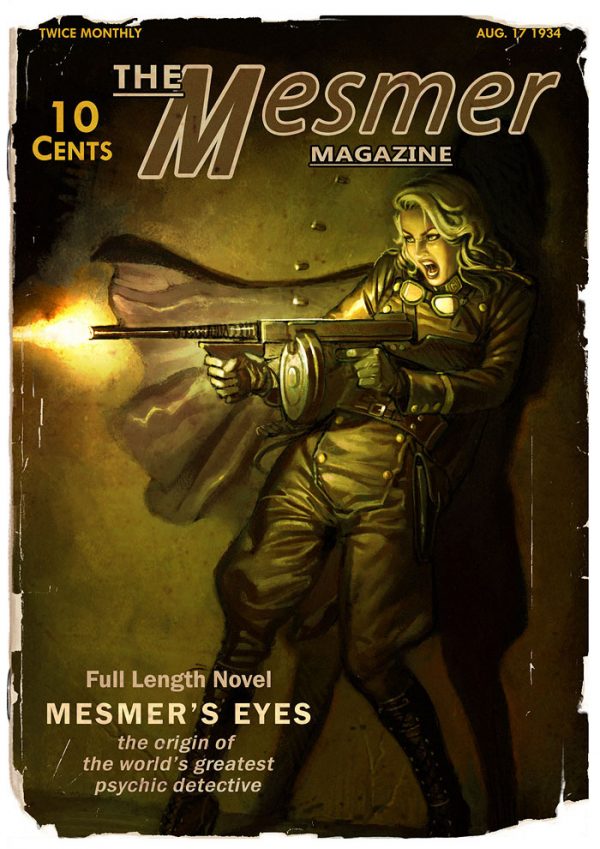 The origin of the world’s greatest psychic detective

Another retro creation from Aly Fell 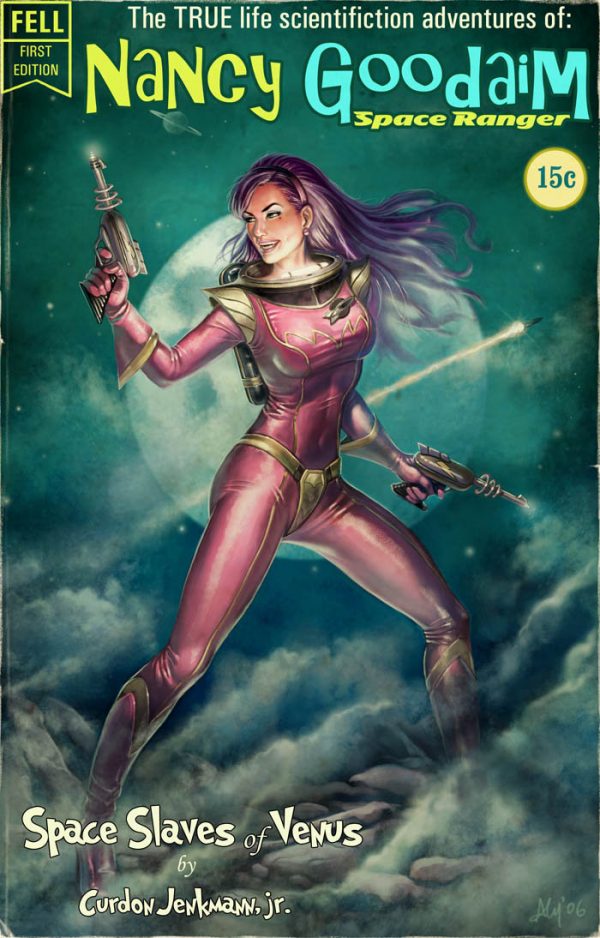 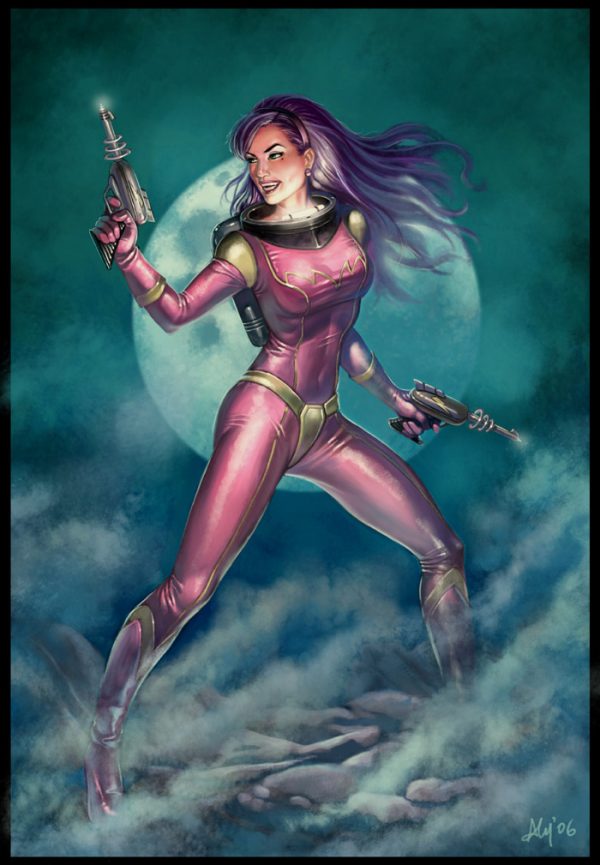 Edit: Found where this image originally came from; a contest at ConceptArt.org to create the character of Nancy Goodaim, Space Heroine and Flying Ace. Set in 2010 as seen from 1950. Nancy Goodaim saves Danny Seeker, the perky reporter from the Galaxy Daily, and the universe, from the clutches of Tal Largethought, the evil scientist and his nasty sidekick Kraw the Cruel in weekly episodal installments. Added the original artwork, and a progressive .GIF that shows the creation of the image.

Note the differences between the image he entered in the contest and the final cover image. He added a lot of details. 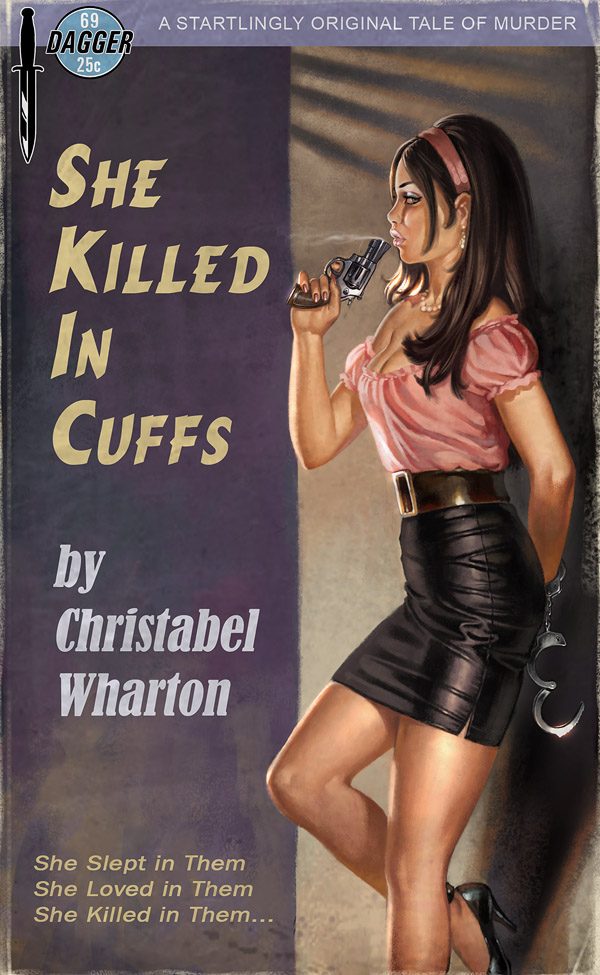 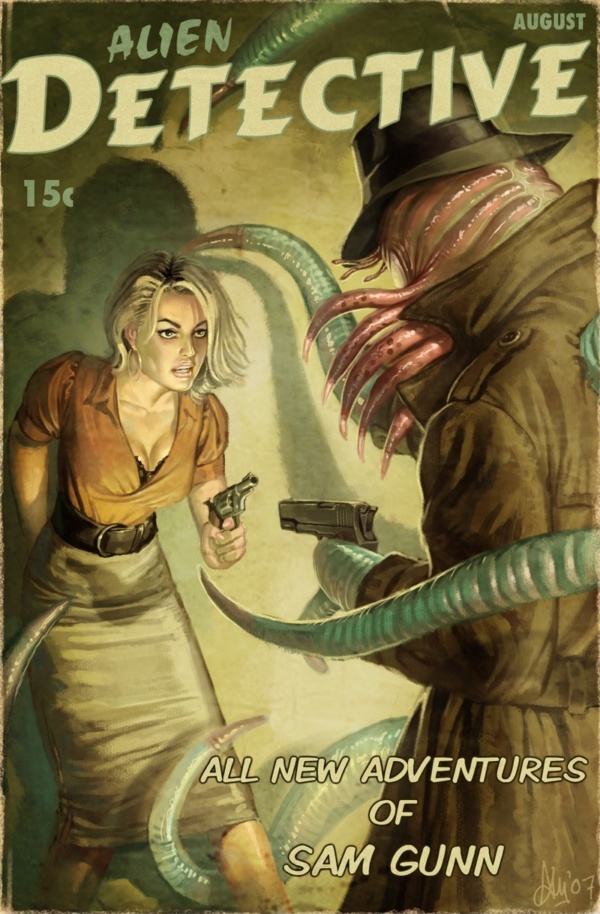