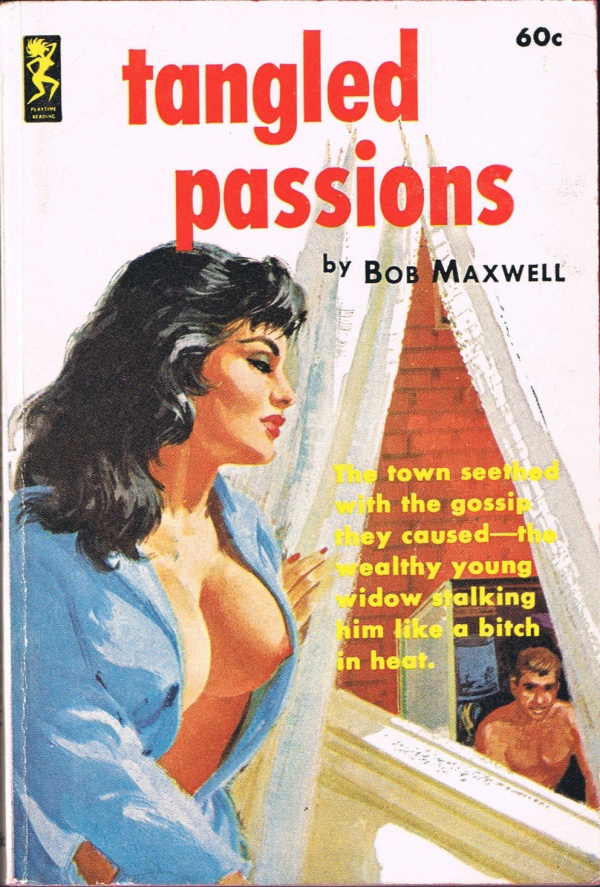 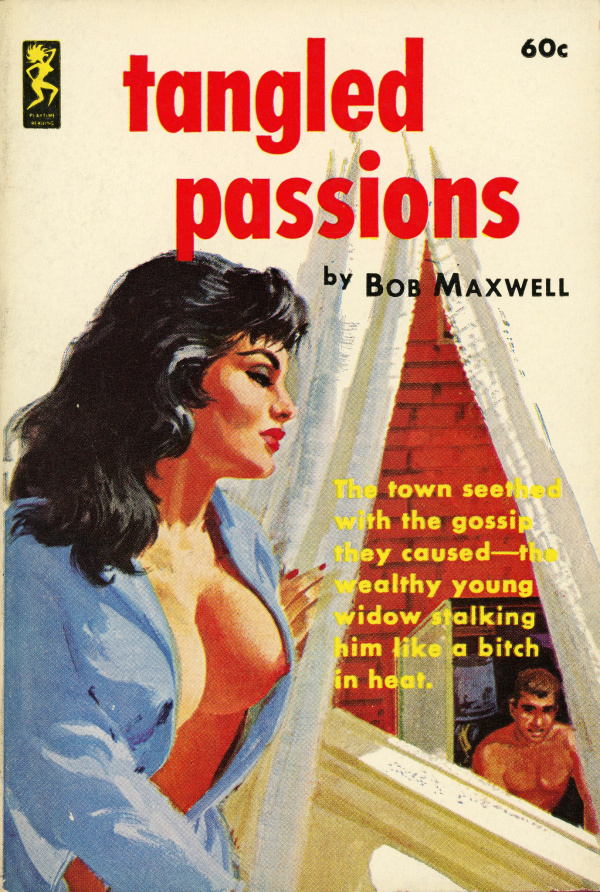 Gordon Talledge ran his gaze over her trim, red-haired form. “Here’s looking at you, sweetheart!” he toasted, raising his glass. Then, his other hand snaked out and tugged open the belted white robe.

Behind a façade of serenity, the town seethed with its evil secrets… the wealthy, debauched widow satiating her perverted desires, and willing to pay any price.

She was decidedly the most disappointing of all his many mistresses. She reminded him of his first wife Louise in her shy, almost virginal cowerings when he sought to embrace her. Of course, he’d had to put up with Louise. He’d shrewdly married the scrawny, underdeveloped prude for the fortune she’d inherited which in turn became his when she finally passed away. . . ·
But he didn’t have to endure the insufferable ingratitudes of the dark-haired harlot he’d hired, just as he hired others to perform various services for him.