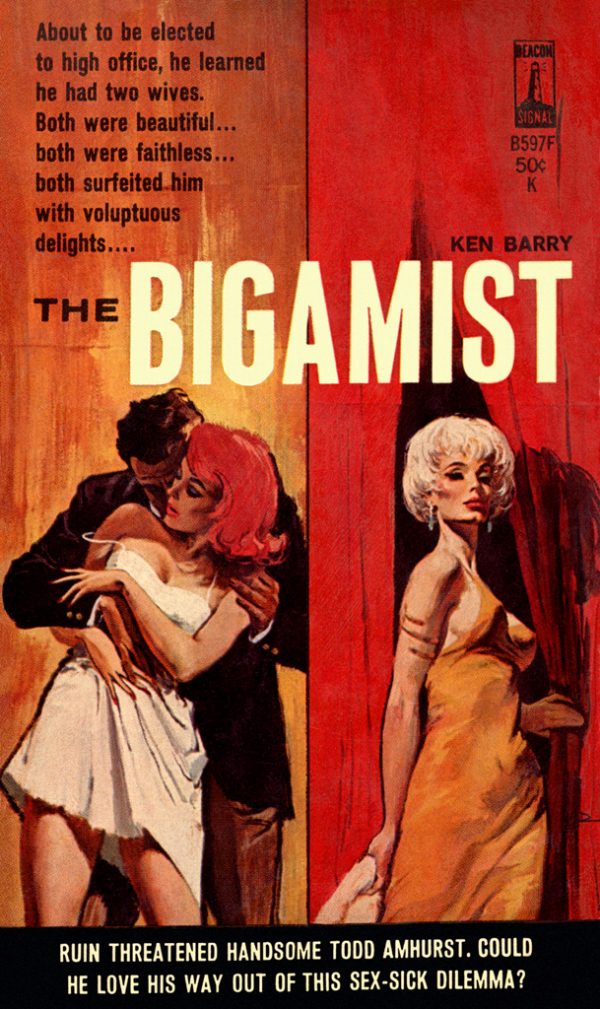 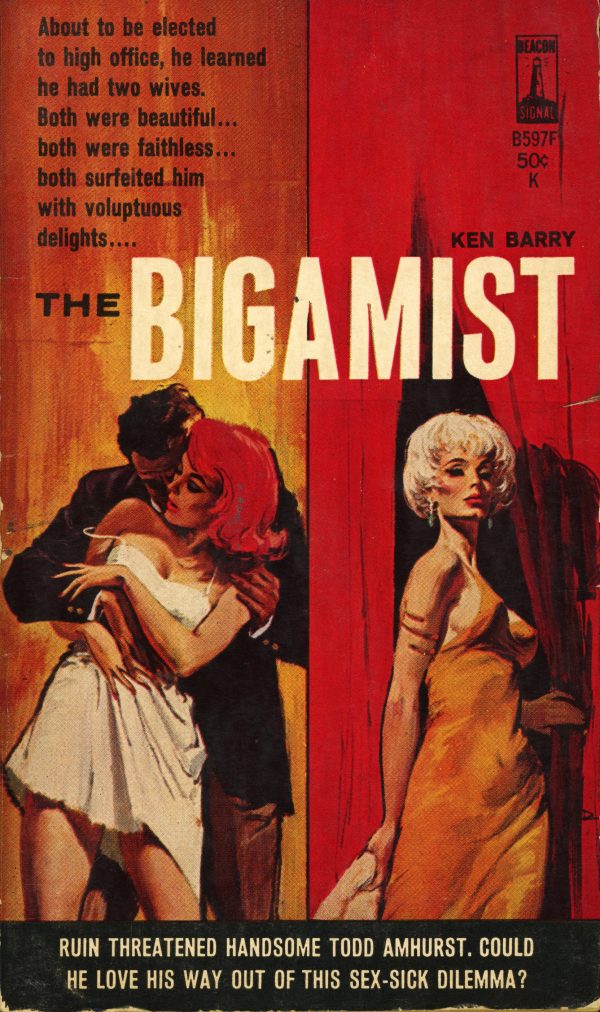 About to be elected to high office, he learned he had two wives. Both were beautiful… both were faithless… both surfeited him with voluptuous delights…
Ruin Threatened Handsome Todd Amhurst. Could He Love His Way Out Of This Sex-Sick Dilemma?

Black-haired Julie Kane had needed men badly — ever since her swelling breasts and hips had first drawn whistles. She married while little more than a child, but when her virile young husband, Todd Amhurst, shipped off to the Pacific there were many hot-blooded males eager to fill in for him…
Julie disappeared before Todd’s return and under the astute guidance of her new-found lover, Matt Johnson, she saw the insides of more hotel rooms than a chambermaid. Years later, Julie learned from the newspapers that Todd was about to be nominated for Governor and that he had acquired a second wife.
Here was an opportunity for big-time extortion if she ever saw one! What followed in the passionate weeks after Julie and Todd renewed their early love-making can be explained only by the strange inconsistencies of women.

One thought on “The Bigamist”