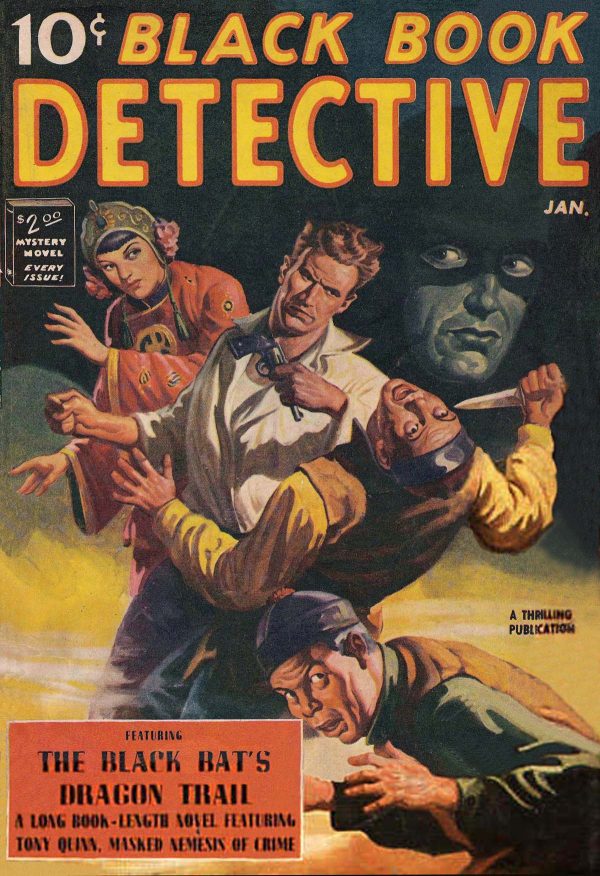 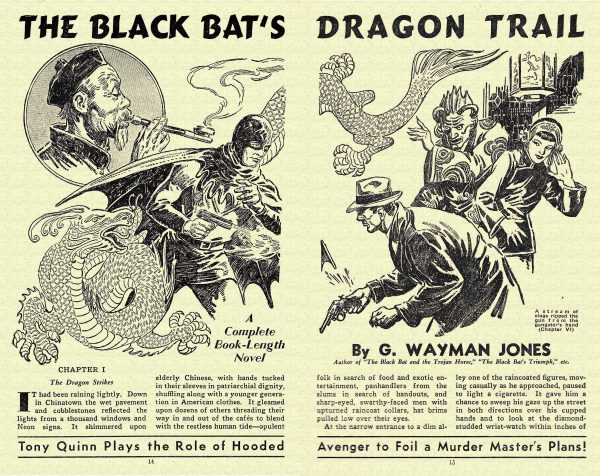 The Black Bat stories describe the crime-fighting career of former District Attorney Anthony Quinn. In a clear departure from most pulp characters and heroes, this Black Bat was actually an origin story, describing how Quinn became the Black Bat after being blinded and disfigured by acid, an idea borrowed a few years later by DC Comics for the creation of both Doctor Mid-Nite and Batman villain Two Face.