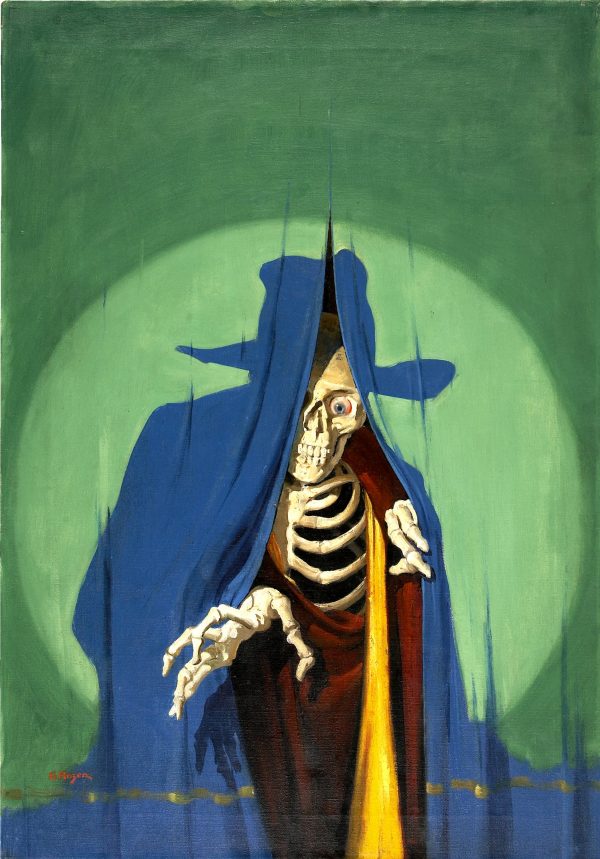 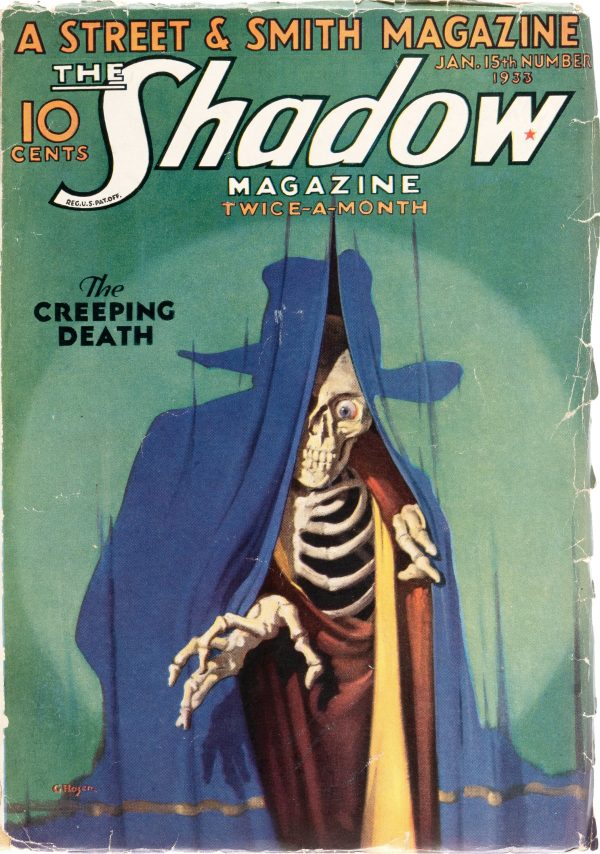 In this thriller, Lucien Partridge is a rogue scientist who has discovered a method of manufacturing artificial gold — a cheap alloy, virtually indistinguishable from natural gold. Partridge plans to gradually introduce it into the world’s gold supply, with no one the wiser. His ultimate desire? — to take over the world.

If anyone gets in Partridge’s way, there’s the creeping death — a deadly powder, transferred by touch. The exposed victim is unaware that he or she’s been infected for hours or even days. Then, the extremities start to become numb. The hands freeze, then the arms. Gradually the paralysis creeps across the whole body until he or she lies still, unable to even speak. Finally the light fades from the eyes as the heart stops — a blood-chilling way to die. The evil Lucien Partridge is a sinister scourge and only the Shadow – who does know what evil lurks in the hearts of men – can stop him.