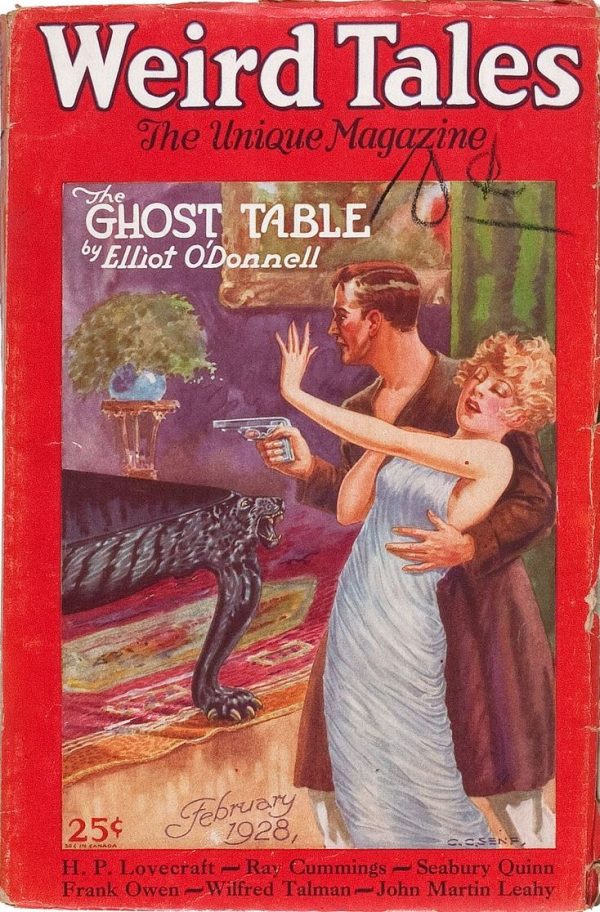 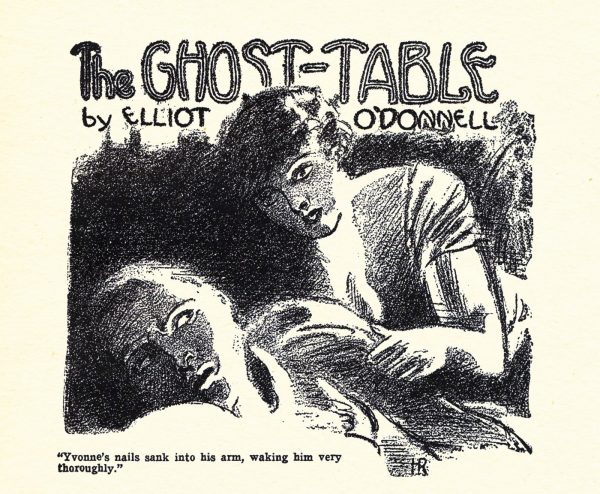 This seminal pulp marks the very first appearance of the Cthulhu Mythos by H. P. Lovecraft, via the oft-imitated but never surpassed story The Call of Cthulhu. It also contains The Dream Snake by Conan creator Robert E. Howard.

Of course, neither of those stories were quite good enough to get featured on the cover, which went to “an exciting tale of occult phenomena – a rampant beast, lusting to kill, this table with the tiger-claws.” The entire issue can be downloaded here