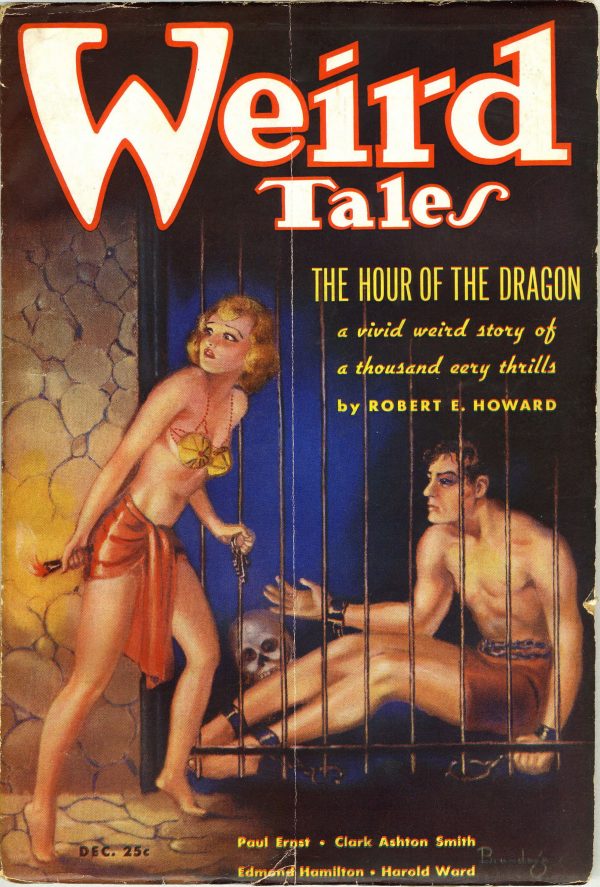 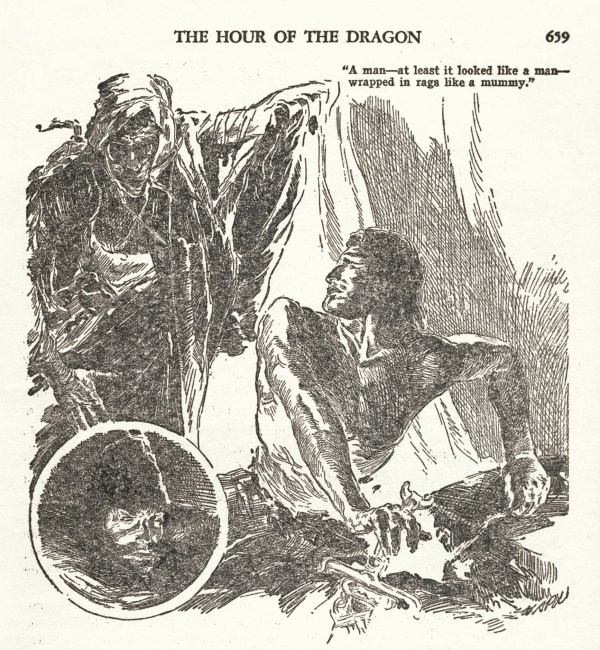 For example, here is the passage of the story illustrated on this cover:

It was a girl who stood grasping the bars with her slender fingers. The dim glow behind her outlined her supple figure through the wisp of silk twisted about her loins, and shone vaguely on jeweled breast-plates. Her dark eyes gleamed in the shadows, her white limbs glistened softly, like alabaster. Her hair was a mass of dark foam, at the burnished luster of which the dim light only hinted.

Other than her hair being blonde instead of a mass of dark foam, that seems like a fair description of the girl Margaret painted here.

Now here is a description of Conan from later in the same chapter, after he has escaped his cell and is fighting a giant gray ape (it makes sense in context):

With full realization of the odds, Conan matched his speed of eye and hand and his muscular power against the brute might and ferocity of the man-eater. He must meet the brute breast to breast, strike a deathblow, and then trust to the ruggedness of his frame to survive the instant of manhandling that was certain to be his.
…
Some of his joints felt as if they had been dislocated, and blood dripped from scratches on his skin where the monster’s talons had ripped; his muscles and tendons had been savagely wrenched and twisted. If the beast had lived a second longer, it would surely have dismembered him. But the Cimmerian’s mighty strength had resisted, for the fleeting instant it had endured, the dying convulsion of the ape that would have torn a lesser man limb from limb.

Does that sound at all like the sickly-looking weakling on this cover?