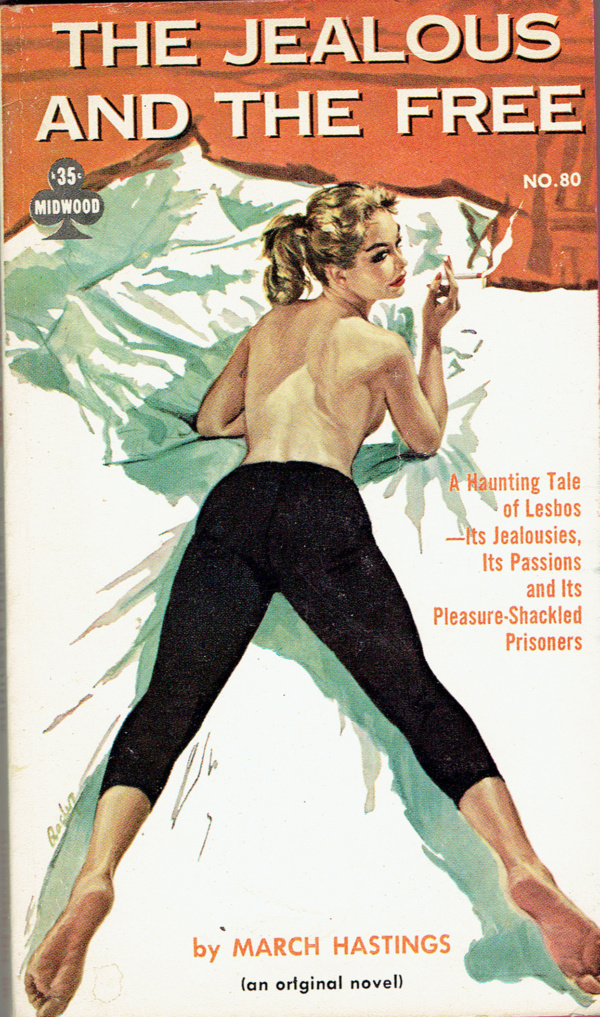 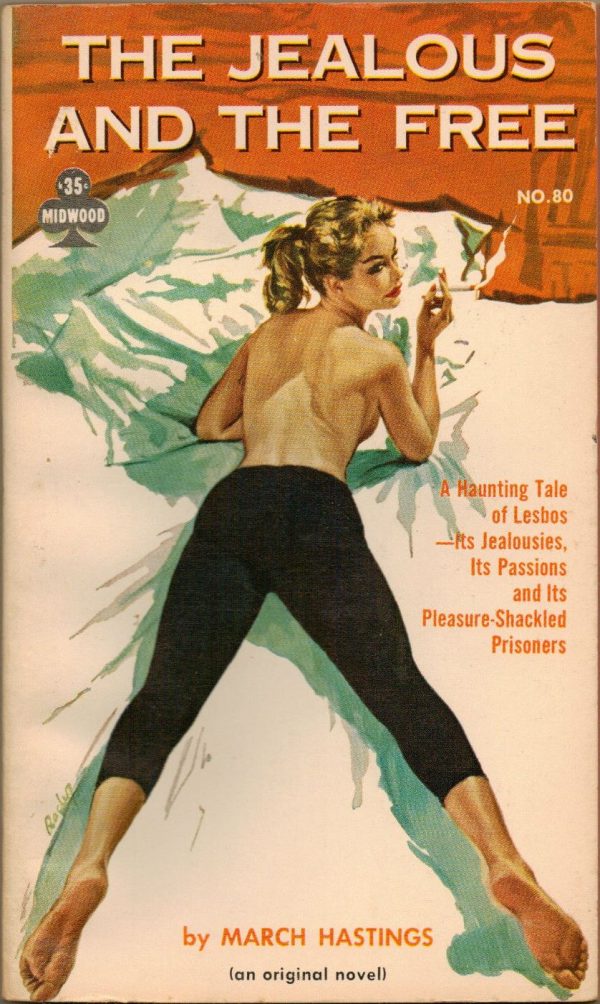 A Haunting Tale of Lesbos — It’s Jealousies, It’s Passions And Its Pleasure-Shackled Prisoners

The description from Amazon:

The Jealous and the Free, a classic lesbian pulp novel from March Hastings, follows the relationship between Michele and Leda. As our story begins, Leda and Michele have been roommates for quite some time. Michele comes to realize that she is attracted to Leda, but her inexperience makes her shy and hesitant at first. Leda, who has had experience with women in the past, takes her by the hand and shows her the way. Michele decides she must be butch for Leda, however she is still finding her way as a butch lesbian… and her insecurities soon cause trouble in their relationship. Michele becomes more controlling and possessive, insisting that Leda spend less time at dance school and with her friends. When Leda refuses, Michele storms out… and into the arms of Corrine — an older, wealthy woman. Michele becomes attracted to Corrine’s attraction for her, but she secretly longs for Leda and realizes there’s only one way to get her back. The question is… will she be able to do it?

She had not dared admit even to herself, before now, they were reaching the boiling point. Michele lay very still as she sensed Leda’s foot moving and then felt the touch of a warm toe against her ankle, Leda’s palm on her shoulder, Leda’s warm breath caressing her earlobe as she whispered, “Darling, I only want what’s good for you.”

Michele raised herself up on one elbow. “I love you,” she said hoarsely. Slowly, cautiously, afraid the girl might still reject her, she lowered her body onto Leda’s.

Leda’s arms tightened around her. “Touch me… oh, oh, touch me” she moaned.

The world suddenly exploded into a fantasy beyond all dreams. Michele had never touched a woman before, had hardly even allowed herself to think of it. But the instinct of desire hurried steadily, surely, toward the ways of fulfillment.