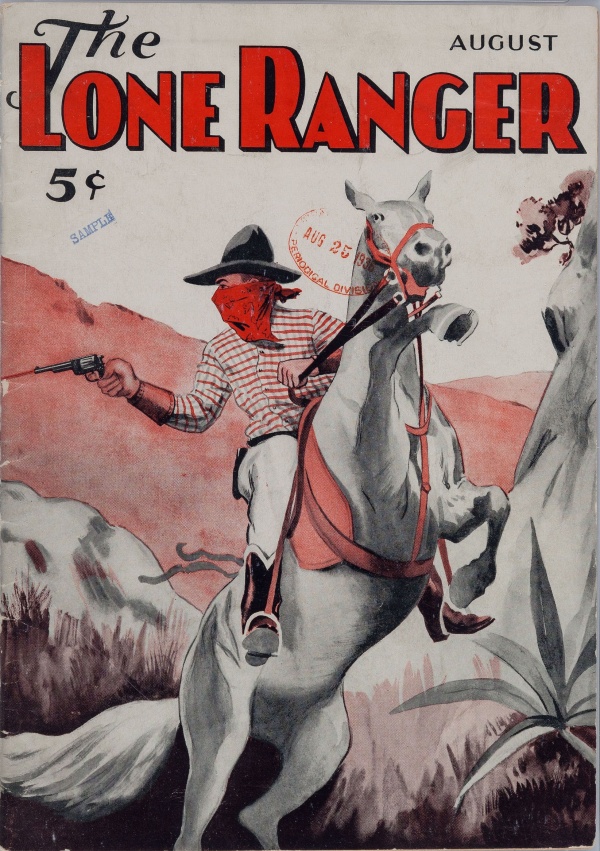 As The Lone Ranger radio program was becoming a nationwide sensation in the 1930s, the Spartan Publishing Company produced a prototype Lone Ranger pulp magazine in order to secure a copyright. The interior of this 32 page ashcan prototype includes two Western stories with illustrations, but no actual Lone Ranger content other than the title page, which notes, “The Lone Ranger Rides — A Glimpse Down Pioneer Trail.” This is generally considered the first print appearance of The Lone Ranger, with only two copies known to exist. This is the original copy sent to Library of Congress, and it is currently for sale.