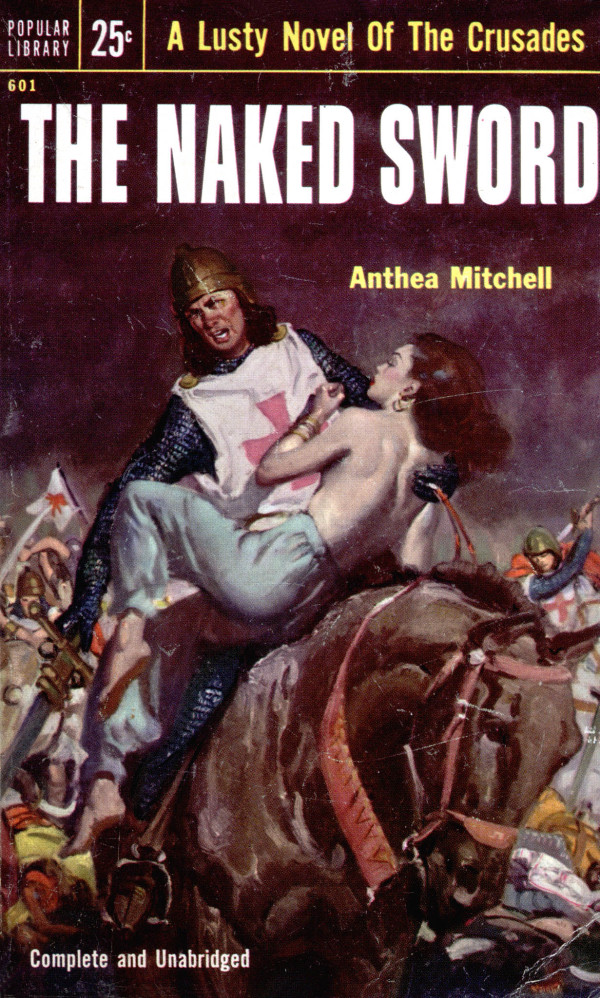 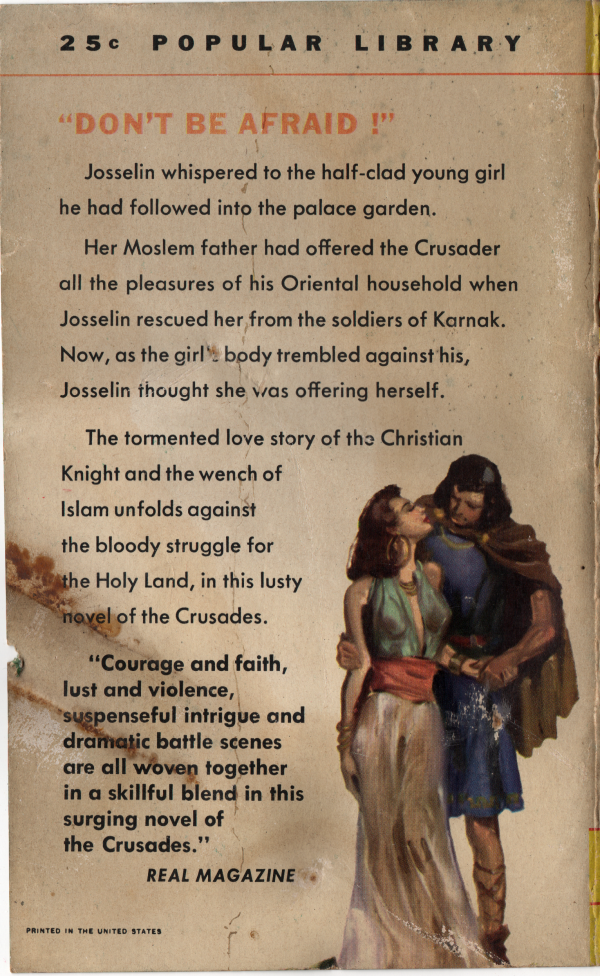 A Lusty Novel Of The Crusades

“Don’t Be Afraid!”
Josselin whispered to the half-clad young girl he had followed into the palace garden. Her Moslem father had offered the Crusader all the pleasures of his Oriental household when Josselin rescued her from the soldiers of Karnak. Now, as the girl’s body trembled against his, Josselin thought she was offering herself.

The tormented love story of the Christian Knight and the wench of Islam unfolds against the bloody struggle for the Holy Land, in this lusty novel of the Crusades

3 thoughts on “The Naked Sword”