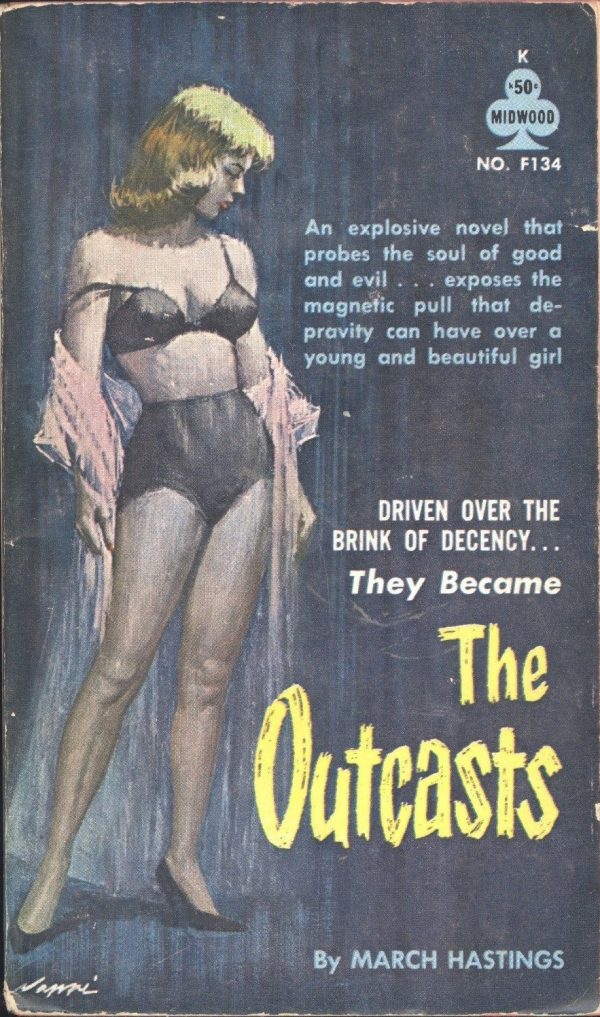 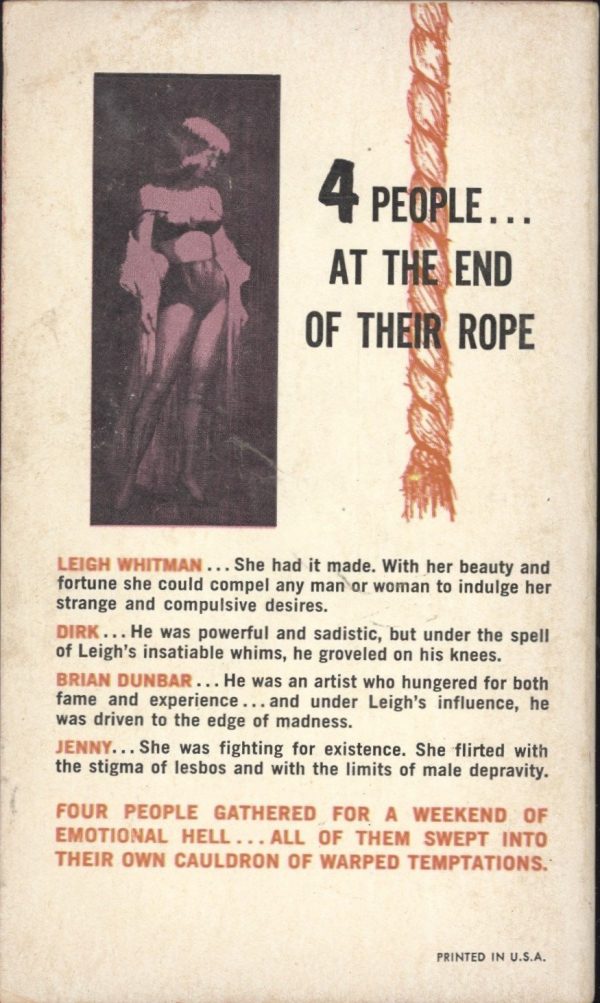 4 PEOPLE… AT THE END OF THEIR ROPE
LEIGH WHITMAN …She had it made. With her beauty and fortune she could compel any man or woman to indulge her strange and compulsive desires.
DIRK… He was powerful and sadistic, but under the spell of Leigh’s insatiable whims, he groveled on his knees.
BRIAN DUNBAR… He was an artist who hungered for both fame and experience… and under Leigh’s influence, he was driven to the edge of madness.
JENNY… She was fighting for existence. She flirted with the stigma of lesbos and with the limits of male depravity.
FOUR PEOPLE GATHERED FOR A WEEKEND OF EMOTIONAL HELL… ALL OF THEM SWEPT INTO THEIR OWN CAULDRON OF WARPED TEMPTATIONS!