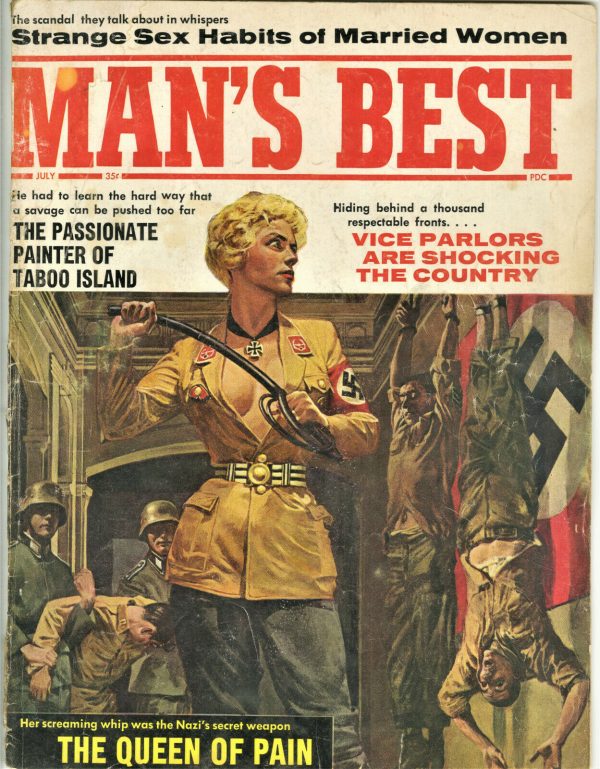 Her screaming whip was the Nazi’s secret weapon

Also includes Strange Sex Habits of Married Women: The scandel they talk about in whispers, The Passionate Painter Of Taboo Island: He had to learn the hard way that a savage can be pushed too far, and Hiding behind a thousand respectable fronts… Vice Parlors Are Shocking The Country

Cover reused from the December 1959 issue of All Man