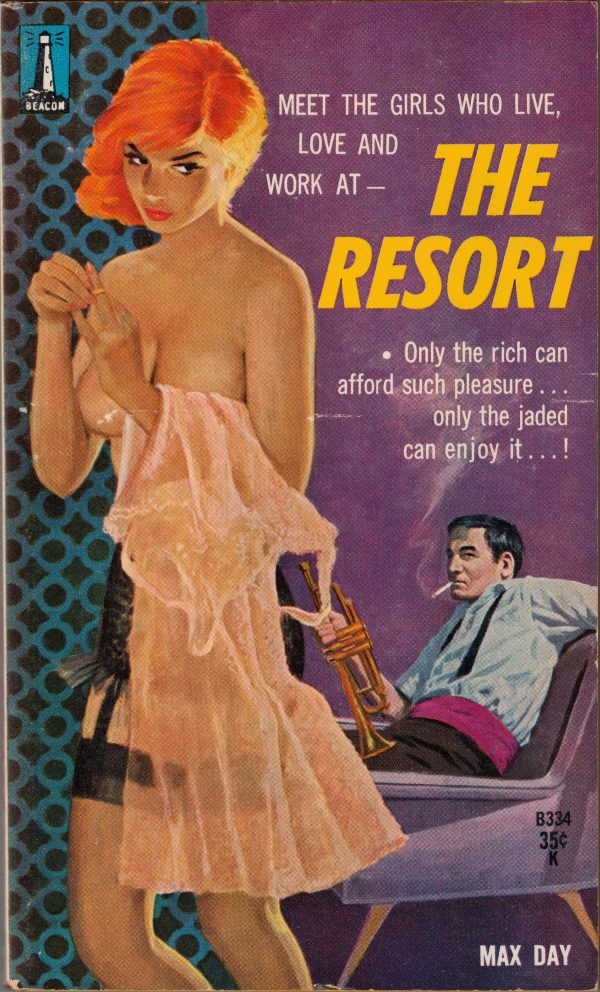 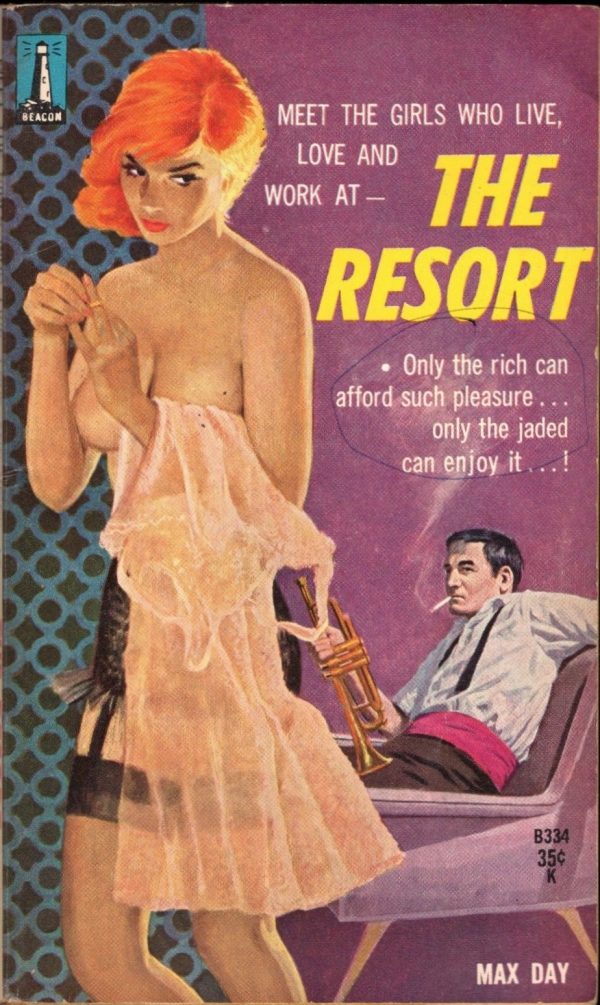 Meet The Girls Who Live, Love And Work At — The Resort
Only the rich can afford the pleasure… only the jaded can enjoy it…!

This cover was later reused as part of These Women

It’a no secret. If you have the money, there are spots that will cater to any sport you name — from gambling to girls, from golf to guzzling, from ping-pong to passion. You find these establishments in Las Vegas and Reno, in the Middle Atlantic mill towns and the parched earth of the Southwest, in the Louisiana parishes, in the Florida resorts—pleasure palaces for the wicked wealthy. But for the girls who work in them, they can be the last stop on the road to disease, dope and degradation…
Such a place was El Camino Reale — a luxury fun-house on the outside, a hell-house on the inside. Hired as an entertainer, lovely Roxanne soon discovered she was expected to sell more than talent. After all, the other girls, like Holley, figured love was the friendliest thing people could share, and the most profitable. There was pretty Markey, too; and the outsider, Monica, so young, so fair, so degenerate….
Revenge-bent Roxanne decided to go them one better. She wouldn’t sell herself. She would give herself away — to a man she hated!
IN A CRAZY BORDER-LINE WORLD OF GOLD, GLITTER AND GAMBLING, HOW CAN A GIRL SURVIVE? THIS BOOK DELIVERS THE FRANKEST ANSWERS SINCE KINSEY!

via ebay and my collection