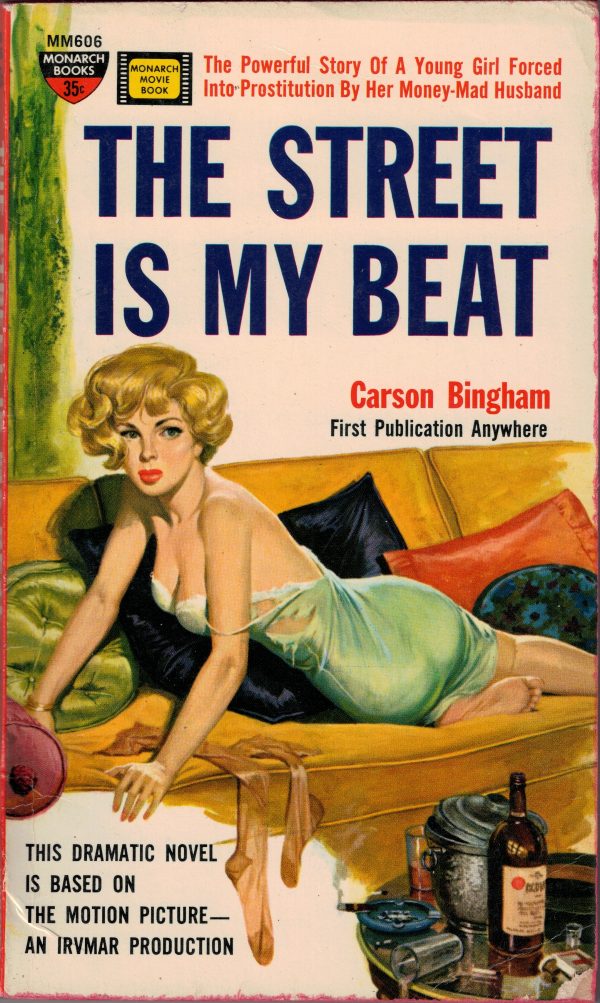 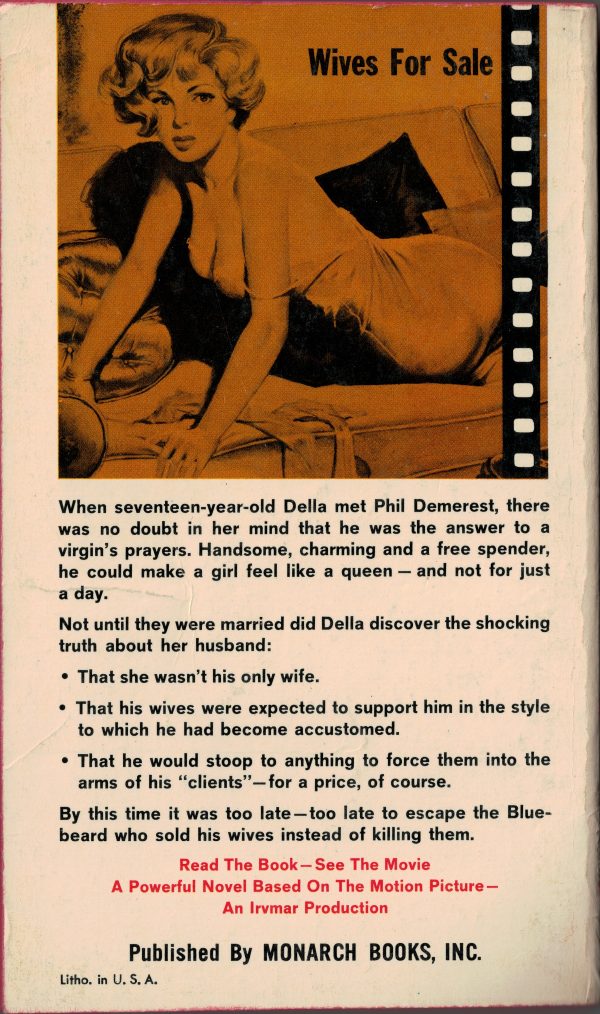 When seventeen-year-old Della met Phil Demerest, there was no doubt in her mind that he was the answer to a virgin’s prayers. Handsome, charming and a free spender, he could make a girl feel like a queen – and not for just a day.
Not until they were married did Della discover the shocking truth about her husband:
• That she wasn’t his only wife.
• That his wives were expected to support him in the style to which he had become accustomed.
• That he would stoop to anything to force them into the arms of his “clients” — for a price, of course.
By this time it was too late — too late to escape the Bluebeard who sold his wives instead of killing them.