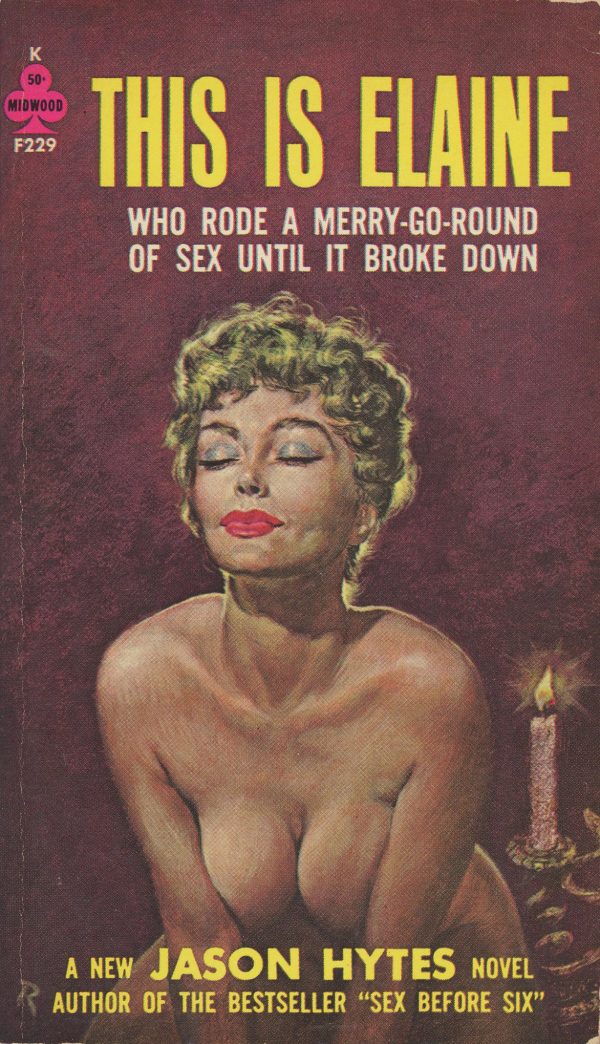 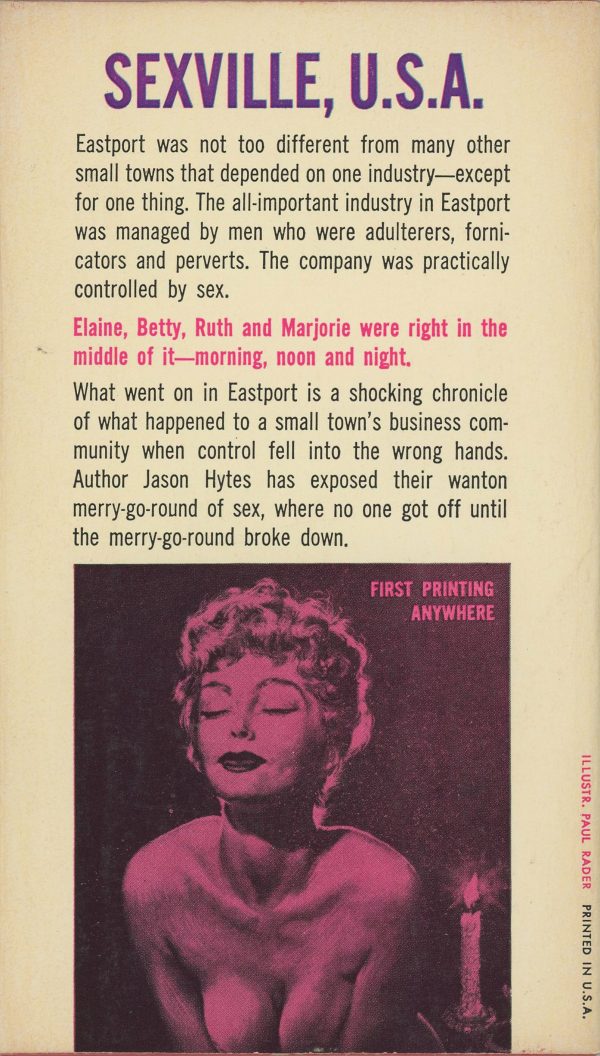 Eastport was not too different from many other small towns that depended on one industry-except for one thing. The all-important industry in Eastport was managed by men who were adulterers, fornicators and perverts. The company was practically controlled by sex.

Elaine, Betty, Ruth and Marjorie were right in the middle of it-morning, noon and night.

What went on in Eastport is a shocking chronicle of what happened to a small town’s business community when control fell into the wrong hands. Author Jason Hytes has exposed their wanton merry-go-round of sex, where no one got off until the merry-go-round broke down.