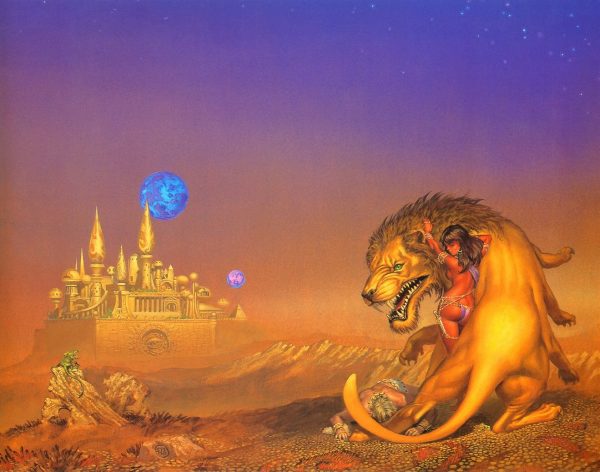 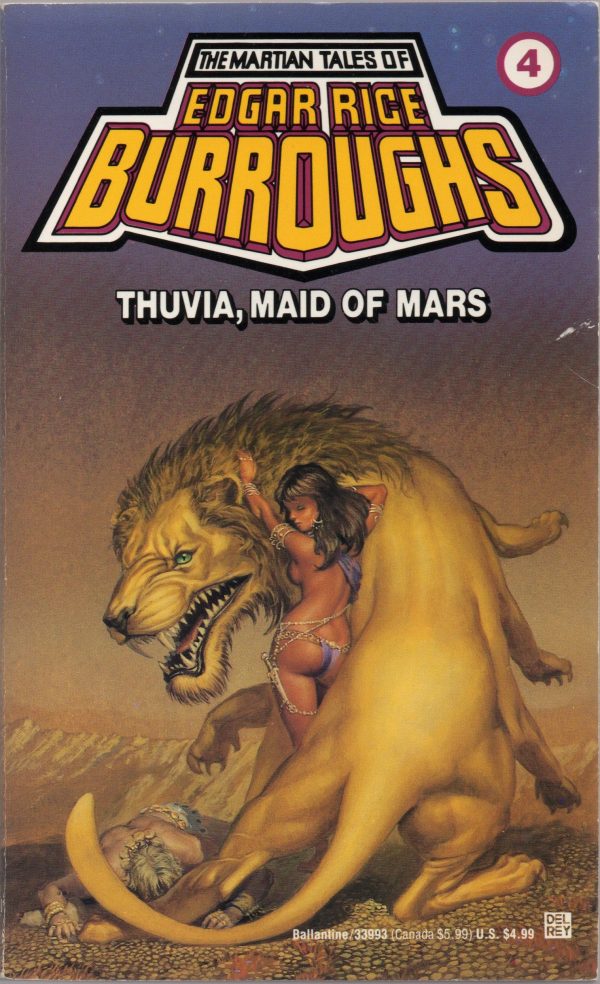 “I had to be careful doing Thuvia herself, as everyone on Barsoom goes nude, and yet full-frontal nudity was unacceptable for the cover. By turning her away from the viewer, I thought I had this problem solved, but Lester Del Rey had me add the G-string. The rest of the painting is in acrylics, but I did that G-string in gouache in case I ever get the urge to wipe it off.”