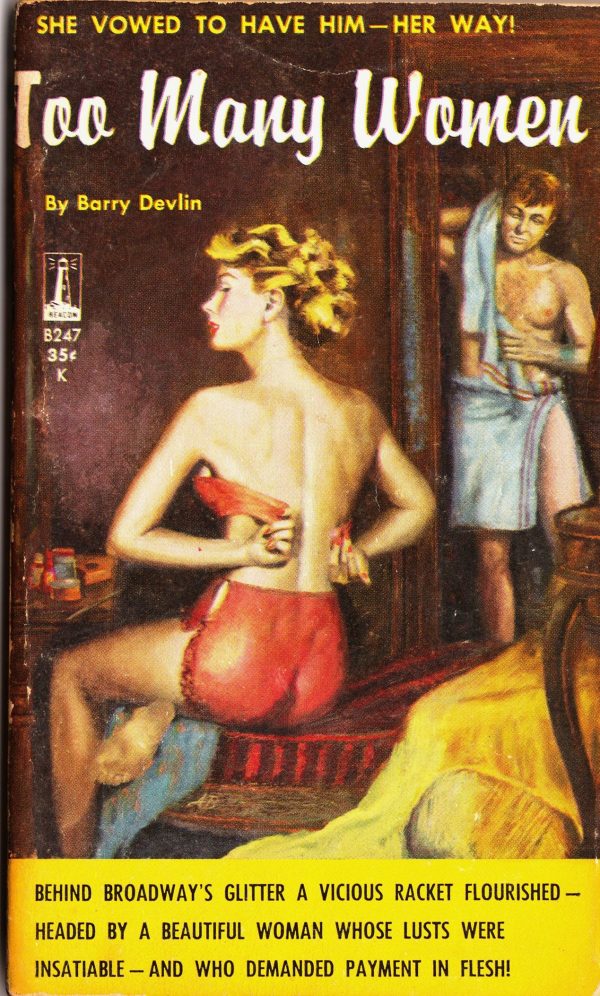 She Vowed To Have Him — Her Way!

STRANGE TASTES
For a girl, Marty had a peculiar name. But that wasn’t the only thing peculiar about her. Take the way she made her living. And the way she did her loving… Jack Lawrence considered Marty no more dangerous than the rest of the gals—Dolly and Maria, and that pretty dancer, Gloria Powell. He waded bare-foot through the slew of sultry sirens to get at Marty, only to find young Sally Saunders ahead of him—in Marty’s arms!
Jack had a magic that made women submit to him. But Marty had the magic too. Could he break up the menagerie of horrors she shared with twisted girls — and turn Sally from this path of perversity?

Not the same as this book of the same name.