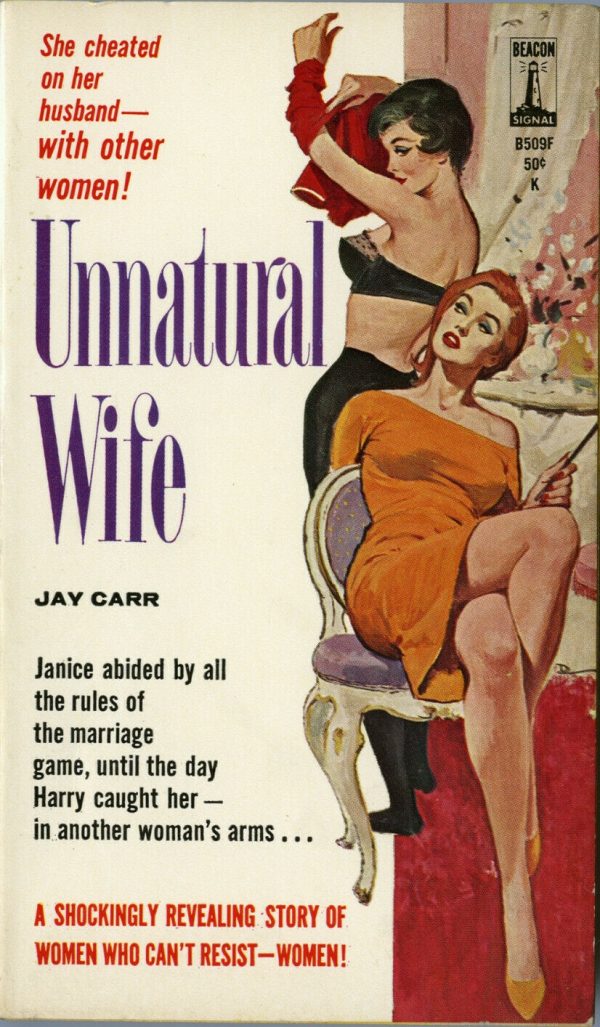 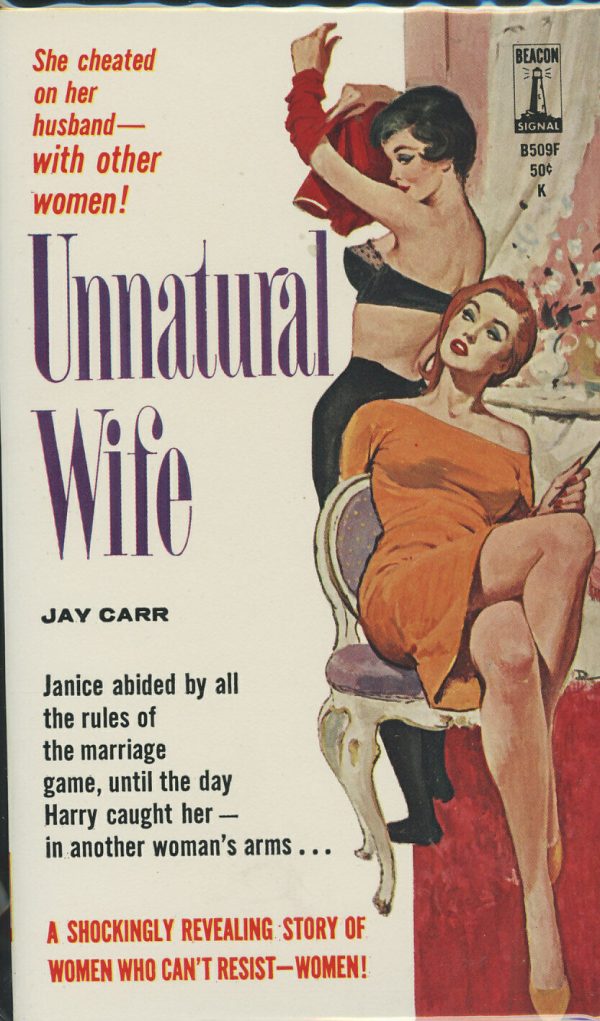 She cheated on her husband — with other women!

Janice abided by all the rules of the marriage game, until the day Harry caught her — in another woman’s arms…
A Shockingly Revealing Story Of Women Who Can’t Resist — Women!

CAN A HUSBAND COMPETE WITH OTHER WOMEN FOR HIS WIFE’S LOVE?
In the beginning, Janice had seemed as eager and sexually demanding as Harry, and marriage had only increased their ardor. But one day he arrived home unexpectedly early and found her reveling in erotic abandon—with a new girl-friend. Disgusted, shocked by the sordid revelation of his wife’s unnatural lusts, Harry threw himself blindly and furiously into a life of sensual forgetfulness—with the easy girls of the town, with his neighbor’s wife, with any stray female. It was his way of getting even with a woman—with all women—but it made imminent his downfall as a high-school principal. Then Marge Thomas, the new teacher he had hired, began slowly, surely, seductively, renewing his faith in the weaker sex. Yet, after his traumatic experience with a depraved wife, could he ever be sure of possessing a mate who was all woman?

A NOVEL THAT DARES TO DISCUSS A TABOO SUBJECT!