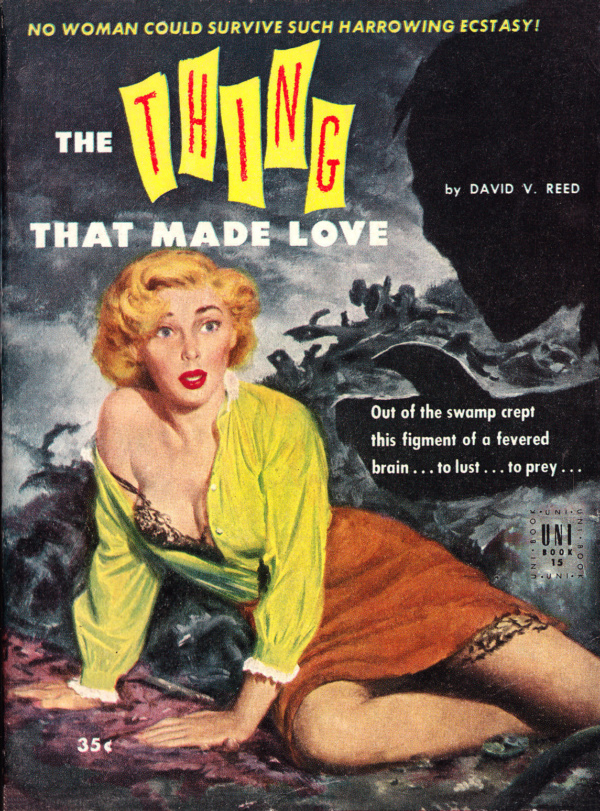 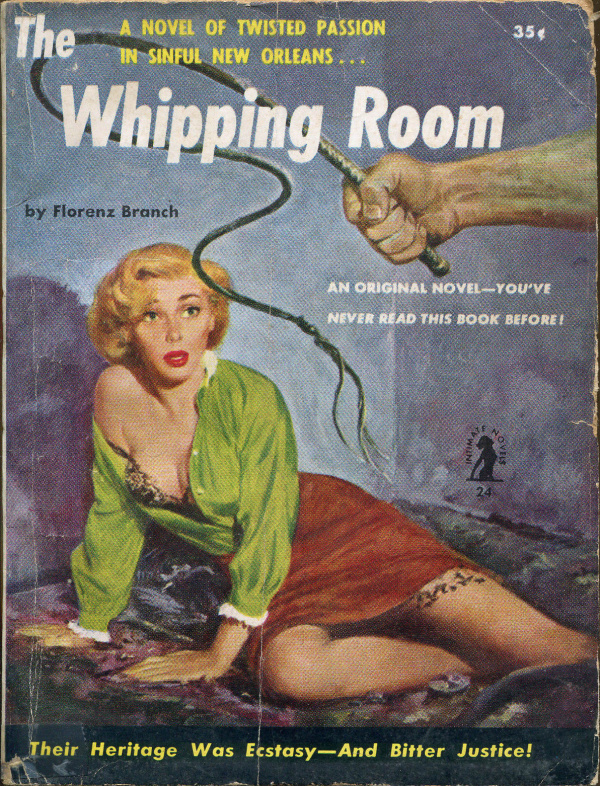 No Woman Could Survive Such Harrowing Ecstasy!
Out of the swamp crept this figment of a fevered brain… to lust… to prey…

A Novel Of Twisted Passion In Sinful New Orleans…
Their Heritage Was Ecstasy — And Bitter Justice!

Strange Love Stripped Them Of All Decency!
Once Over The Line They Could Not Stop!

From the back of Warped Women:

Can One Girl Love Another?

While still a schoolgirl, lovely Cynthia Bennett was turned against normal feelings by an incident at the hands of a brutal stableman. Later, her twisted emotions made her easy prey for the bewitchingly beautiful Jan Carter, proprietress of a reducing salon that gave exercises and massages to luxury-loving women.

Tenderly taught by Jan, young Cynthia sank ever deeper into the depravity that women share among themselves. Until, rugged Bill Barton, a photographer, tried to hire her as a model — and learned the truth about the “reducing salon”. Soon Cynthia was weighing his manly embraces against those of the voluptuous but thoroughly debased Jan…