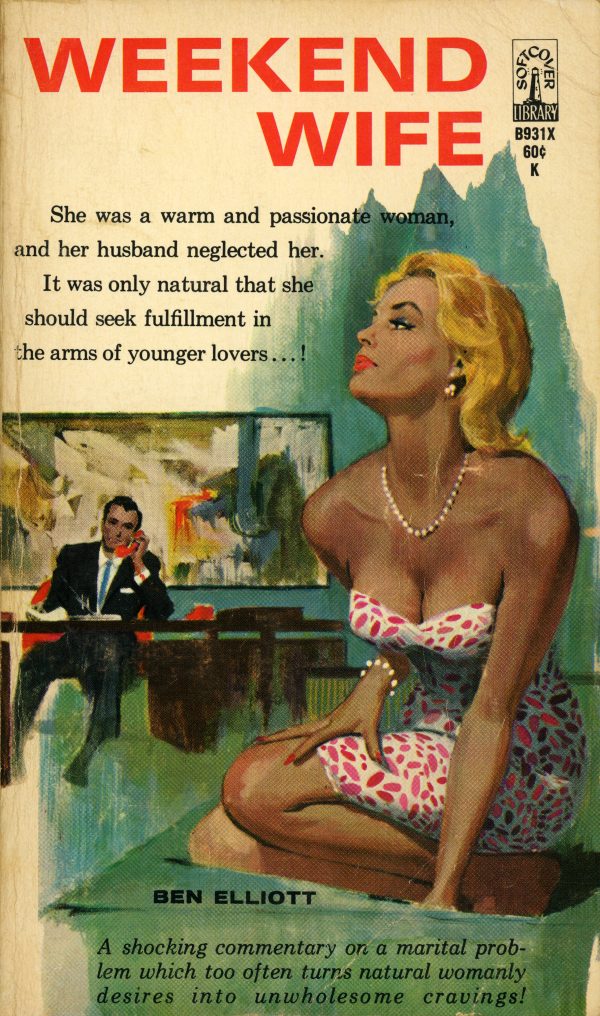 She was a warm and passionate woman, and her husband neglected her. It was only natural that she should seek fulfillment in the arms of younger lovers…!
A shocking commentary on a marital problem which too often turns natural womanly desires into unwholesome cravings!

She Tried It Once… while her husband was away… then found she could not do without it!
How can a loyal married woman suddenly become enslaved by the passion of a man fifteen years younger? Mona Shellman helplessly asked herself that question — even while she lay in Verne Morgan’s arms… Then she tried to give him up — but two days of marital life, as a weekend wife, were not enough — she had to have more!
As for Mona’s husband Jeff, he was on the road five days a week — and his male desires led him to an oversexed party girl, who sometimes sold her caresses — and sometimes gave them away.
What happens to a two-day-a-week marriage when both partners find satisfaction elsewhere — and each one finds out about the other? Read the answers in this sizzling novel of infidelity!