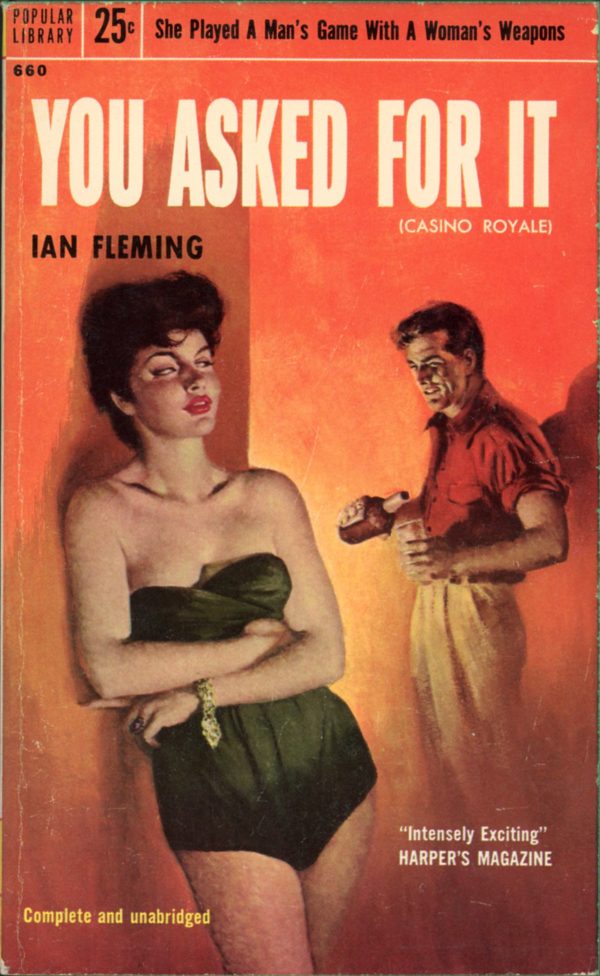 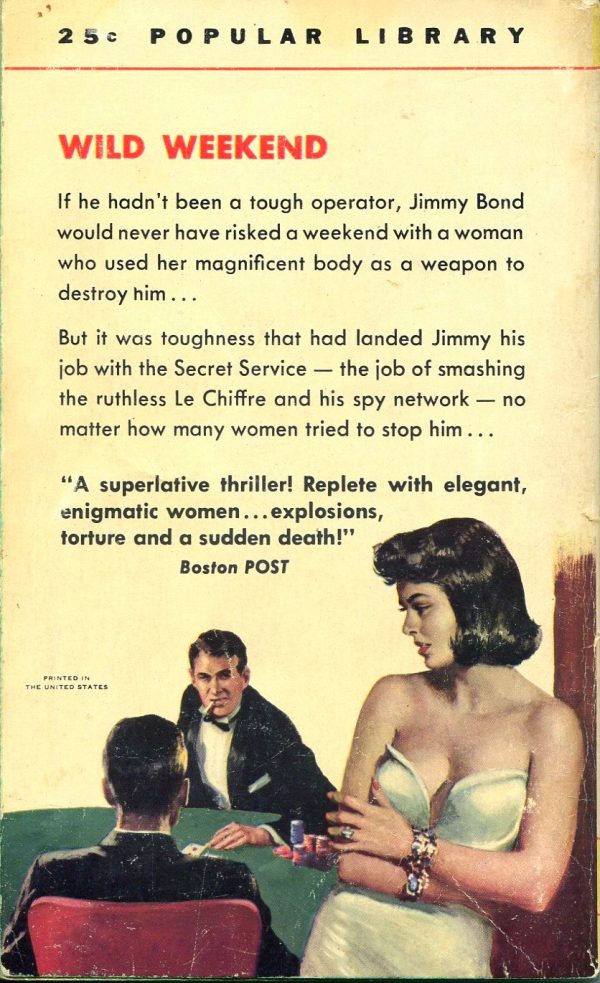 She Played A Man’s Game With A Woman’s Weapons

Yes, that Casino Royale. When the debut Bond novel was first published in America, it was thought that the original title was inappropriate for American readers.

The company’s marketing geniuses griped that the name Casino Royale wasn’t sufficiently saleable. (“Apparently, it was feared that American readers would not be able to pronounce ‘Royale,” quips a piece at CommanderBond.net). They wanted something different, a replacement that was more in keeping with the tough-guy stories then flooding U.S. bookstores.”Fleming’s suggestions for a new title, The Double-O Agent and The Deadly Gamble, were disregarded,” Wikipedia recalls,”in favor of You Asked for It. The novel was subtitled ‘Casino Royale’ and made reference to secret agent 007 as ‘Jimmy Bond’ on the back cover”

If he hadn’t been a tough operator, Jimmy Bond would never have risked a weekend with a woman who used her magnificent body as a weapon to destroy him…

4 thoughts on “You Asked For It (Original Title: Casino Royale)”