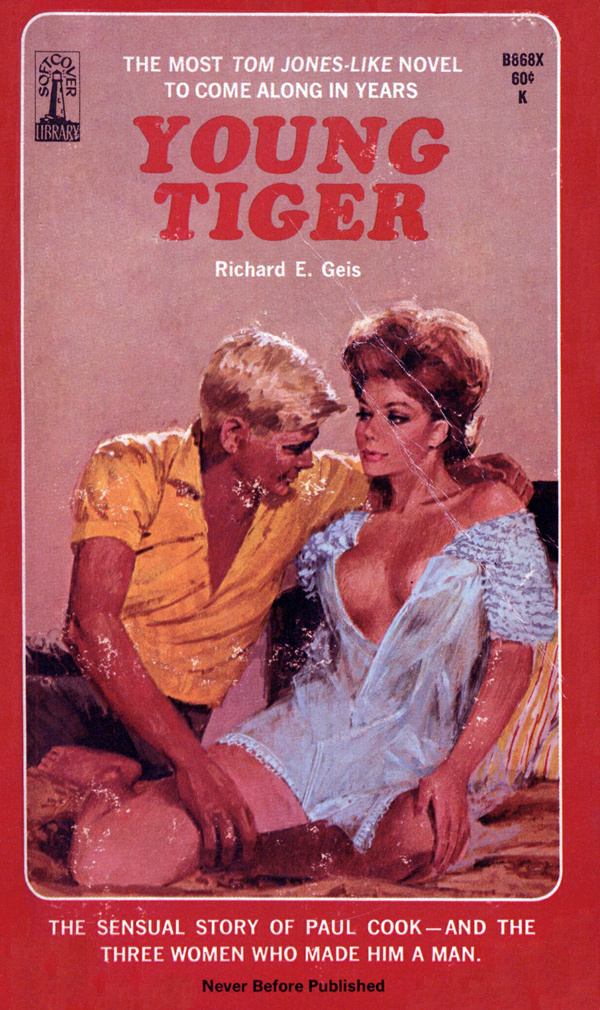 FROM THE BED OF A “BAD GIRL” INTO THE FOUR-POSTER OF A “RESPECTABLE” SUBURBAN HOUSEEWIFE!
Was this what Paul wanted — freedom from domineering mother with former easy-virtued Sali, who was now insisting on marriage? Paul’s mother disapproved and Paul, tormented, returned home to suburbia, to meet voluptuous Violet Patterson, living with husband Barry, next door.
Violet was at least twenty-eight, a luscious looker ripe, hungry and very neighborly. She soon saw to t that Paul didn’t have to go to bed lonely. The resulting whirlpool of passion that gripped this restless boy and this married woman, nearly ten years his senior, as at once both frightening and wonderful.
Yet Paul knew that marriage to sweet, young, mother-approved, college “square” Sharon might be inevitable.
Paul’s re-visit to Sali, now living with a lesbian, forced him to a surprise decision — making this the frankest, lustiest, most Tom Jones-like novel to come along in years!
HE PLAYED FOR KICKS-NOT FOR KEEPS!