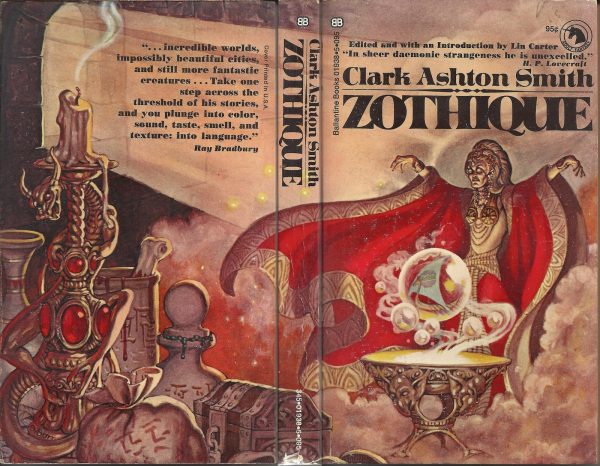 Zothique is a far future Earth where the sun is a dying “Red Star”, the continents have sunken and only “Zothique” remains as the last continent. In this far future our present history has been forgotten, new gods have been created, old gods have been reborn and the world has become a decadent place of danger and magic.