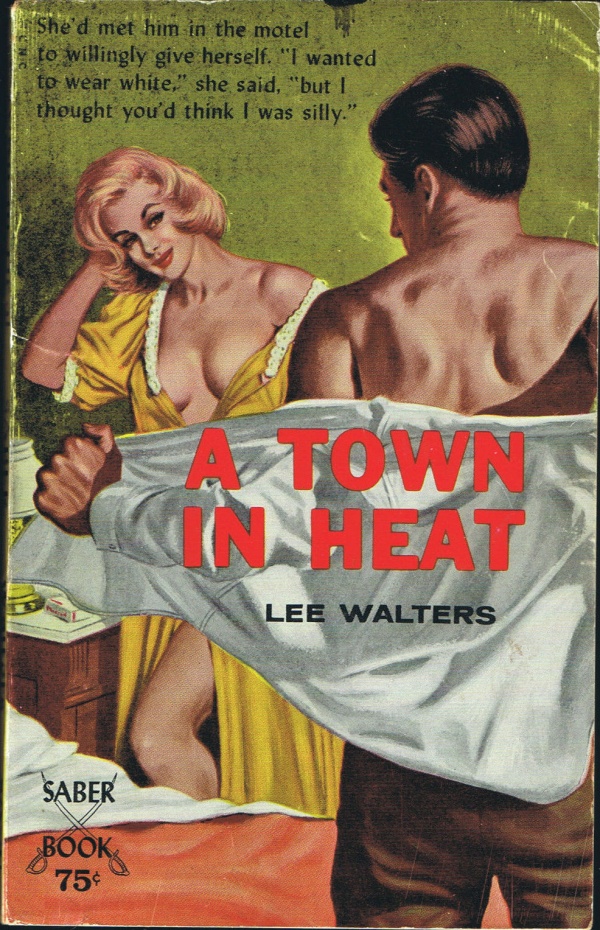 She’s met him in the motel to willingly give herself. “I wanted to wear white,” she said, “but I thought you’d think I was silly.”

KIP REYNOLDS, married, and newly transferred to Harmon, found his organization’s men and women steeped in chaotic boredom. The weather was warm, but the women were warmer.
Clair Dawson, though a virgin and unmarried, and who became Kip’s secretary, was seemingly the only exception-until she convinced herself that she must give herself most willingly to him. Kip partook of her as was her desire, but a little hell was only part of what he was to suffer when his own wife joined the
‘mattress marathon’.