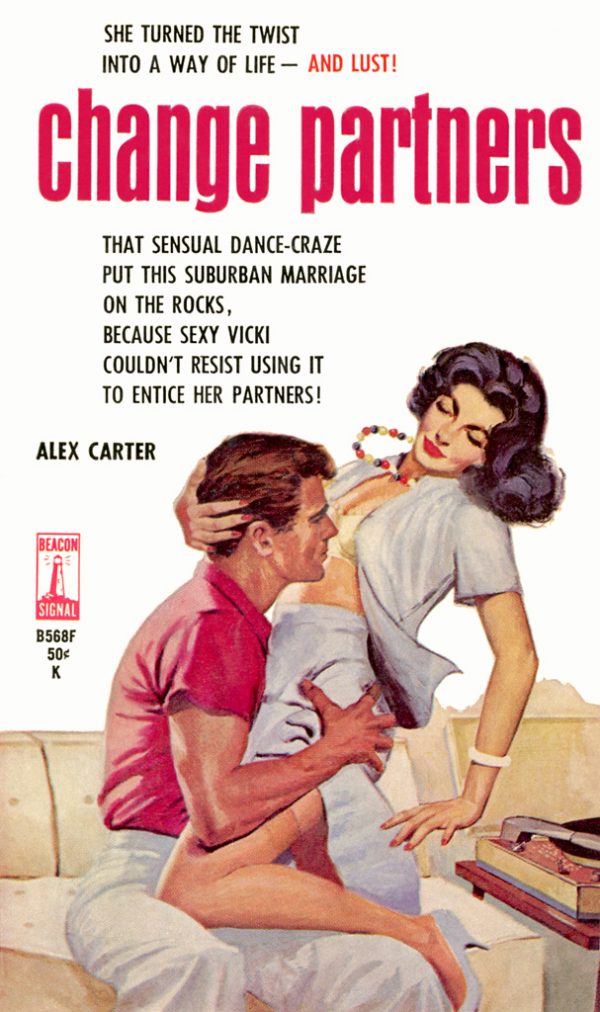 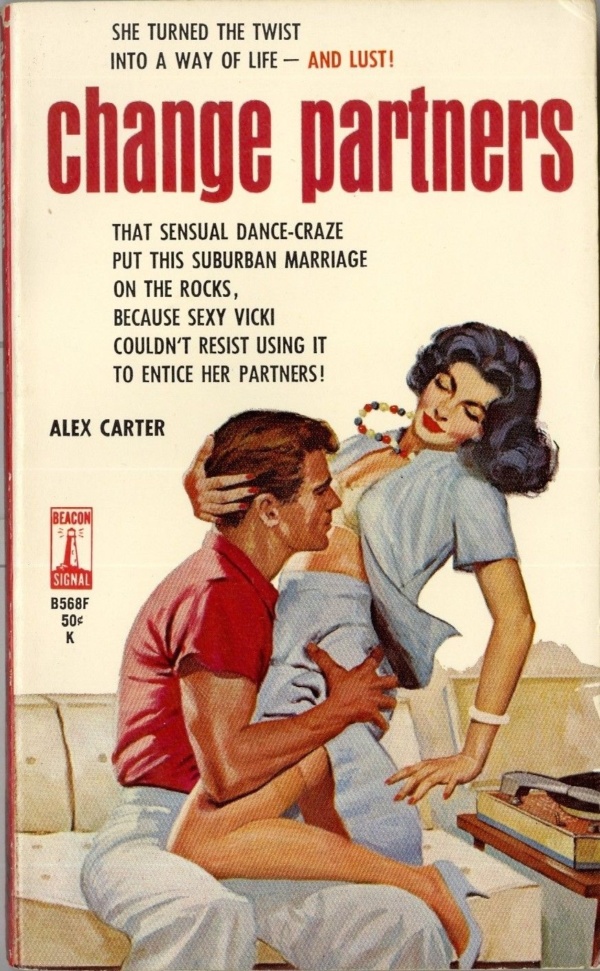 She Turned The Twist Into A Way Of Life — And Lust!

That Sensual Dance-Craze Put This Suburban Marriage On The Rocks, Because Sexy Vicki Couldn’t Resist Using It To Entice Her Partners!

NUDE and frustrated, Vicki Kennedy practiced the Twist in her lonely room until she was body perfect. A young suburban wife, she found that the dance supplied the stimulation she was no longer getting from Les, her conservative husband. Then one day Les walked in on her. Seeing her do the wild dance made a whale of a difference to Les. He loved every minute of it, and so did she.
But the way he had reacted made Vicki want as much of the Twist as she could get. At the country club, she picked as a partner the leader of the local wolf pack, Gene Towler. Aroused by the dance, she became involved in an affair with him. After that, she hunted for new men to dance with…!
THE TWIST was ruining their marriage. Les decided to fight fire with fire. He urged a friend, pretty Sybil Rogers, to give him lessons. She did, and the lessons covered more than dancing. He was taught that the steps could lead to seduction …and that Sybil was the perfect partner.

Maybe Vicki didn’t care. She had to keep Twisting. She thrilled to the passion the dance promised and the next man might provide. Could Les prove to her that he had learned enough to keep pace with her on the dance floor—and at home?

DOES A DANCE LIKE THE TWIST REALLY CAUSE SENSUAL STIMULATION… OR IS IT MERELY A CONVENIENT EXCUSE TO DROP ALL BARRIERS AND ALL RESTRAINT?