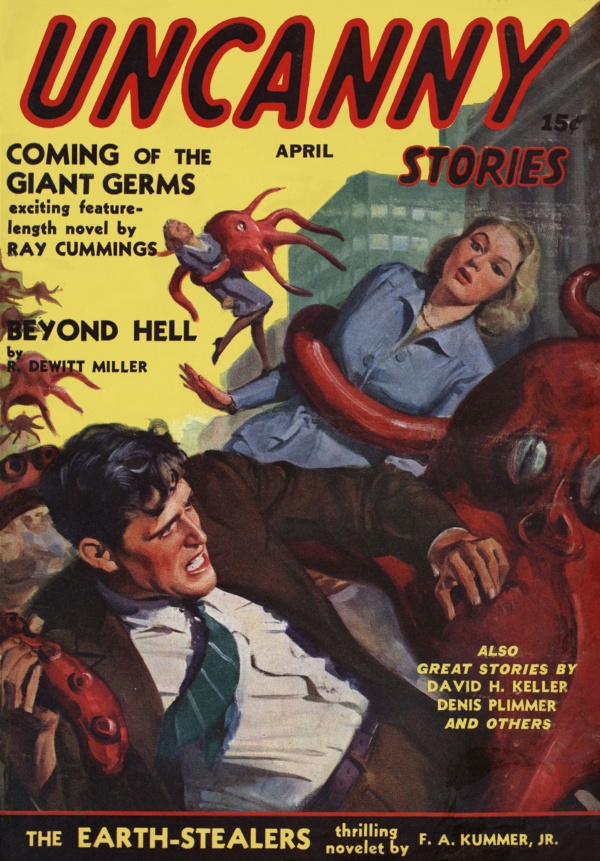 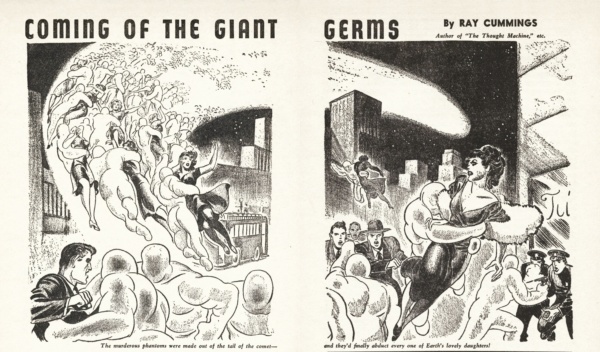 This was the first and only issue. It also included Beyond Hell, The Earth-Stealers, and Speed Will Be My Bride, and included interior art by Jack Kirby, Joe Simon and Alex Schomburg.

The cover itself is a bit of a mystery. The ISFDB and Wikipedia lists it as a Norman Saunders, but NormanSaunders.com disagrees, and to me it looks nothing like Saunders’ work. ComicsBookStories has it tagged as H.J. Ward, which looks slightly more plausible, but still seems unlikely.

The entire issue can be downloaded here

One thought on “Coming of the Giant Germs”