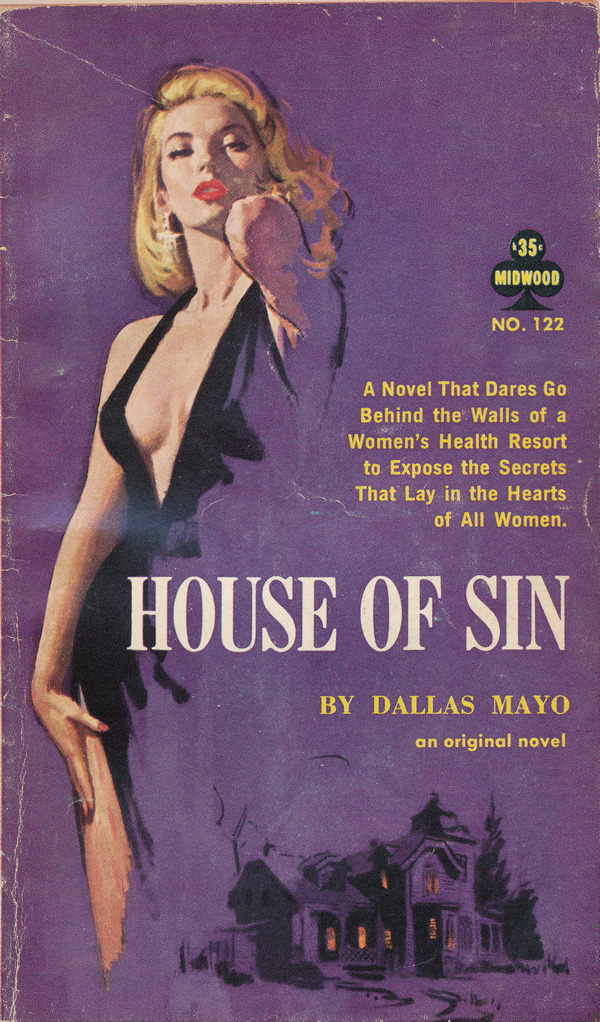 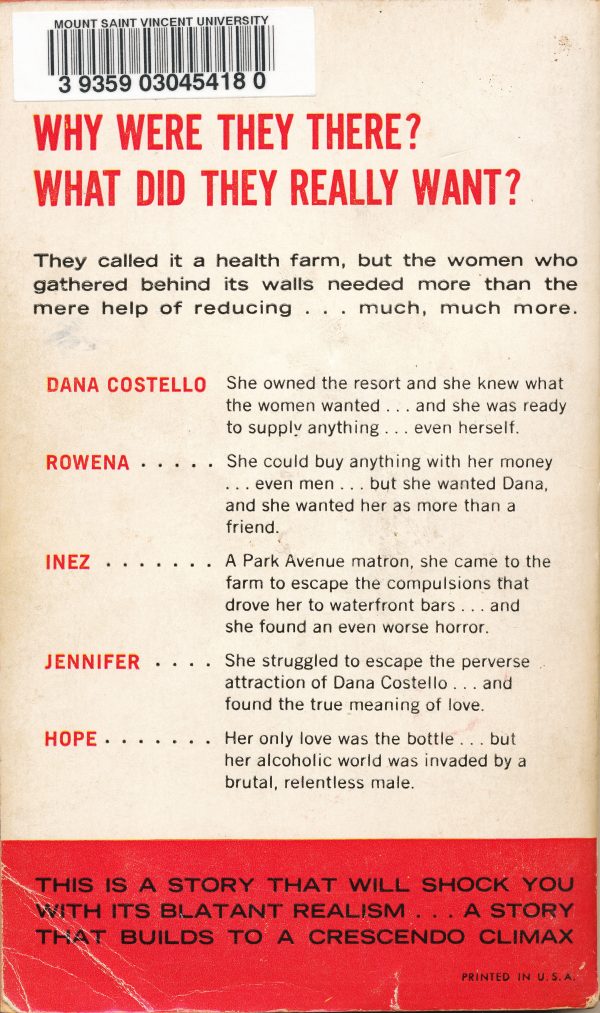 Why were they there? What did they really want?
They called it a health farm, but the women who gathered behind its walls needed more than the mere help of reducing… much, much more.
Dana Costello: She owned the resort and she knew what the women wanted… and she was ready to supply anything…even herself.
Rowena: She could buy anything with her money…even men…but she wanted Dana and she wanted her as more than a friend.
Inez: A Park Avenue matron, she came to the farm to escape the compulsions that drove her to waterfront bars…and she found an even worse horror.
Jennifer: She struggled to escape the perverse attraction of Dana Costello… and found the true meaning of love.
Hope: Her only love was the bottle… but her alcoholic world was invaded by a brutal relentless male.
This is a story that will shock you with its blatant realism…a story that builds to a crescendo climax.