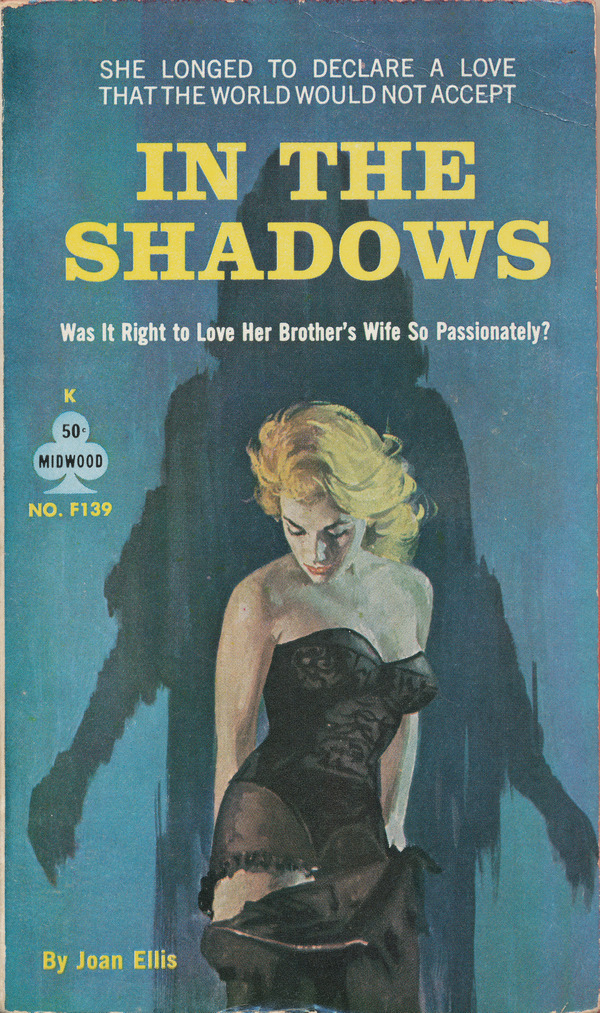 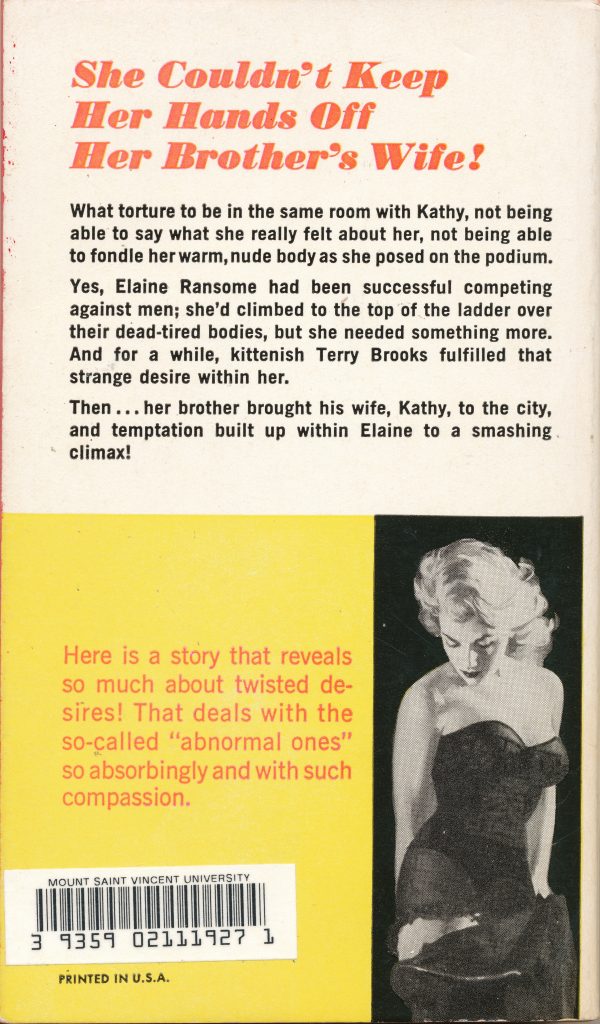 She Longed To Declare A Love That The World Would Not Accept
Was It Right To Love Her Brother’s Wife So Passionately?

She Couldn’t Keep Her Hands Off Her Brother’s Wife!

What torture to be in the same room with Kathy, not being able to say what she really felt about her, not being able to fondle her warm, nude body as she posed on the podium.
Yes, Elaine Ransome had been successful competing against men; she’s climbed to the top of the ladder over their dead-tired bodies, but she needed something more. And for a while, kittenish Terry Brooks fulfilled that strange desire within her.
Then… her brother brought his wife, Kathy, to the city, and temptation built up within Elaine to a smashing climax!