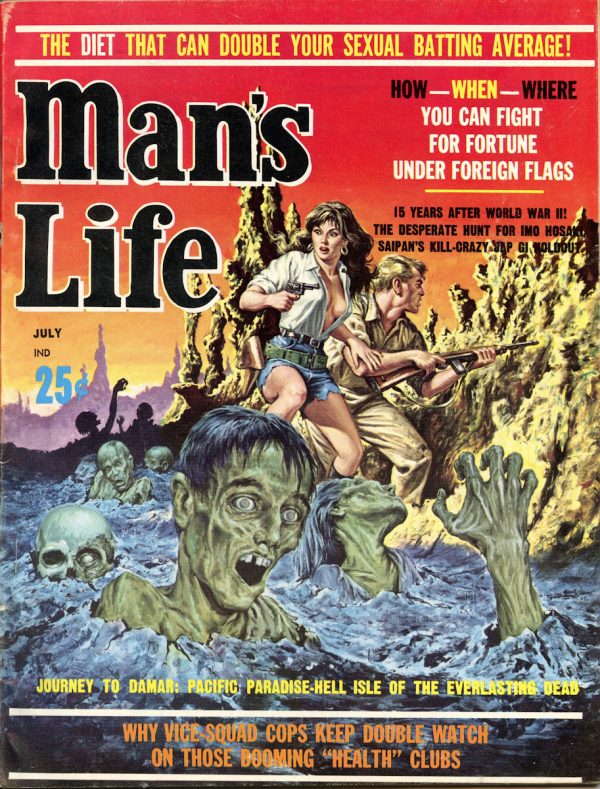 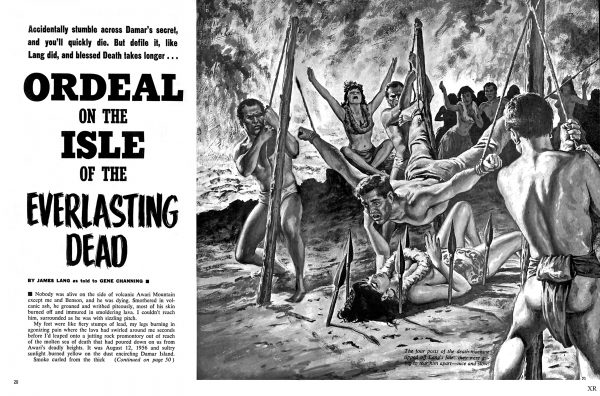 That sounded like a zombie story to me. But when I received the magazine and read it I found out “the everlasting dead” were not “living dead.” They’re dead dead. They’re the bodies of unfortunate victims of a South Seas tribe that likes to preserve the sacrificial victims they use in their tribal ceremonies. Ah well, the cover painting is still very cool — and so is the interior artwork for the story, which is titled “Ordeal on the Isle of the Everlasting Dead.”

Also includes How — When — Where: You Can Fight For Fortune Under Foreign Flags, and The Diet That Can Double Your Sexual Batting Average!