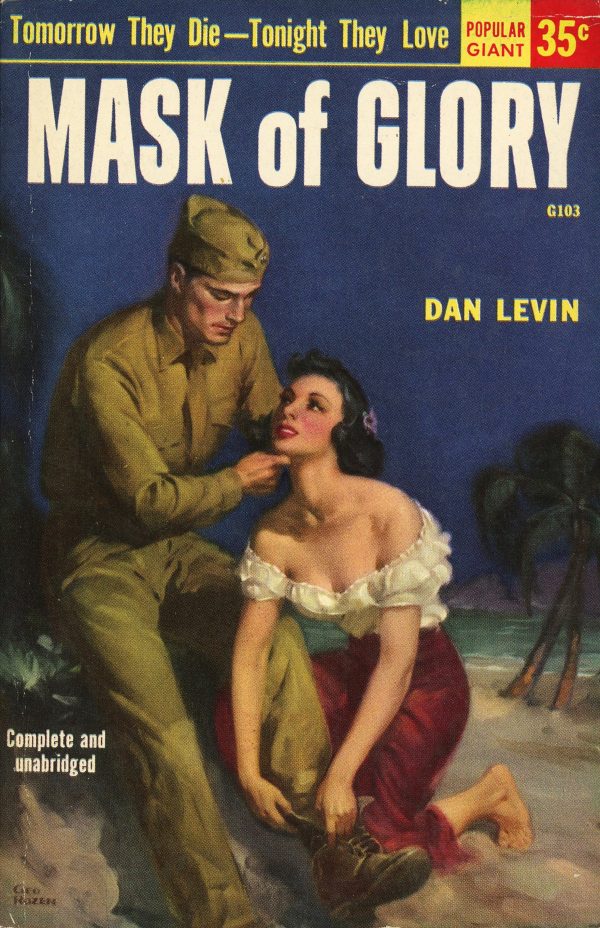 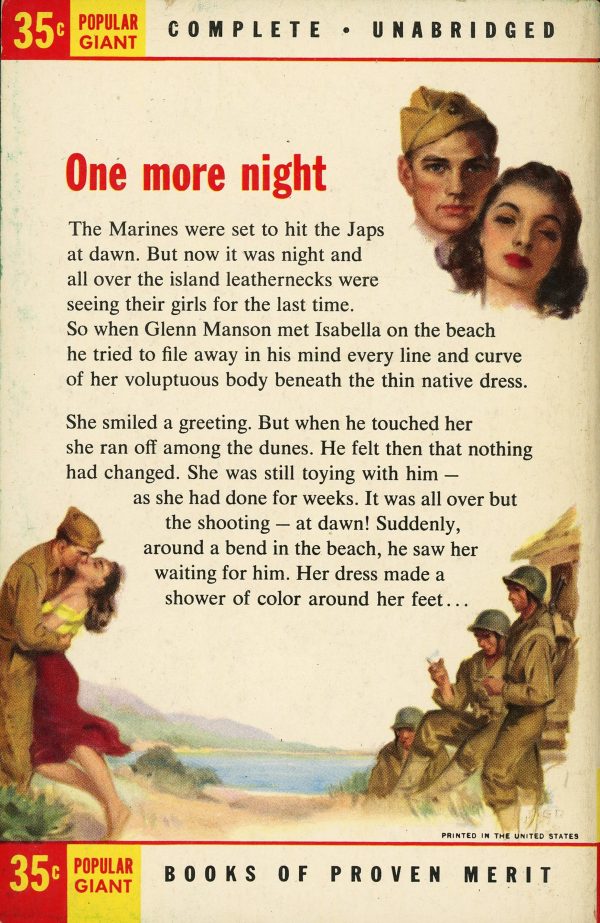 Tomorrow They Die — Tonight They Love

The Marines were set to hit the Japs at dawn. But now it was night and all over the island leathernecks were seeing their girls for the last time. So when Glenn Manson met Isabella on the beach he tried to file away in his mind every line and curve of her voluptuous body beneath the thin native dress.
She smiled a greeting. But when he touched her she ran off among the dunes. He felt then that nothing had changed. She was still toying with him —as she had done for weeks. It was all over but the shooting — at dawn! Suddenly, around a bend in the beach, he saw her waiting for him. Her dress made a shower of color around her feet…