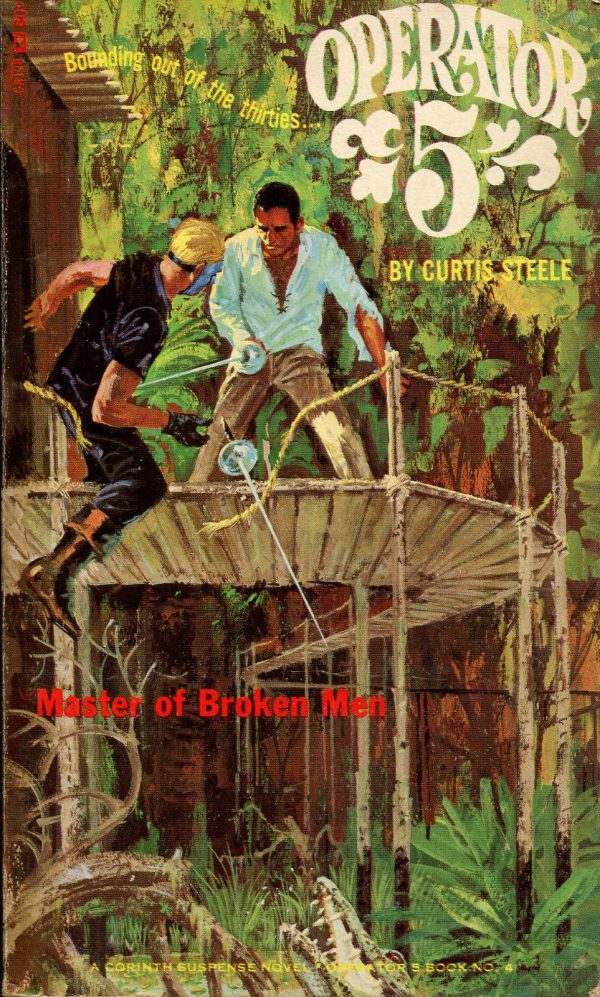 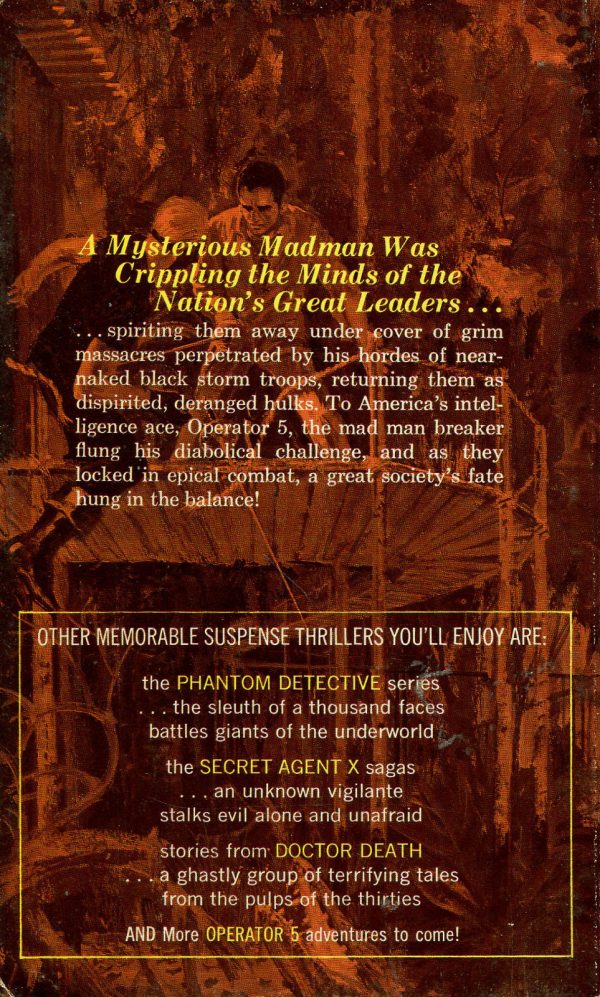 A Mysterious Madman Was Crippling The Minds Of The Nation’s Great Leaders…
spiriting them away under the cover of grim massacres perpetrated by his hordes of near-naked black storm troops, returning them as dispirited, deranged hulks. To America’s intelligence ace, Operator 5, the mad man breaker flung his diabolical challenge, and as they locked in epic combat, a great society’s fate hung in the balance!