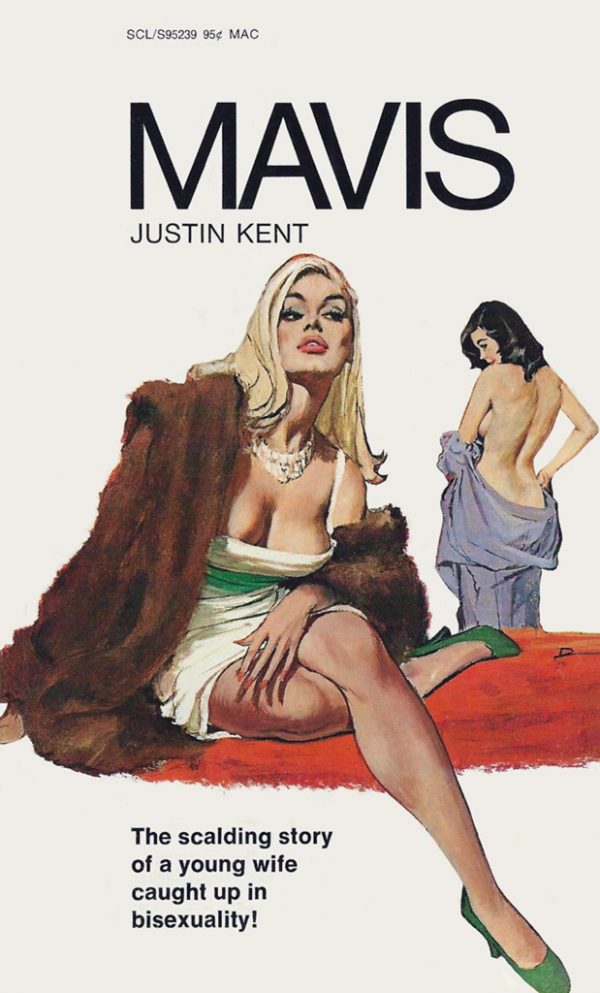 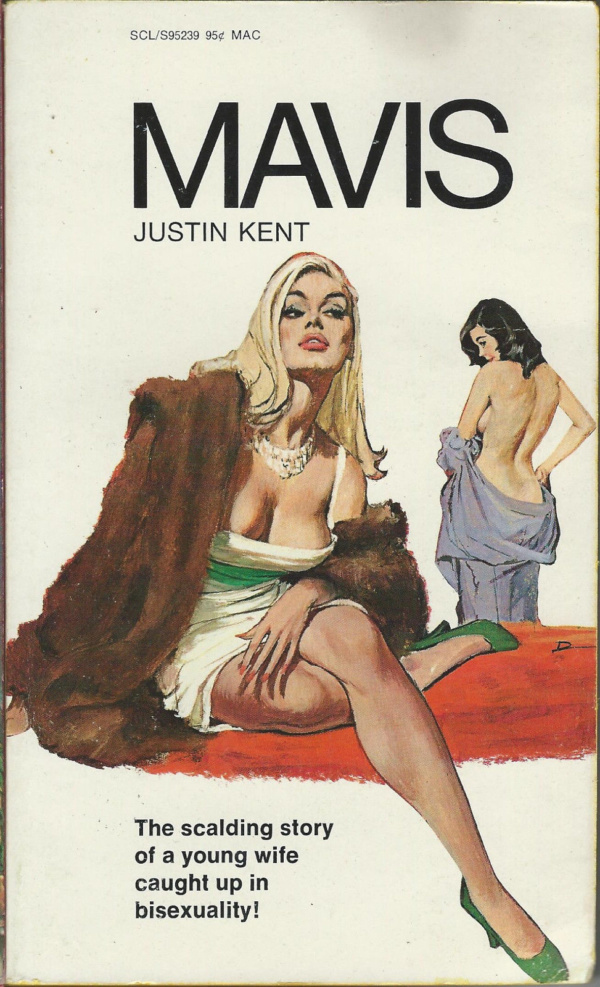 The scalding story of a young wife caught up in bisexuality!

This is the third edition of this novel I have posted, but I can’t find any record of it existing anywhere, not even a publication year. The artwork was previously used for The Other Kind

How does a girl know whether or not she is a Lesbian? The question occurred to happily married Mavis after she accepted the twisted advances of Louise Smythe and found herself enjoying it!
Mavis yielded to that handsome pervert in order to help her husband’s career. But his response was to visit motels with sexy Gloria Haynes. All he had given Mavis, she now had to get from lusting Louise-and did.
Her wicked pleasures tortured Mavis. Was she one of those AC/DC types, she asked herself? Or actually a genuine Lesbian? She could force a solution, Mavis knew, by tricking the other two women into each other’s arms, thus releasing her husband-but did she want to?
This frank and unusual novel tells how the seeds of warped passion sprout-how they are nurtured-how sometimes they can be uprooted!