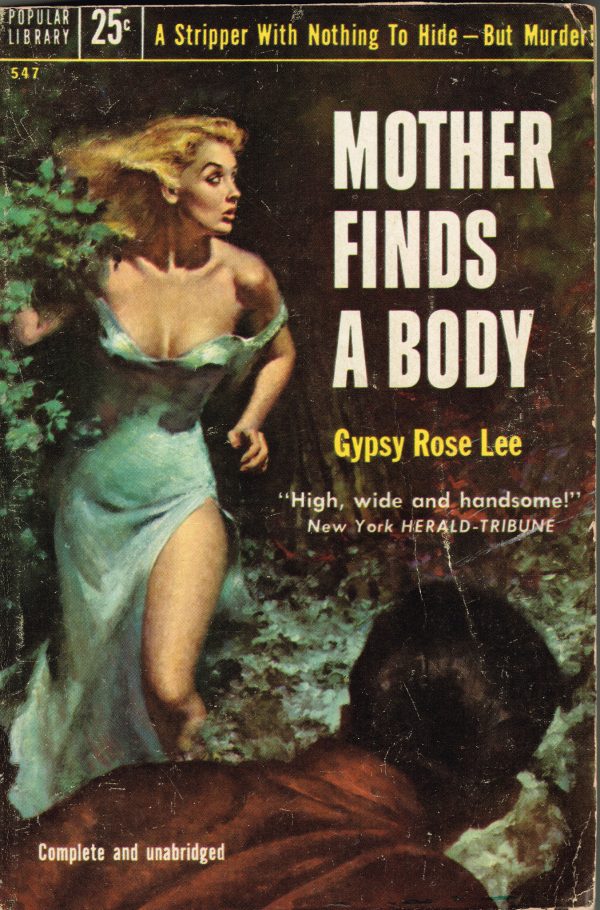 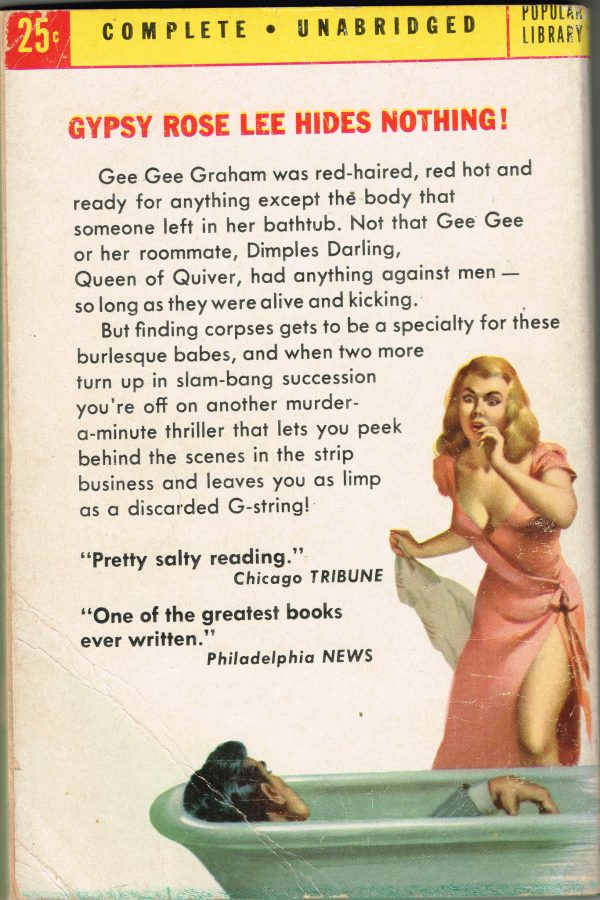 A Stripper With Nothing To Hide – But Murder

Gee Gee Graham was red-haired, red hot and ready for anything except the body that someone left in her bathtub. Not that Gee Gee or her roommate, Dimples Darling, Queen of Quiver, had anything against men — so long as they were alive and kicking…
But finding corpses gets to be a specialty for these burlesque babes, and when two more turn up in slam-bang succession you’re off on another murder-a-minute thriller that lets you peek behind the scenes in the strip business and leaves you as limp as a discarded G-string!