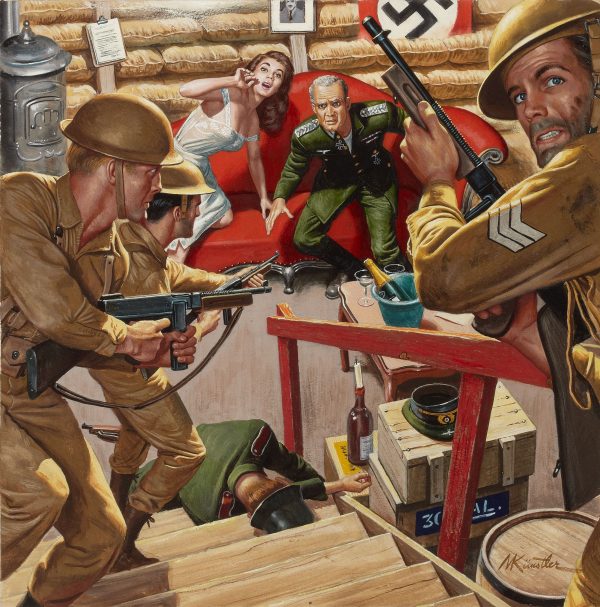 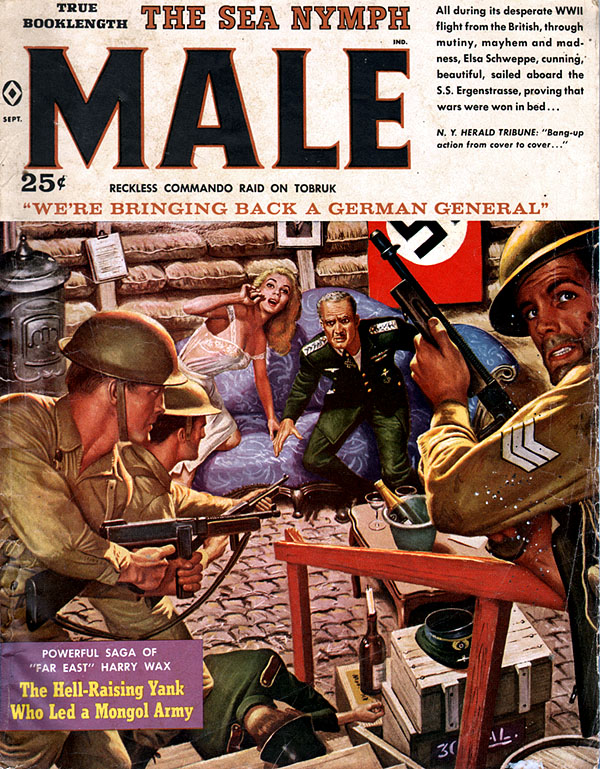 This scene was originally based on the feature Reckless Commando Raid on Tobruk: We’re Bringing Back a German General. It later appeared on the cover of True Action magazine, May 1962, for the feature The Surprise Allied Raid that Captured a Top Afrika Corps General.

These issues also feature WWII Yank And Five Nudist Girls Who Liberated A Danish Village, The Paris Party girl And Her Strange Love Balloon, The Hell-Raising Yank Who Led A Mongol Army, and The Sea Nymph