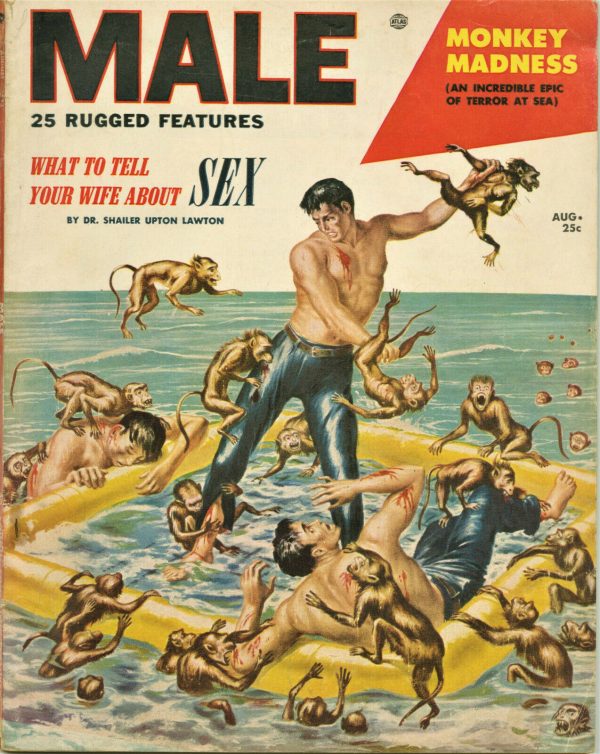 An Incredible Epic Of Terror At Sea

Also, What To Tell Your Wife About Sex. Presumably, “Yes, please!” 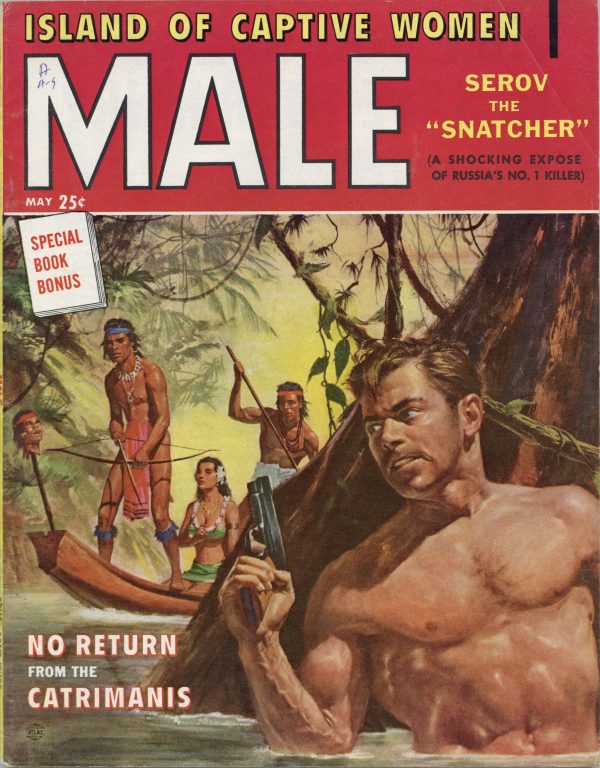 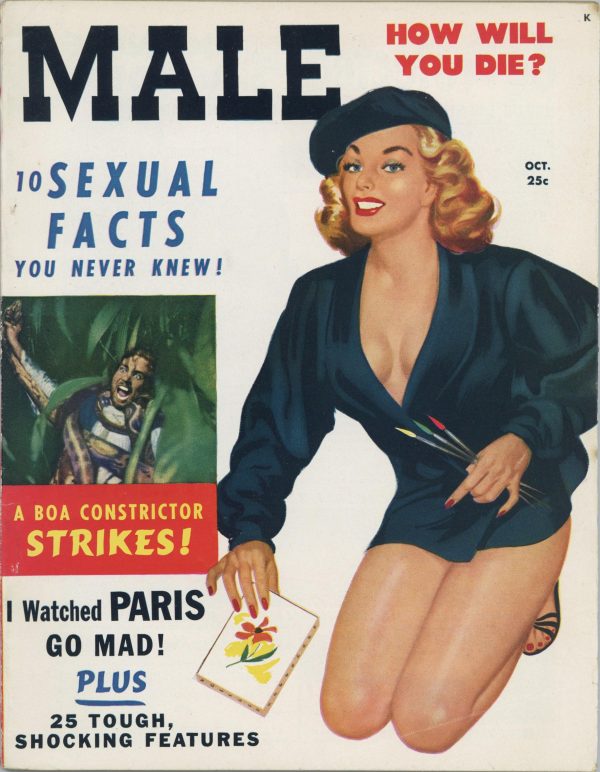 Also featuring A Boa Constrictor Strikes and How Will You Die? 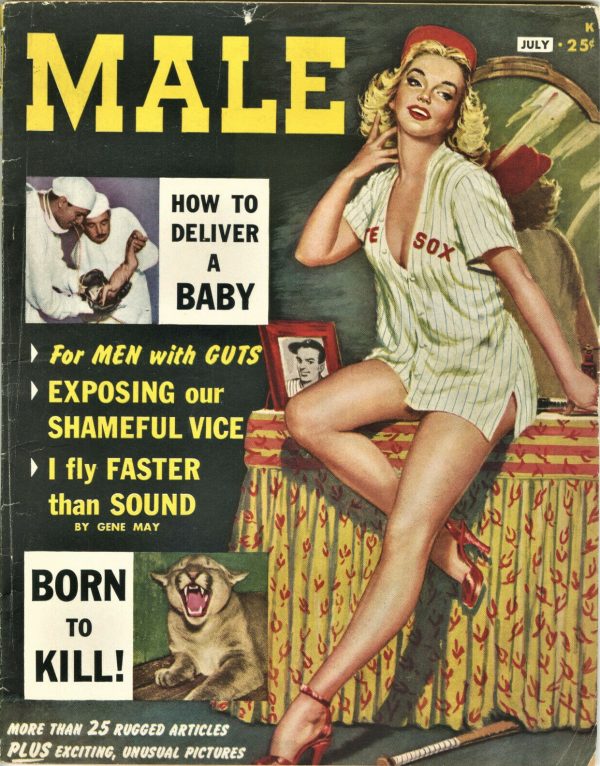 The second issue. Also featuring How To Deliver A Baby, Exposing Our Shameful Vice, I Fly Faster Than Sound, and Born To Kill! 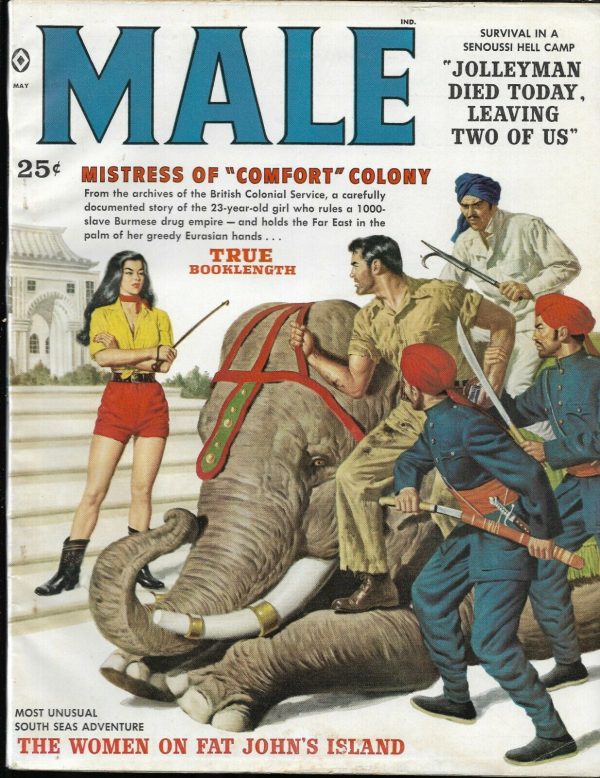 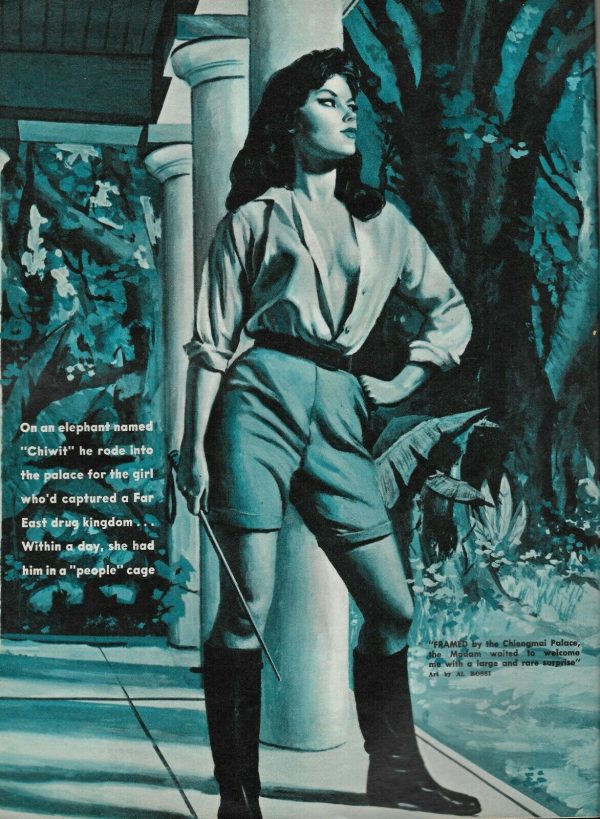 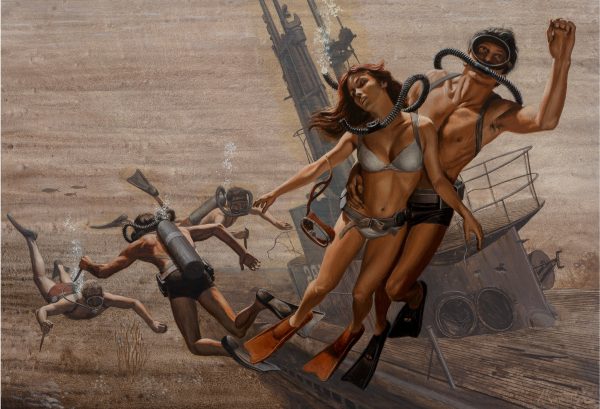 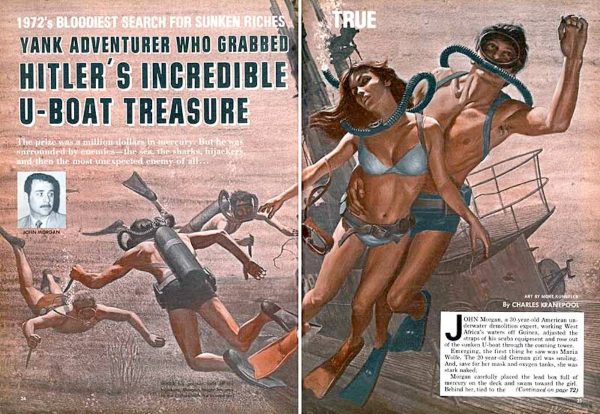 The prize was a million dollars in mercury. But he was surrounded by enemies — the sea, the sharks, hijackers, and then the most unexpected enemy of all…

By the 70’s, these men’s magazine covers had devolved to stereotypical (i.e. boring) girly-photos, but the interior illustrations were often still awesome. 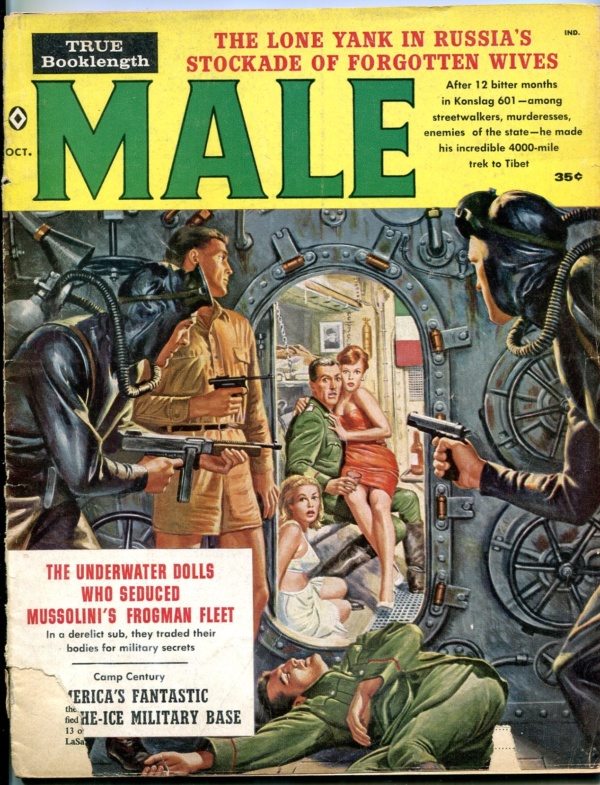 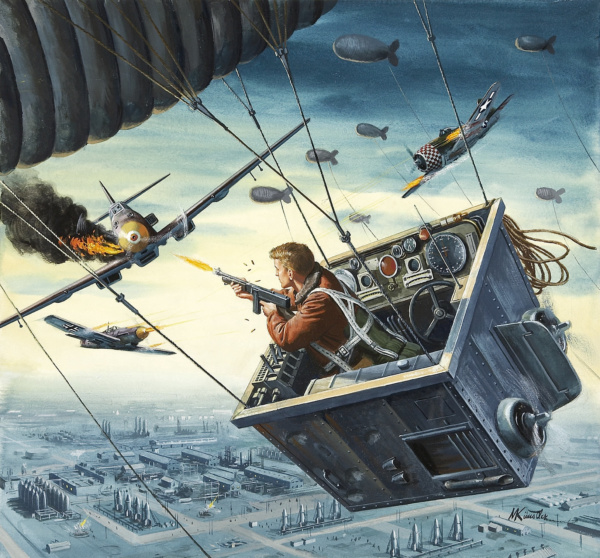 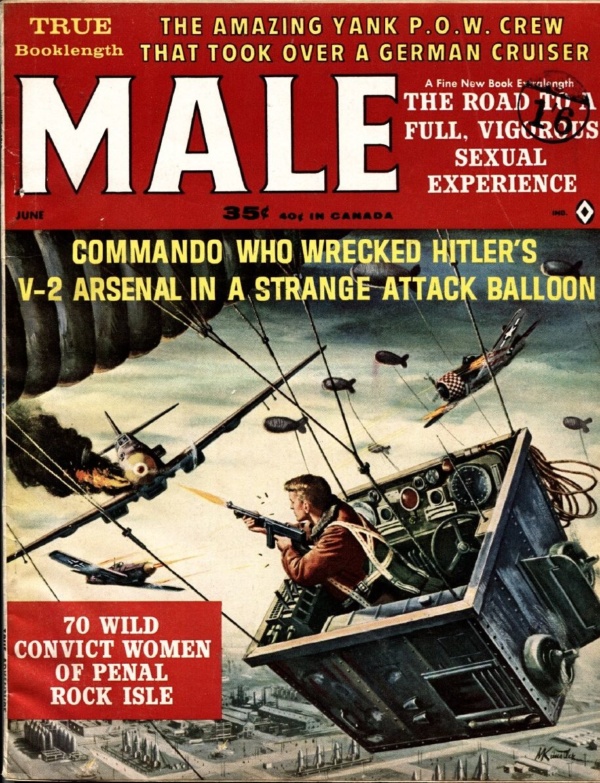 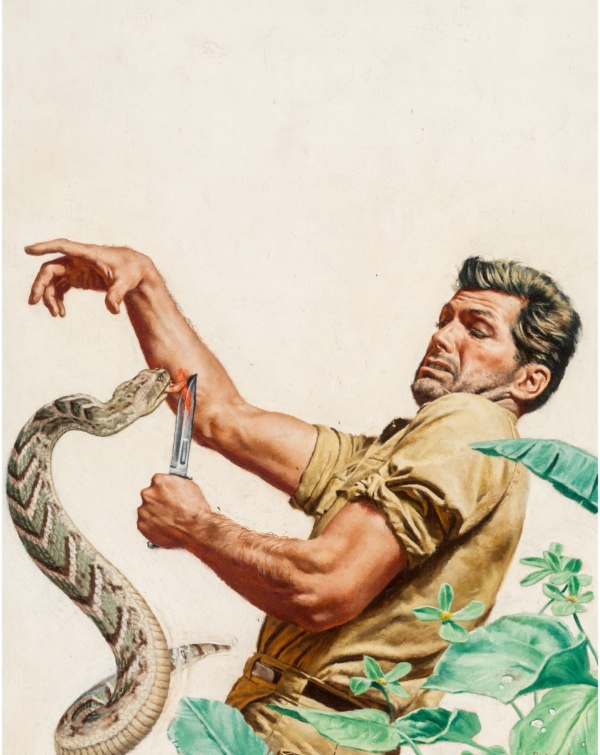 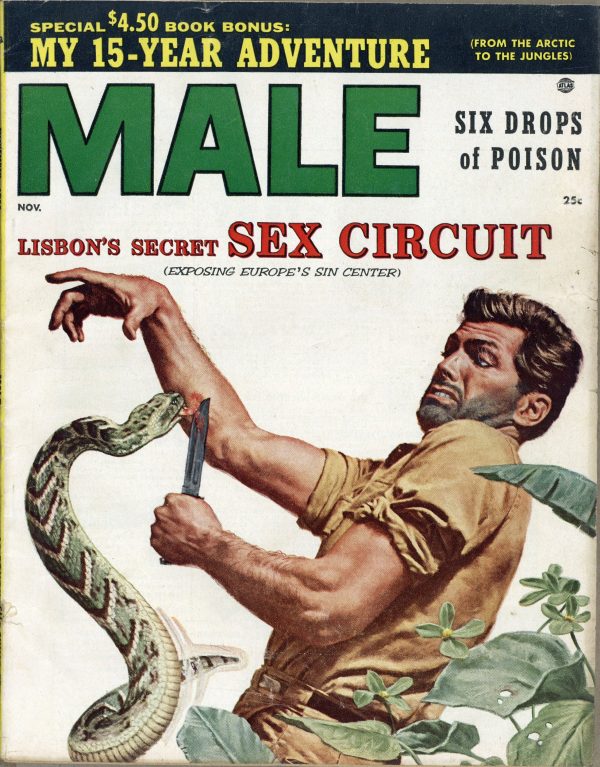 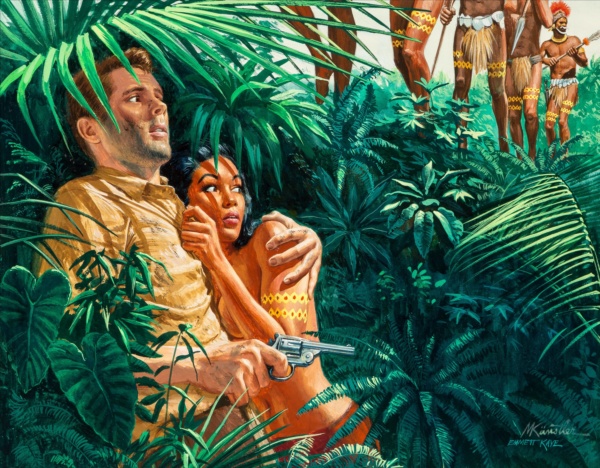 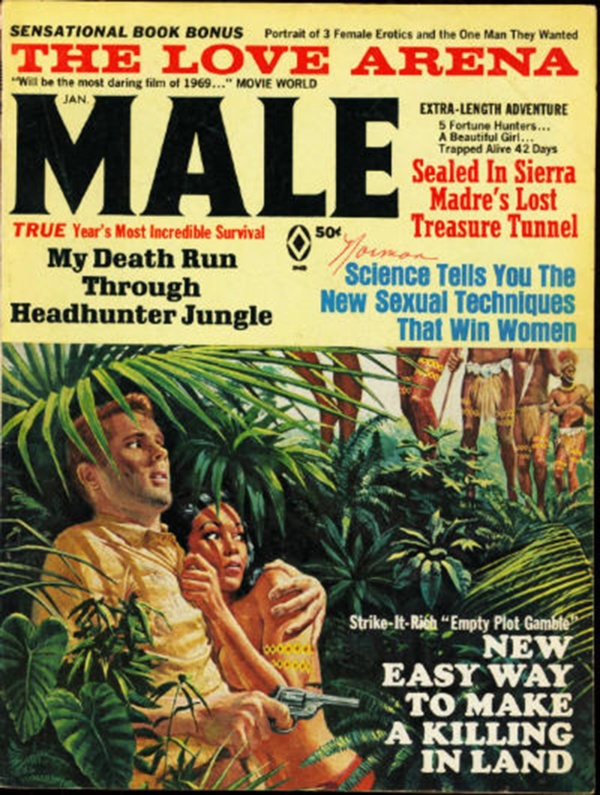 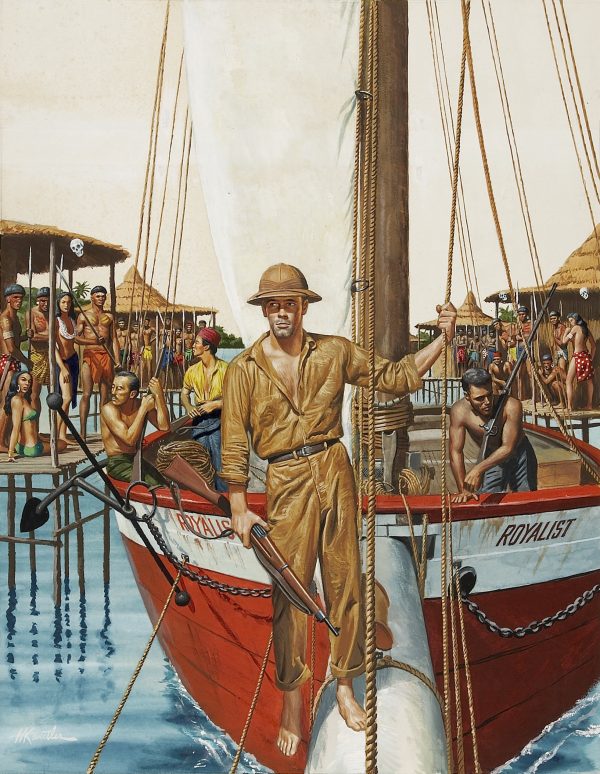 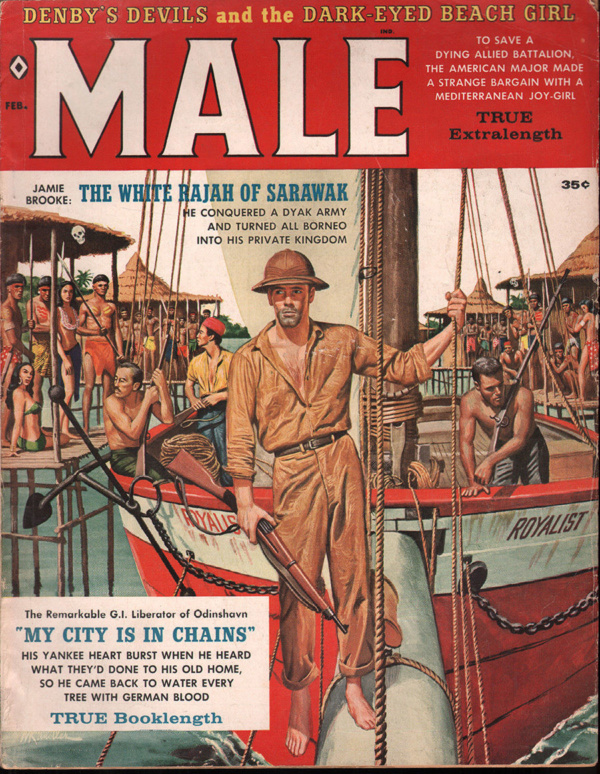 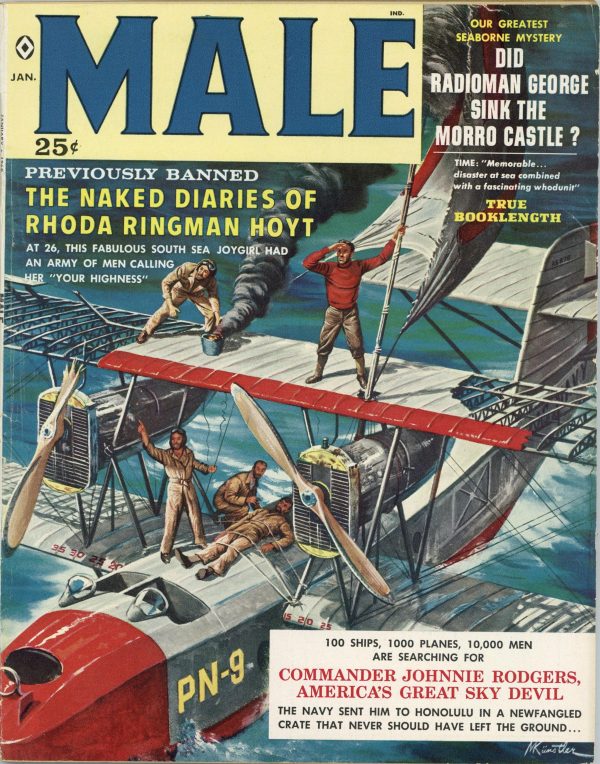 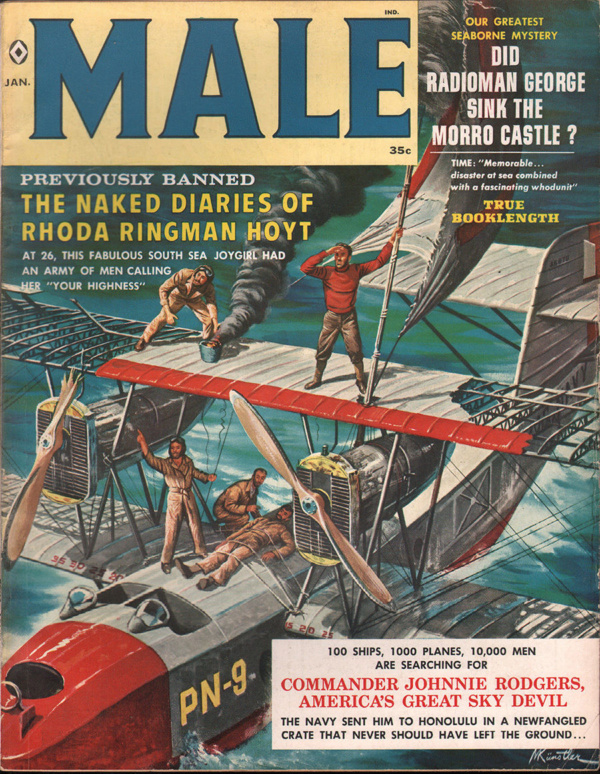 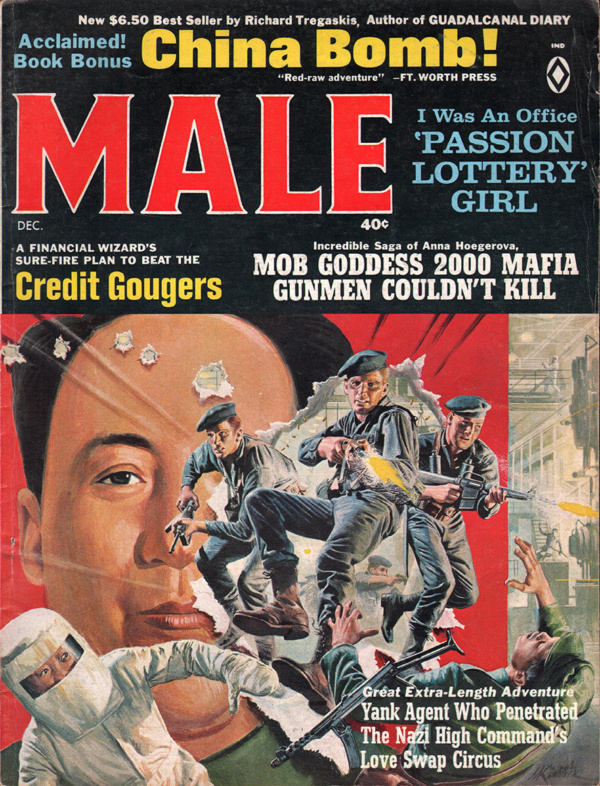 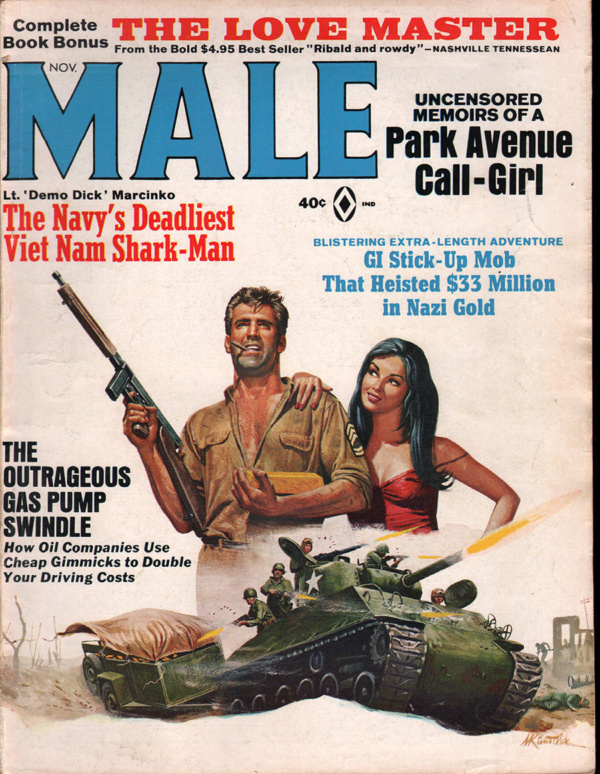 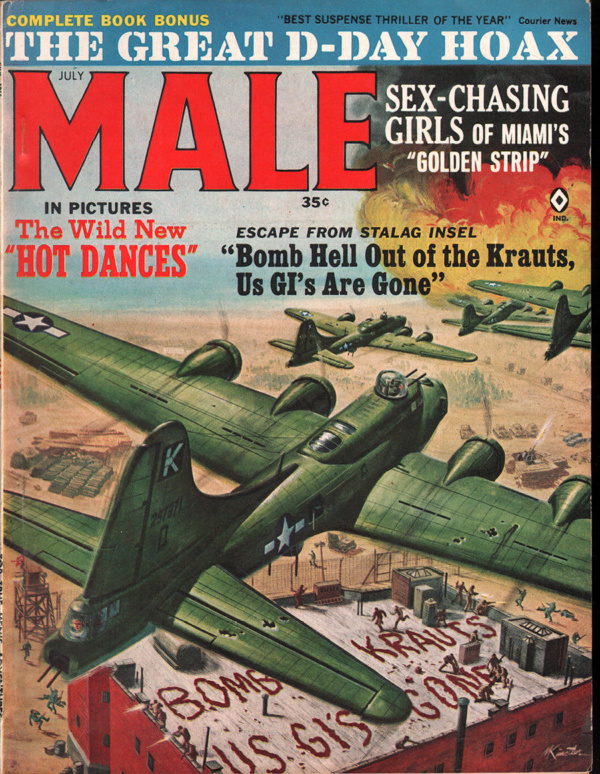