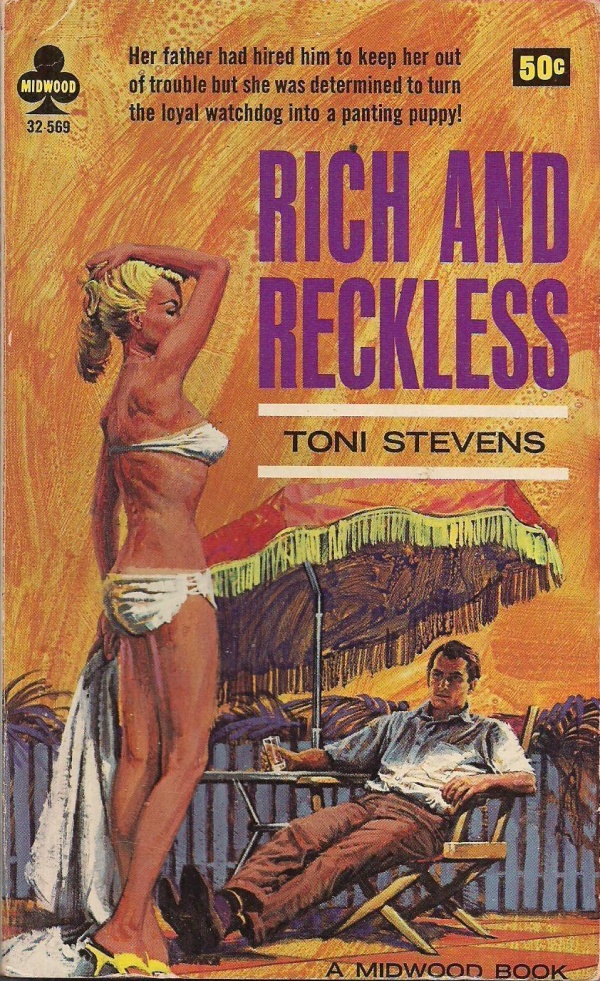 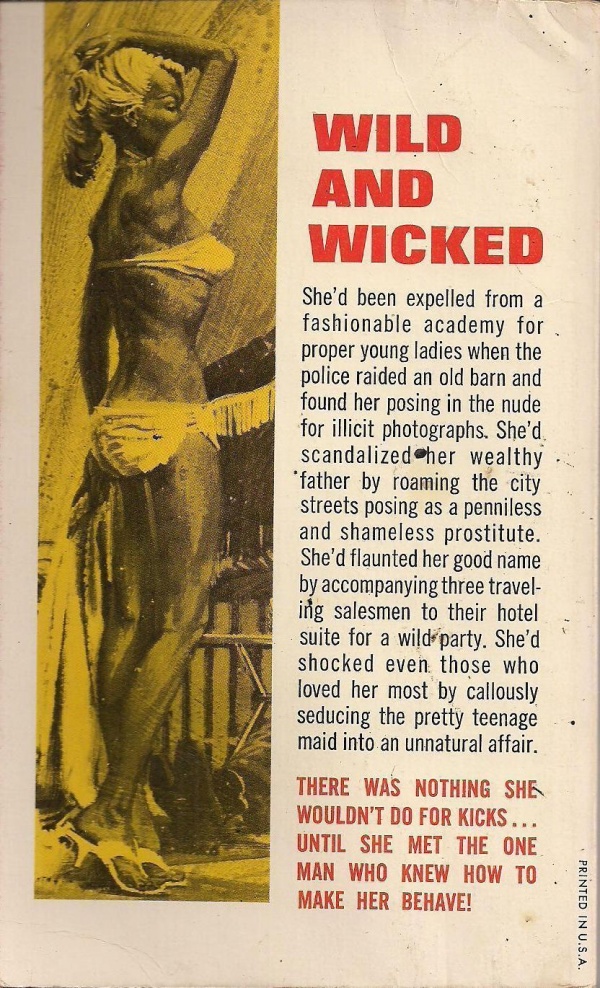 Her father had hired him to keep her out of trouble but she was determined to turn the loyal watchdog into a panting puppy!

Wild And Wicked
She’d been expelled from a fashionable academy for proper young ladies when the police raided an old barn and found her posing in the nude for illicit photographs. She’d scandalized her wealthy father by roaming the city streets posing as a penniless and shameless prostitute. She’d flaunted her good name by accompanying three traveling salesmen to their hotel suite for a wild party. She’d shocked even those who loved her most by callously seducing the pretty teenage maid into an unnatural affair.
There Was Nothing She Wouldn’t Do For Kicks… Until She Met The One Man Who Knew How To Make Her Behave!