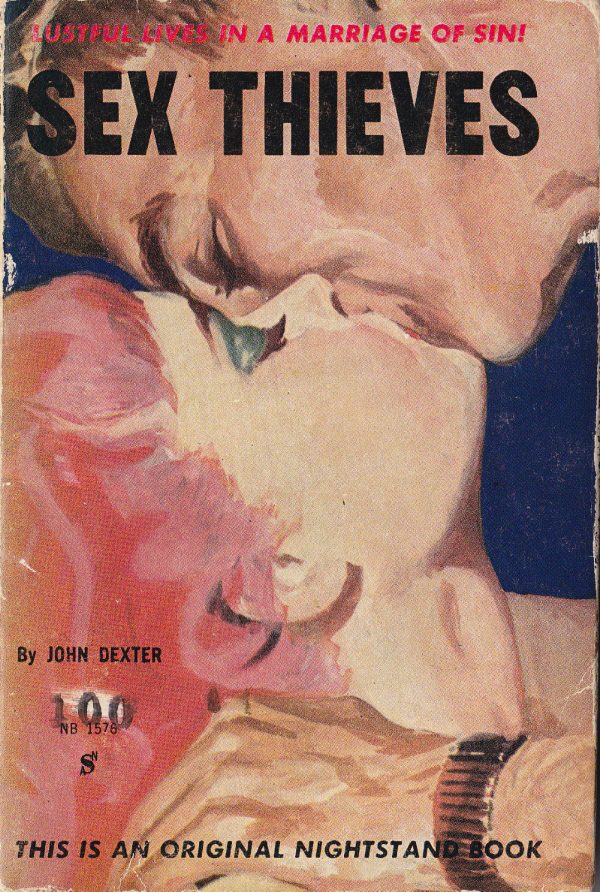 Lustful Lives In A Marriage Of Sin!

A State Of Sin…
was what most people would call then flaming, frenzied affair, Sin because Stan was married to Nita, a drunkard and a wanton. Sin because Leah, with a body too beautiful to be owned by any one man, was married to Rory. Sin because Rory was no longer a man, but a sniveling, frightened shell obsessed with too many abnormal desires. Sin because they had met on a date arranged by Leah’s organization, a vice syndicate that sent women to men’s hotel rooms, selling sex for a fat profit. And sinful was their love, sinful their flagrant desires, sinful their passionate attacks on the rack of love. They were enmeshed in a hopeless tangle of shame and danger, for neither could back out now from their web of —
… Dark Lusts!