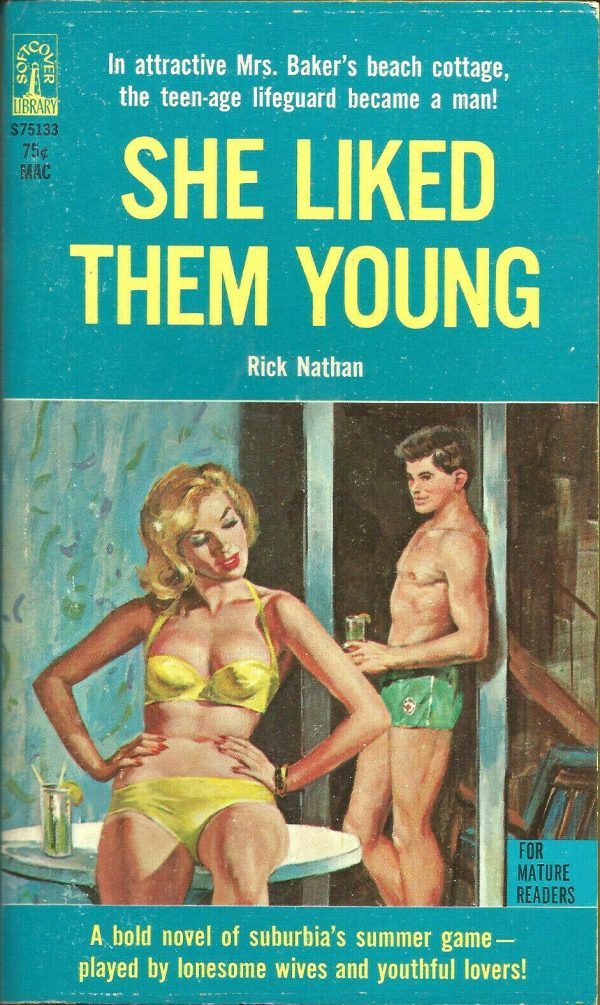 MRS. LYNN BAKER WAS QUIETLY ON THE PROWL!
Her husband knew it, but there was no way he could keep her satisfied. She had already seduced his next-door neighbor and was restless for new conquests. Her ultimate sex-challenge was Tony, the summer colony’s teen-age lifeguard. On this bronze young god, she lavished all the delights of a private apartment, money galore and her own lush, mature charms. So far, so sweet. But could a woman like Lynn Baker hold a boy like Tony? He had some ideas of his own about the set-up. One was a swinging teen-age chick on the side. Another was a special session à trois for fun and profit.
Mrs. Baker had lured a tiger into her bed—but could she keep him under control?
A NOVEL WITH SOME EARTHY DISCLOSURES ABOUT MATURE WOMEN —AND THE YOUNG LOVERS THEY RELISH